Stormblood will continue to follow players as they attempt to liberate Ala Mhigo, a land conquered by the Garleans twenty years ago. Players will finally get the chance to set sail from Eorzea for the first time as they head to the lands of Doma and Kugane in their quest to liberate those lands.

This expansion is introducing two new jobs, the Samurai and the Red Mage. The Samurai is a melee DPS class that encourages players to execute weapon combos. As players use combos they build up Kenki, a resource that allows Samurais to unleash devastating special attacks. The Red Mage, on the other hand, is a Magic Ranged DPS who balances both black and white mana while fighting with their rapier. When both types of mana reach certain levels, the Red Mage’s rapier becomes enchanted, allowing the player to deal additional damage.

While the new jobs will help players in their quest, that is not all. The level cap has been increased from 60 to 70 allowing players to unlock new power that they will need to defeat their Garlean enemies.

Players will be granted a new way to explore as they will now be able to dive into the prisitine waters off Eorzea’s shores. There are various quests that players will able to get only through swimming.

The new lands players can explore can also become home to them. New plots of land for player housing have been added in this expansion.

Perhaps the second largest change is the revamp of the PvP system. Players will no longer be able to use PvE actions and instead will be able to use a completely different set of actions created just for PvP.

Coming in future patches for players is a new high-level raid: “The Bend of Time – Omega.” Omega returns to the storyline but they mystery of why will be unveiled throughout the story surrounding the raid.

Players will have the option of two different types of items available to purchase if they want to advance through the main scenario. The Tales of Adventure: A Realm Reborn will put players at the end of the base game’s storyline letting players experience the Heavensward scenarios and the new Stormblood scenarios. This will be available for $18.

For players who want to just experience the new content, there is the Tales of Adventure: Heavensward for $25. This will put players just before the new Stormblood content so players can jump right into the new expansion. 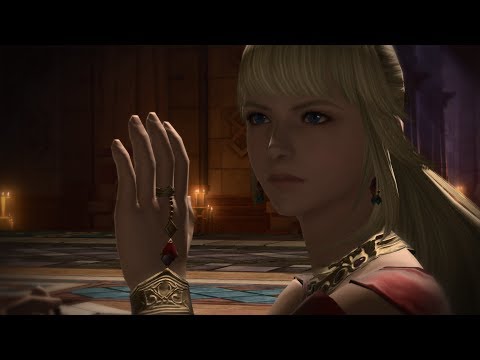