The third and final leg of the worldwide Final Fantasy XIV Fan Festival tour kicked off in Frankfurt, Germany early this morning. After the debut of a stunning cinematic trailer for the MMORPG’s next expansion, Stormblood, director Naoki Yoshida took to the stage to make several announcements about what to expect when it releases on June 20.

Fans have long wondered what role the mysterious Eastern nation of Doma might play in the future of Final Fantasy XIV. We now know that Stormblood will take players beyond the previously-announced land of Ala Mhigo all the way across the ocean to Doma. The story will center around players’ involvement in liberating these two nations from the oppressive hand of the Garlean Empire. It was also revealed that players will be able to don the mantle of the Samurai, a brand-new job class that uses Iai sword techniques in conjunction with the art of “Sen” to deal massive damage to enemies.

Yoshida also revealed a number of new field areas and dungeons set to make their debut in Stormblood, including the Asian-inspired hub city of Kugane, the sweeping Azim Steppe, the pirate-infested Ruby Sea, and more. A new beast tribe called the Kojin was also revealed, as was its patron deity, Susano, a so-called “Primal” who stands alongside series mainstays like Ifrit, Shiva, and Ramuh.

Players will also be pleased to know that a fourth housing area, Shirogane, is planned for release shortly after the launch of Stormblood. Yoshida explains that the delay is intended to give players an opportunity to enjoy the new jobs and Stormblood‘s main scenario before settling down into a new house. However, with the release of the expansion, furnishing capacity will be doubled for all house types, making it easier than ever to create the perfect space for relaxing after a hard day’s adventuring. 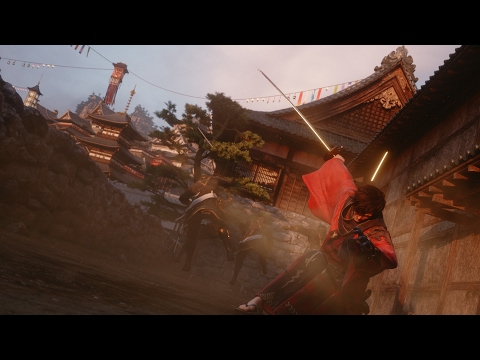 Veteran Final Fantasy composer Nobuo Uematsu made an appearance at the keynote’s conclusion to reveal that his theme song for Stormblood will be titled “Revolutions.” It will be sung by Susan Calloway, who previously performed both “Answers” and “Dragonsong,” the themes of Final Fantasy XIV: A Realm Reborn and Final Fantasy XIV: Heavensward, respectively.

Stormblood looks to continue in the grand Final Fantasy tradition of rich storytelling, spectacular visuals, and meticulous attention to detail that makes the series stand head and shoulders above its competition. The expansion is slated to release on June 20 for PlayStation 4 and PC. Pre-orders start at $40 and grant early access to the game beginning June 16.