Fight off your daemons 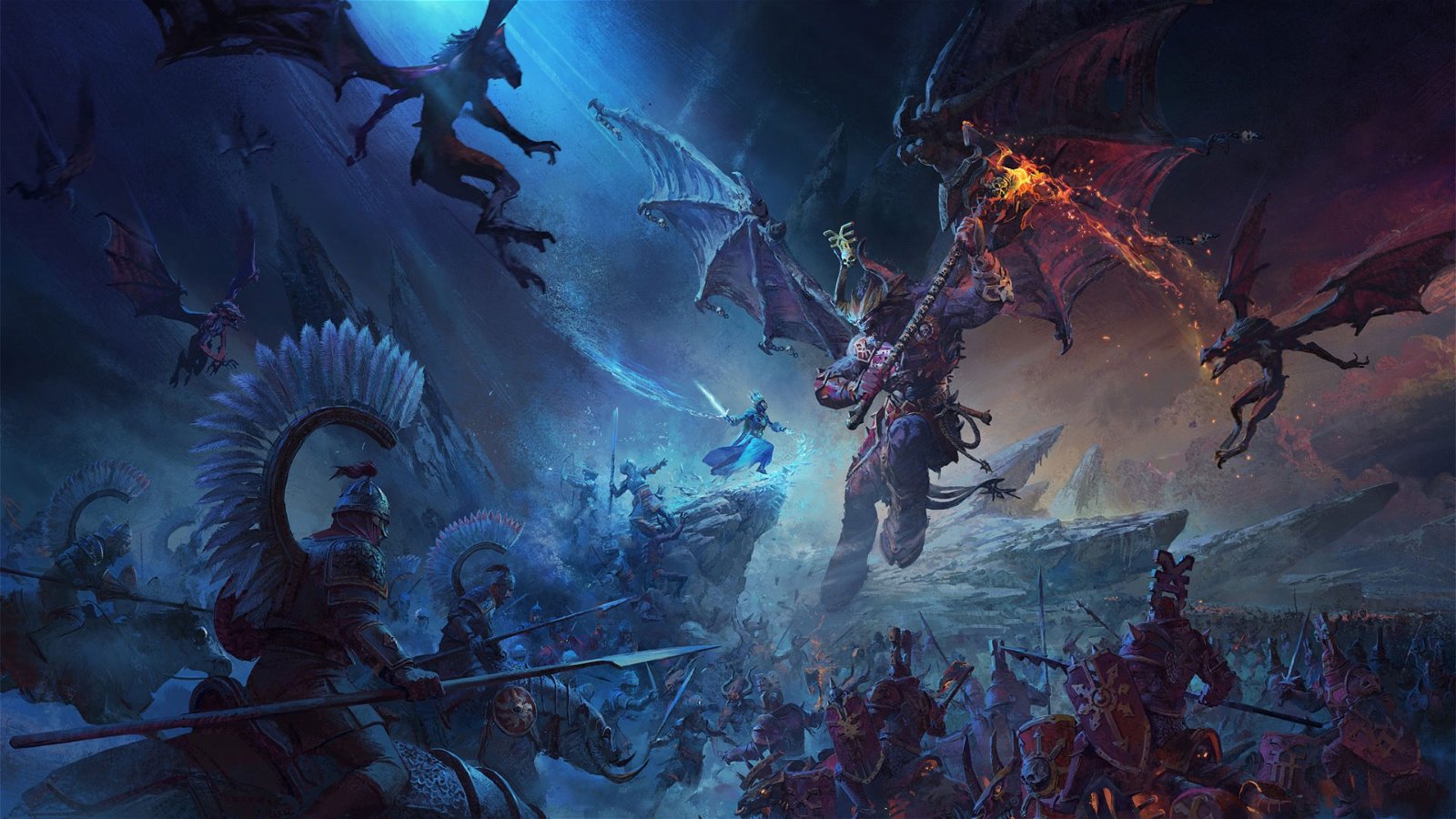 Sega Europe, Creative Assembly, and Games Workshop are joining forces once more for Total War: Warhammer III, the conclusion to an epic trilogy.

Players will be thrown into a cataclysmic conflict once more as a reality-warping conflict between the forces of Chaos and the guardians of the mortal world. Warhammer Fantasy Battles‘ iconic races jump to the screen once more, including the debut of the frigid Kislev and the Chinese-inspired Cathay, as well as the forces of the four Chaos gods.

Neither human race is currently available for the tabletop game, so dedicated fans or curious newcomers can get a taste of these factions before they return in miniature format.

In Total War: Warhammer III‘s campaign mode, players will journey across the hellish Chaos Realm, battling legendary heroes, gargantuan monsters, and hordes of foes in grand-scale strategy battles. Decisions will shape the ultimate outcome of the story and the fate of the world—will you save or exploit the power of a dying god?

“Our vision, from the start, was to create a series that felt like an incredible journey through this world we all loved.,” said Game Director Ian Roxburgh. “The enormous support of our players in ensuring the success of the first two instalments has pushed our ambition to new heights, and we can’t wait for everyone to experience it.”

“The craft, dedication and authenticity to the Warhammer world that Creative Assembly has poured into the celebrated Total War Warhammer franchise over the years has been a delight to us at Games Workshop and fans worldwide.” said Games Workshop’s Global Head of Licensing Jon Gillard. “Creating and developing the armies of Cathay and Kislev for this project has been a lot of fun for our designers and we’re looking forward to seeing them take to the field in this huge third game in the series.”

Total War: Warhammer III will arrive on PC later in 2021.