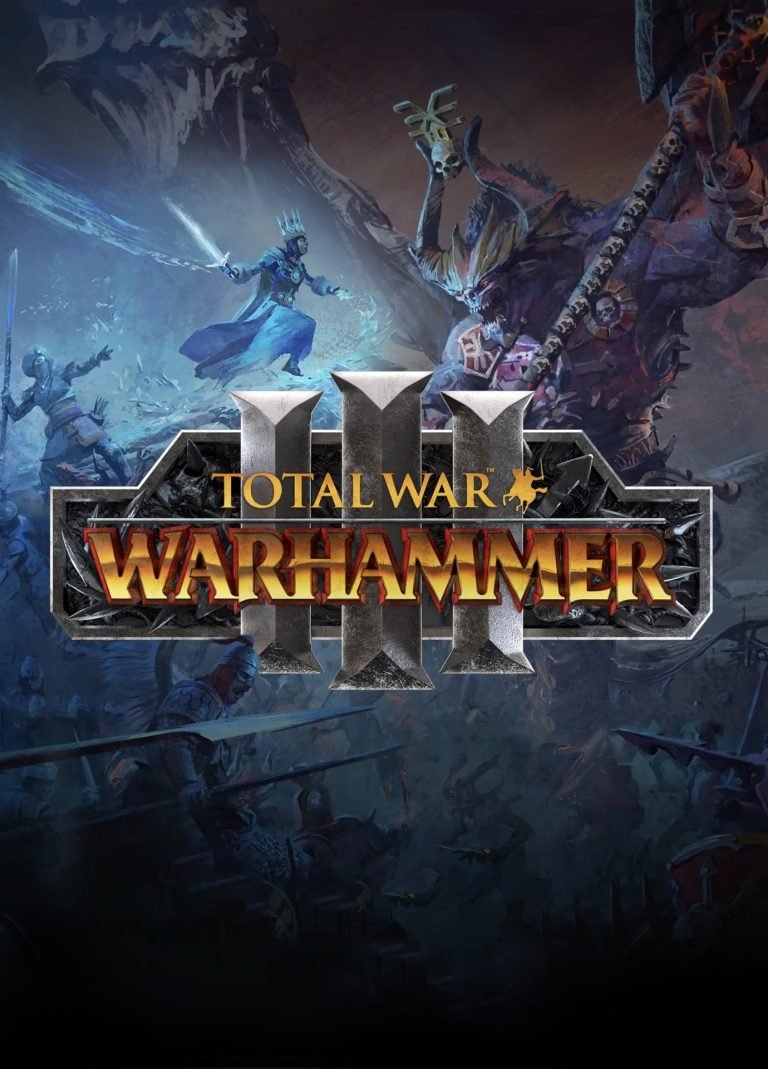 The Total War: Warhammer series is, if nothing else, over-the-top. It’s fitting considering how absurd its source material is, but watching steam powered tanks fire at a gigantic tyrannosaurus rex that is itself being ridden by an anthropomorphic dinosaur is still something I pause at from time to time. Outside the inherent ridiculousness of these visuals, there have been times when the systems underlying the series have failed to capture the depth, complexity, and at times the scale of what Total War aims to be.

But since the release of the first game in the trilogy in 2016, developer Creative Assembly has, through sequels, DLCs and updates, created a game that is much more elegant than the bombastness of its aesthetic may indicate. With Total War: Warhammer III, the team has made an experience that blends together the franchise’s absurdity alongside complex and interesting strategies that make it feel much more cohesive than either of its predecessors.

Set in the Old World of the Warhammer Fantasy universe, the narrative thrust of this entry involves the imprisonment and dying roars of the bear god Ursun, who has been trapped by the daemon prince Be’lakor. His roars open rifts into the Realms of Chaos, and Warhammer III’s main factions—the fantasy Russia inspired Kislev, the fantasy China inspired Cathay, the mercenary Ogre Kingdoms, the marauding armies of the four Chaos gods (Khorne, Tzeentch, Slaanesh, and Nurgle), and the newly risen Daemon Prince — are competing to grab the keys needed to unlock the gate to Ursun’s prison and either save or use the bear god’s power for their own ends.

Total War: Warhammer III is about chaos, in more ways than one. Beyond the fact that five of the eight playable factions involve the Chaos gods, the campaign itself is noticeably more chaotic, offering little respite or moments of calm amidst the unending grind of war. At the outset, every faction in the game finds itself surrounded by enemies and beset by problems that all needed to be dealt with five turns ago.

Take some time to recover and rest your forces, and you’ll be assaulted in short order by one of the myriad factions that will be gunning for you at the same time. Whereas previous entries in the series afforded the opportunity to rest between conquests and expeditions, there is no such chance for a break here. There is always another enemy, another raid, and another Chaos incursion on the horizon.

Because even though there is a need to expand to grow your faction economically, you can’t leave your home undefended. At various intervals in the campaign, gates will spawn throughout the map connecting the mortal realm to the Chaos Realms. You will need to venture into each of the four realms to acquire a soul, which will unlock the path to Ursun.

Yet while you are venturing into each realm, the gates themselves will spawn marauding armies that will attack your cities and provinces, requiring armies to shut them down and stop the spread of corruption. But focusing solely on shutting down these gates allows for outside forces to make inroads. Therein lies the balancing act — how do you survive and thrive against enemies both within and outside your borders?

It’s a delicate balance, but one that makes Total War: Warhammer III much more compelling in its campaign than either of its predecessors. I always felt as though I was running on fumes, with my back against the wall and my armies just a few moments away from breaking entirely. For example, I assaulted the cursed city of Praag with a full stack of units in the hopes of reclaiming it for the might of Kislev.

Imagine my surprise when reinforcements came from behind to take the fight outside the city, putting me at an almost two to one disadvantage. The resulting battle was bloody, difficult, but I was the victor in the end. Anyone who has played a Total War game can recall moments like this from their own games, but Total War: Warhammer III makes these moments much more epic, hard fought, and memorable in scope.

“Total War: Warhammer III is about chaos, in more ways than one.”

That extends to the Realms of Chaos themselves, which are horrible places designed after each of the four Chaos gods and are taxing on anyone who enters. Lords who enter them and stay too long will acquire chaos traits, which can only be purged with specific methods. Each realm features a certain mechanic that must be passed into order to engage in battle for its respective soul. For Khorne, that means spilling a set amount of blood and killing units to satisfy his whims.

For Slaanesh, that means passing through gates and rejecting offers of gold, campaign modifiers, and equipment. And those offers are tempting — I abandoned one march through Slaanesh’s realm for 50k in treasure, 10 rank ups for every lord and hero in my faction, and a daemon attendant that improved growth by 250 in a province.

Should you reach the heart of a Chaos Realm, you will have to fight in special survival battles that challenge your army to capture points on a map, defend them, and advance to the foot of a citadel to claim its respective soul for yourself. As you capture points, you can construct defences and traps, summon reinforcements, and upgrade units to survive against a never-ending onslaught of daemons.

These are epic battles that can take upwards of an hour to complete, and are very taxing on armies that are composed of early and mid-game units. Survival battles are spectacular, and it’s fortunate that they only appear a handful of times in a campaign, otherwise they run the risk of feeling like too much of a slog. In fact, they felt tiring by the time I fought my fourth one in my first campaign.

It’s ironic that while battles and war form such a large part of Total War: Warhammer III’s structure, even more so than past games, diplomacy is the best it’s ever been. Taking cues from A Total War Saga: TROY and Total War: Three Kingdoms, the diplomacy system is now much easier to use, much more expansive, and much more interesting. The changes are numerous, and all are positive and much appreciated. You are able to trade settlements with other factions.

“Total War: Warhammer III is a great conclusion to a series…”

There is a quick deal button that lets you easily make deals with factions. Forging alliances with other factions allows you to construct outposts which can be used to recruit units from that faction into your army. It’s much easier to understand how close you are to closing a deal. You can threaten others in order to close out a deal or to kick them off your land at the risk of starting a war should they refuse. Diplomacy in the previous Total War: Warhammer games was noticeably poor, and the improvements here go above and beyond making it a useful tool.

There are numerous changes that make Total War: Warhammer III more interesting to play. The UI is cleaned up, making it easier to read and navigate than it was before. The map is significantly larger, resulting in more space between settlements that makes a military campaign feel like an actual campaign as opposed to a brief jaunt outside your heartland. Minor settlement battles aren’t fought on a nondescript map anymore, with each settlement having streets to traverse, capture points to defend, and defences to construct.

This all goes to say that Total War: Warhammer III is a great conclusion to a series that has reinvigorated what is possible from the Total War franchise. It’s epic, chaotic, and makes me want to wage campaigns against Chaos again and again.