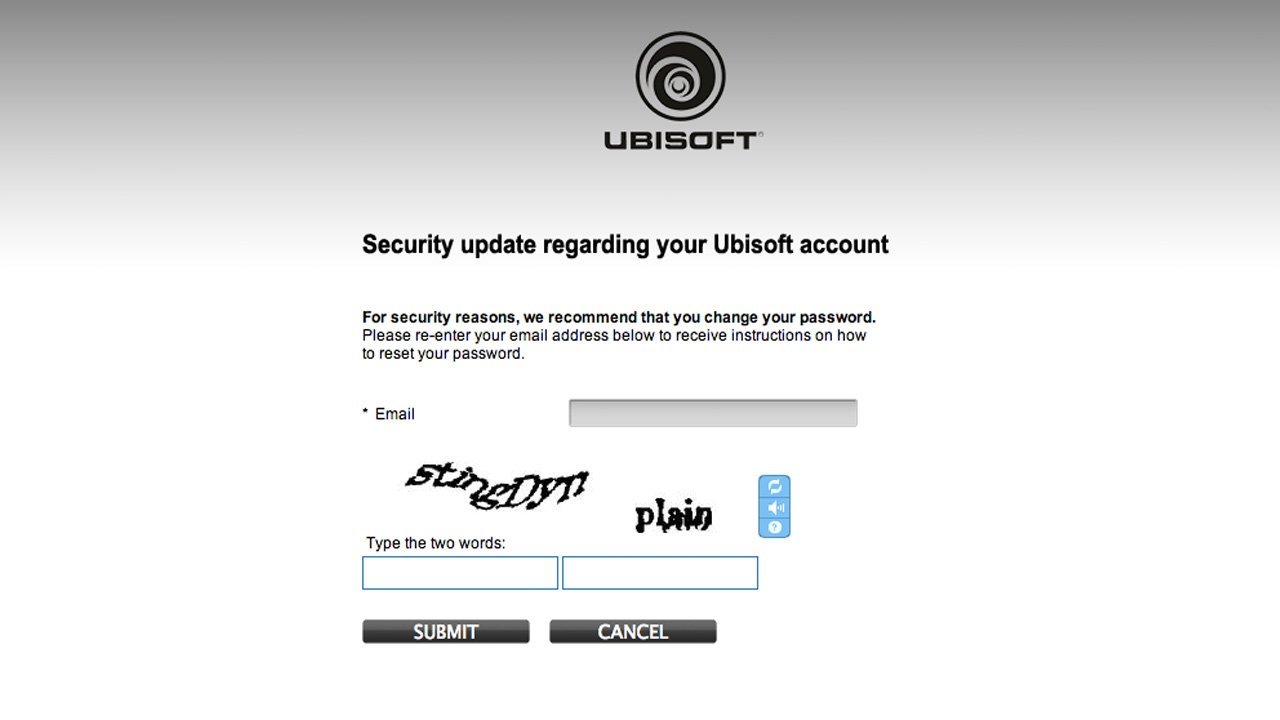 Ubisoft has urged users to change their online account passwords following an incident in which an intruder hacked and exploited one of their websites.

“During this process, we learned that data were illegally accessed from our account database, including user names, email addresses and encrypted passwords,” Ubisoft posted in an update.

Ubisoft said they are unable to go into specifics of the incident for security purposes, but rather succinctly described the happenings as such: “Credentials were stolen and used to illegally access our online network.” Ubisoft has closed off the online access, and initiated a thorough investigation with authorities and security experts.

With respects to financial information, Ubisoft says such personal information isn’t stored within accounts; therefore, hacking attempts to access debit and/or credit information was not at risk from this intrusion. Also, neither phone numbers nor physical addresses were hacked.

Ubisoft has created a forum in which users can post questions or concerns in relation to the incident.