A new update has landed for the PC version of Warframe, today, titled Chains of Harrow. Despite Chains of Harrow for PC users, those playing on PlayStation 4 and Xbox One will have to wait until a later date to get their hands on the new content.

The update introduces Harrow, a new Warframe who wields priest-style powers and offers a new, lore-based quest. Players will also be able to play as Harrow, making use of defensive abilities and energy buffs for other players. Chains of Harrow also adds new content from new enemies and weapons to new cosmetics for players to use.  Additionally, today’s update also reveals the beginning of a planned graphical overhaul of Warframe’s solar system, starting with Earth. The game’s new graphics will be powered by Digital Extreme’s new proprietary Evolution Engine. This new update will bring new life to the formerly good-looking planet, dubbing the planet “Earth Remastered”. 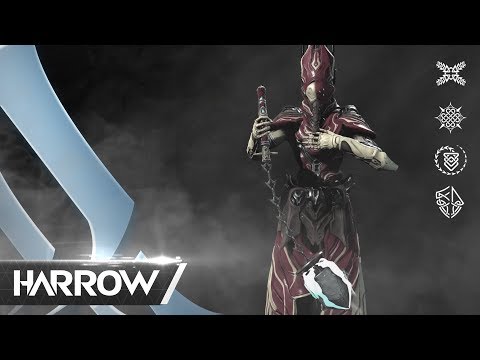 Digital Extreme will be attending the second annual TennoCon on July 8, 2017 in London ON, Canada. Tickets for the event are nearly sold out but are still available. For those unable to attend the event, there will be a Warframe livestream on Twitch starting at 3 p.m. PST (6 p.m. EST). The live stream will be showcasing the biggest Warframe reveal of the year.

Released in 2013, Warframe is a free-to-play third-person shooter. Players control members of the Tenno, a race of ancient warriors who find themselves at war with different factions after waking up from centuries of cryosleep. In Warframe, players are able to cooperate in mission-based combat and quests that follow a narrative. Players can also go up against each other in “Conclave.”

Warframe currently has over 30 million registered users. Shortly after its PC launch, the game released on PlayStation 4 and later on Xbox One.