World War 3 just released its announcement trailer, and it’s two minutes of grit, combat and an emphasis on teamwork. The multiplayer and military-inspired first-person shooter game is set in a modern, global conflict.

With real locations like Warsaw, Berlin and Moscow and a customization system, the game adds to the authenticity of the modern combat experience. This is only enhanced with a ballistic system, armour and life-like weapons. World War 3 also boasts an authentic bullet versus armour system.

The consequences of every battle were taken into account when working on World War 3, as the game was produced in cooperation with military consultants and research and development centres. For example, the strategic war map showcases this, with resources rewarded based on player performance. These resources may then be used for either conquering or defending a territory. For every vehicle destroyed, enemy killed, bullet fired and every achievement gained, players get that much closer to uncovering the big picture.

As for combat, World War 3 has two game modes. While Warzone encourages intense firefights and battles based on good teamwork, Recon gets players to cooperate with small reconnaissance squads, who must survive and go into hostile territory to capture targets.

Customization in World War 3 is stated to be very versatile, allowing players to create their own unique combat sets to fit their needs and styles. Since players are not bound by classes and roles, hundreds of combinations can be made with weapon parts, skins and attachments. This is the same case with vehicles, tactical gear and uniforms.

“We are extremely proud that after all these years of development we can officially present World War 3 to the players all around the world,” said Kamil Bilczyński, World War 3’s creative director.

“We believe the game will receive a warm welcome from multiplayer FPS fans and military passionates. We are not slowing down in perfecting the project which we hope to develop together with the community soon enough.”

Created with competitive gamers who grew up playing first-person shooters, World War 3’s developers believe in community feedback and invites gamers to help make the game something they have always wanted to play.

World War 3 will be releasing on Steam Early Access this year. 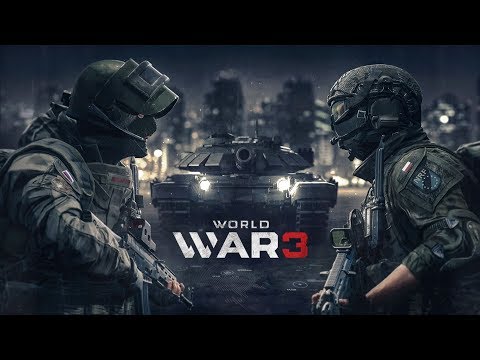 Liked this article and want to read more like it? Check out Brendan Frye’s Call of Duty: Black Ops 4 article.