The Amazon FireTV range has been going strong for a while now. The simple Android based OS is a great, and well-priced option for people wanting to bring the world of streaming to every room of their house. While the streaming sticks are easy to find, and there have been some Toshiba TVs with the OS built in, it has been a much more limited selection compared to other Smart TV brands, at least that was the case.

Amazon recently announced the new Omni range of TV’s bringing a world of 4K entertainment to your living room, all with Alexa built in. While the range does lack some features gamers love, The Amazon Fire TV Omni Series is a great offering, especially for people living the Alexa lifestyle.

Unboxing the Amazon Fire TV 65″ Omni Series, and I was surprised at how minimal yet clean the overall design looks. While it may rest in the mid-range category, Amazon has managed to deliver a set that feels sleek, well-built, and deserving of a place in the living room. The thin metal bezel never takes away from the screen, and the Alexa touches feel at home with the overall design.

I was originally worried about how well the Alexa would look on the TV, but the microphone array at the top remains out of sight, while the Alexa controls at the bottom of the set are easy to access should you want to disable the microphones for any reason. This is a TV designed to be the centre of your smart home, with built-in features that tie together all the Alexa and Smart home products you may already own.

“The overall initial setup will take you less than five minutes.”

The always-on Alexa is great for when you want to check on information, or have the TV play your latest show. Phrases like “Alexa, play Stranger Things” are built right in, and it has made jumping into a show much easier.

The TV comes with everything you need to get things rolling, including the two legs, a Fire TV Alexa Voice remote, an IR Emitter, the screws to put everything together, and a power cord. The setup process is also painless, and provided you have an Amazon account to link when you turn the TV on the first time, the overall initial setup will take you less than five minutes. If you have ever used a Fire TV device before, it can import your previous settings, getting everything ready.

The Amazon Fire TV 65″ Omni Series comes with a range of ports, including 3 HDMI 2.0 ports, an HDMI eArc 2.1 port, IR Emitter port, 3.5 mm headphone jack, a single optical port, Ethernet port, and a cable/antenna port to connect to your standard live TV connection if you have any. The TV also supports Bluetooth 3.0, and Wi-Fi 802.11 ac2x2 MIMO, and has 16Gb of onboard storage for apps and games.

“The screen’s Direct LED panel feels great with streaming content and delivers a screen that feels vibrant and clear for most of your living room needs.”

The remote is inline with many FireTV based devices of the past. You have the typical buttons you expect, power, volume, channel, directional pad, along with play controls, but it also features a dedicated Alexa button you can use to call up Amazon’s virtual assistant anytime you have a question. Alternatively, if you have not muted the TV, you can just speak as you would with any Alexa based device, and the TV will respond as you would expect.

With any TV, all the bells and whistles in the world will not hide a bad picture. Thankfully, Amazon has delivered in this department. The 65” screen features a 4K 3840 x 2160 60Hz panel that supports HDR 10, HLG, Dolby Vision (65″ and 75″ Omni Series models) and supports 8bit-10bit color depth (HEVC/AV1) inputs. The screen’s Direct LED panel feels great with streaming content and delivers a screen that feels vibrant and clear for most of your living room needs. The HDR support is a great touch, especially when comparing it to some lower end models that do lack Dolby Vision.

Jumping over to gaming, and both the PlayStation 5 and Xbox Series X|S works well with the Amazon Fire TV 65″ Omni Series. In game modes I saw no delay with either console, and the 4K HDR screen looked stunning in 4K games, including titles such as Marvel’s Guardians of The Galaxy, Back 4 Blood, Far Cry 6 and Death Stranding Director’s Cut.

One major gripe I have with the set is the lack of 120Hz, especially with the current generation of consoles. While the PS4 and Xbox One could look stunning, it was rare to see games pushing past 60FPS, but that is no longer the case, and with games like Forza, that feeling of speed can be hampered by only having 60Hz.

“Thankfully, the Amazon Fire TV 65″ Omni Series was very easy to hook into a surround sound system with the eArc port.”

The HDR features, on the other hand, were stunning in both games and movies. I tested a range of media, from a selection of different movies and shows on Netflix, to the latest and greatest games on a plethora of consoles, and everything looked absolutely stunning on the Amazon Fire TV 65″ Omni Series. Comparing it to the 2020 TCL 6 Series, Amazon has done a great job delivering a centrepiece of your entertainment world. The contrast of lights and darks, even in low light-scenes was fantastic, making a very immersive entertainment experience.

As with any modern TV, the built-in speakers will get the job done, but there is nothing to write home about. The 8W+8W audio is just not loud enough or rich enough to fill most people’s rooms, and while it sounds okay at low volumes, it did feel tinny when you started turning up the dial. Thankfully, the Amazon Fire TV 65″ Omni Series was very easy to hook into a surround sound system with the eArc port. Simply plug in the cable, and you should be good. You can adjust settings in the menu, but in our experience, it was very much plug it in and forget it.

There is also a planned Alexa Home Theatre feature that promises the ability to use your Alexa speakers as the surround sound setup for your Amazon Fire TV 65″ Omni Series. Sadly, we have not had a chance to test this, since it was not available at the time of writing. But when it is available, it will allow users to pair speakers wirelessly using the Alexa app and could be a great addition to an already existing setup should you want to expand the audio experience.

Even without some features that are still in the pipeline, the Amazon Fire TV 65″ Omni Series feels very much the centre of your Alexa experience. From jumping onto a voice call, to viewing a picture-in-picture of your Ring front door, Amazon has built this TV to connect everything in your smart life. Thankfully, Amazon has been working on Alexa for a while now, so many of the features included work seamlessly with the Fire TV OS.

I was surprised at how well it connected to my Alexa-filled home, with very little work on my part needed to get things ready and running through the TV. Even the ability to turn the TV on by saying “Alexa, Turn the TV On” was magical the first few times I tried it.

The Fire TV OS is also a highlight with the Amazon Fire TV 65″ Omni Series. While I have been skeptical of the TV offering from Amazon in the past, the interface has improved greatly over time. It now feels painless to load up my favourite apps, or just play a movie from Netflix, Amazon Prime, or countless other services on the platform. While it may not have as much as Roku, the Fire TV OS feels very robust, with no app I wanted being unavailable at the time of testing.

Even with all the things I liked, the Amazon Fire TV 65″ Omni Series is very much built for people already invested in the Amazon ecosystem. Being based on Alexa, if you use Google Assistant as your primary source, you will be losing out on much of what makes this TV exciting. While it can be worth making the switch provided you want to have a uniform experience throughout your house, it all depends on your needs, wants and how much you are looking to spend if you are already invested in another ecosystem.

Amazon has built a stunning TV with the Amazon Fire TV 65″ Omni Series, delivering a premium looking TV with a stunning panel. While I am disappointed by the lack of 120Hz, especially with the PlayStation 5 and Xbox Series X|S now here for gamers to enjoy, it delivers enough to make it an easy recommendation. The picture is stunning, Fire TV OS is easy and fun to use, and who does not love the feeling of using Alexa to control the TV. If you are in the market for a new TV, and are already invested in Alexa, look no further than the Amazon Fire TV 65″ Omni Series.

The Amazon Fire TV 65" Omni Series is a fantastic offering, delivering great picture, HDR and the magic of Alexa all in a sleek premium looking package. 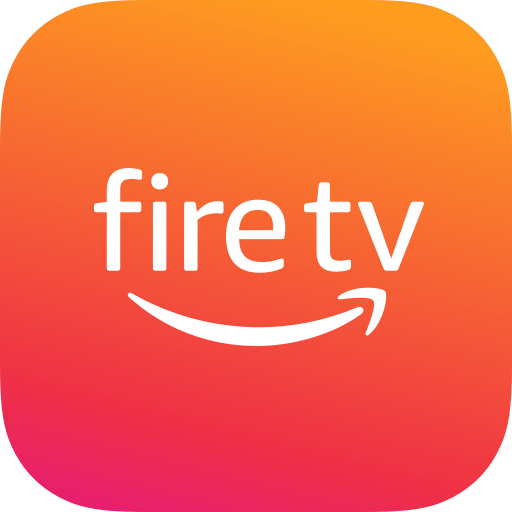