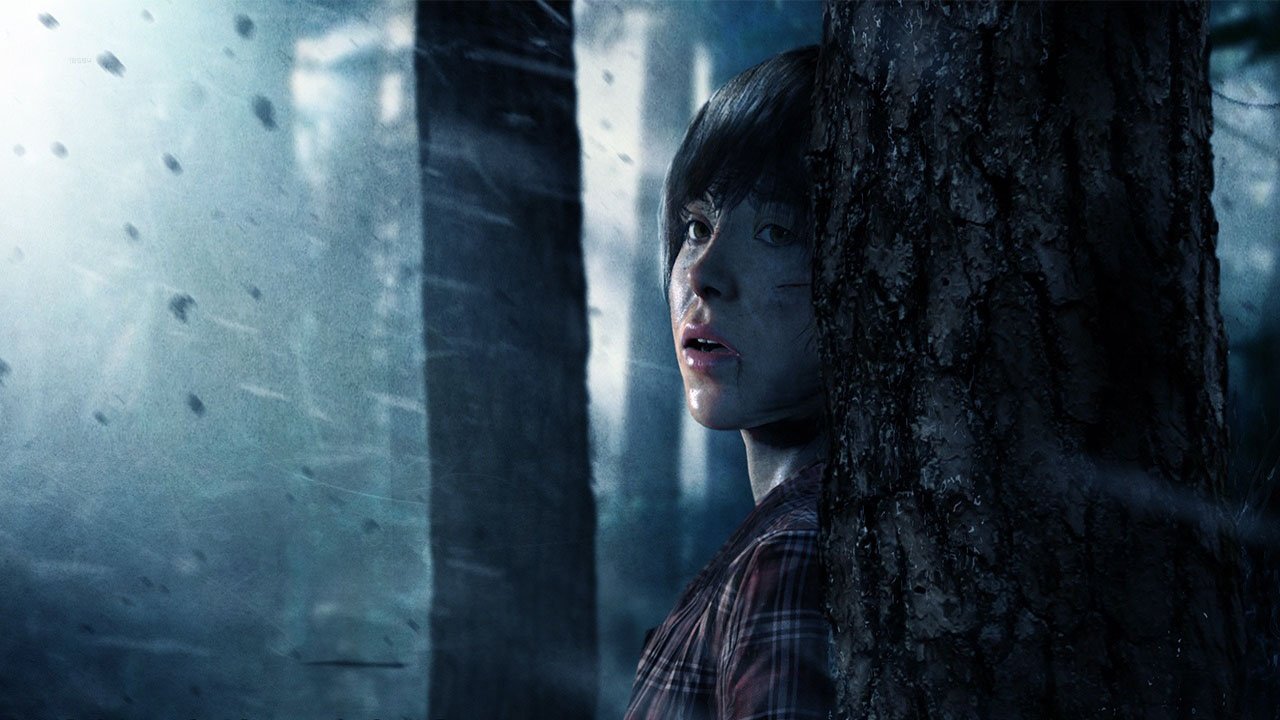 David Cage is an auteur. He’s a man that believes in a singular creative vision, and, as with cinema directors, impresses upon an entire project and team that vision. Consequently, that means a David Cage game is hard to confuse with any other, and it also means that its lack of generic characteristics won’t appeal to as broad an audience. That’s certainly the case with Beyond: Two Souls, his latest game, although as usual, the term “game” is a difficult one to apply in this case; it’s not the sort traditional play that conventional audiences expect. So is it good? If you like David Cage, then YES, this game is good. If you hated his previous efforts, it’s time to stop reading this review.

Beyond: Two Souls starts out simply enough and then, in typical Cage fashion, goes to some strange, unexpected places. The main plot centers on Jodie Holmes—as played by Ellen Page—a girl with a constant companion; a ghost named Aidan that acts an extra spiritual pair of eyes, ears and occasionally very lethal hands. The story is told non-sequentially, jumping across different points in Jodie’s life from her early childhood to her eventual career with the American government, all the while emphasizing the sense of separation and alienation she feels over never having a normal life.

At this point, many people who played Heavy Rain may be wondering how the story and writing ultimately stack up to that game. Heavy Rain made some inroads for cinematic games, but at the same time, there were some plot twists that relied on narrative cheats in order to keep the audience guessing. This time around, thanks in part to the focus on only one character, Cage manages to avoid any catastrophic narrative failures, although he still doesn’t craft the tightest plot or most quotable dialog. What he has nailed, however, is a compelling (perhaps manipulative) character study of what it’s like to be someone with a gift you don’t want that others fear, except for the powerful, who view said gift—and you—as a useful tool. Beyond: Two Souls fails miserably at subtlety. It never attempts it, really, but there are certain moments in the game when the raw emotion, helped by some talented performances, rise above the clumsy story moments to genuinely engage the player. Sure, Cage may sometimes write a clunky line of dialog that doesn’t feel natural coming out of Ellen Page’s mouth. But, when she feels lonely, heartbroken or even betrayed, it’s hard not to become invested in her suffering thanks to Ellen Page’s talent, and the phenomenal motion/facial capture work used by Quantic Dream to make sure that performance comes across.

You Play & Watch, But Mostly Watch

And here, as we get to the gameplay, is the part where many people are going to be divided. Like Indigo Prophecy and Heavy Rain before it, Beyond: Two Souls is a game that is primarily focused on its story, and the emotions of its characters. As a result, the number of activities Jodie Holmes performs over the course of the game far exceeds the typical range of action in a first or third person shooter, and so the variety of actions is performed via quick time events. Some will say that a game shouldn’t rely on QTEs and for fans of mechanics and systems, this definition of a game means David Cage’s games are not for them. But then there are those that prefer to emotionally invest in a story or a group of characters, and these are the people that Cage is trying to rope in with his particular brand of videogame. This is not for everyone, but for those willing to overlook the lack of traditional interactivity, and Cage’s occasional writing/dialog stumbles, there is a game here that is trying to go in some very different places. It’s a brave game, clearly trying to pioneer something, and it’s hard not to respect David Cage and the Quantic Dream team for at least trying to provide an alternative to the FPS that isn’t just as equally established as the point and click adventure.

There’s also an ability to play the game in local co-op, with one player controlling Jodie while another controls Aidan, her ghostly partner. This lends an interesting dynamic to the game, particularly when played between people who might not always agree. The person controlling Jodie, for example, may prefer more restrained, diplomatic solutions to problems while the person controlling Aidan may simply resort to revenge or violence. It’s another unique twist on the idea that Cage games are like movies where one person controls a character. When TWO people are involved, it can create dramatic tension in the living room as well.

But even with the added local co-op—and the ability to play using a mobile device—Beyond: Two Souls is still about QTE prompts interspersed with dialog choices and many long cutscenes. In some ways, this is becoming a familiar structure just because of the recent critical success of The Walking Dead, which also left more traditional, hardcore puzzle solving elements of a point and click adventure by the wayside in favor of story. All of this is part of a greater effort on the part of some game creators to try and make the systems less visible and put the player in the moment, experiencing the misery, fear or even joy of the characters in the game.

In this respect, Beyond: Two Souls succeeds. Not all the time. Maybe not even most of the time. Overall, the writing, structure—and perhaps most importantly—pacing of the Walking Dead is superior, with a more consistent level of quality. Cage is an uneven writer and director, and some moments don’t ring true. Then there are other moments, such as the “Homeless” or “Navajo” sections of the game where real moments of humanity manage to shine through. It’s just that for every moment when Beyond feels like it’s doing something really significant, there are others that feel either weak, or even tangential. The game has much in common with Cage’s PS2 game, Indigo Prophecy, in that it goes to many places that don’t always feel natural. There won’t be any spoilers here, but while a girl growing up with a ghost can feel authentic during awkward moments like first brushes with other teens, or even struggling with feelings of self-worth, other moments are simply out of whack. Super spy portions and even contemporary military shooter sequences run right beside childhood abandonment issues and paranormal investigation. The game goes all over the place. Yet… despite the unevenness, there are still moments when Beyond: Two Souls works well. It means taking a more forgiving eye towards Cage’s narrative weaknesses, and it even means letting go of more traditional notions of what a game is. But it goes to places most games won’t go, and attempts to confront players with feelings most games don’t want to touch. There is plenty of machismo and even angst in the narrative of games today, but how often does a game deal with real, everyday loneliness? Or even the issue of homelessness and what it’s like to live on the streets? Every year some game takes us to the Middle East to shoot things, but how many of those games force us to confront the innocent collateral damage of our actions? Beyond: Two Souls attempts to go to all of those places, and more, and while it’s not a unilateral success, gaming as a medium is, in some way, improved by even just the attempt.

This is not a long game, it can be finished in ten hours or less, and the nonlinear nature of its first playthrough can create serious pacing problems, especially for longer play sessions. But it dares to do some original things, play with original themes, and provoke some emotions other than anxiety or competitive spirit. And in the end, Ellen Page’s performance manages to create a Jodie Holmes that people can care about. This is not a game for everyone, but for those willing to take a chance on its eccentric character, it’s a memorable experience. 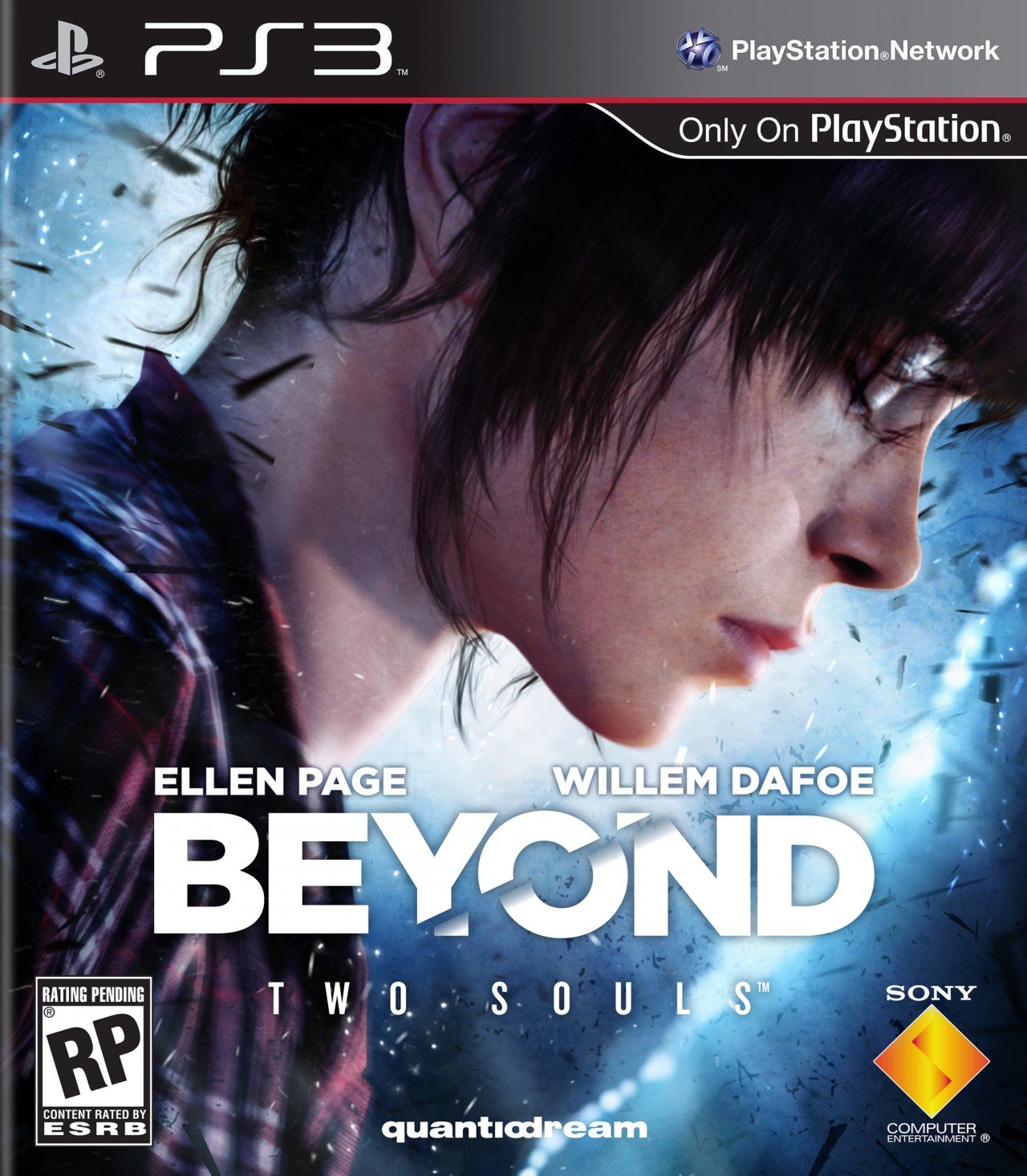