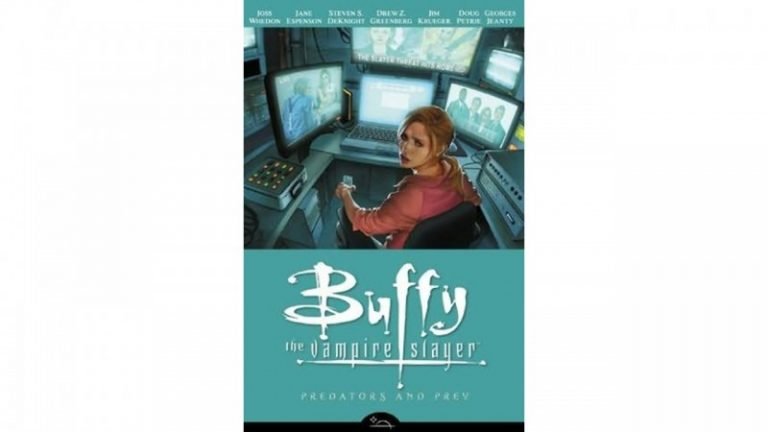 There’s an old saying: Too many cooks spoil the broth. Generally speaking, it means that an excess of helpers, regardless of their intentions, tend to mess things up. That old saying speaks volumes about Buffy Summers’ new predicament in Predators and Prey. That is, if by “cooks” you mean “vampire slayers” and by “broth” you mean “the tentative balance between mankind and the forces of darkness”.

Okay, so it’s not a perfect comparison, but you get the point.

As you may recall, the final season of Buffy showed how The Scooby Gang used ancient magic to sidestep the Chosen One prophesy and turn every potential slayer into an actual one. But because Joss Whedon loves his pathos, he ensured that Buffy: Season Eight explored the mystical consequences that such an act of girl power might cause.

One year into the fateful fallout, Buffy leads an international coalition of slayers from a magically protected command centre in the Scottish highland Of the 1,800 worldwide slayers, only 500 work alongside Buffy in well-disciplined “squads”. That leaves roughly 1,300 rogue slayers loose in the world. As the issues unfold, the actions of a few untrained and unsupervised girls turn a fearful public against all slayer

Forced into hiding, the Chosen Many must now contend with the consequences of a vampire-based reality show, an island of misfit slayers, an Initiative-like government agency, and an enigmatic super-villain named Twilight.

An entertaining read for fans of the series, Predators has perhaps a few too many plot twists packed into the story arc. That is, if by “plot twists” you mean “plush but blood-thirsty vampire kitty dolls” and by “the story arc” you mean “a thinly veiled excuse for zany, zany fun”.

An entertaining read for fans of the series, Predators has perhaps a few too many plot twists packed into the story arc.
REVIEW SCORE
8
File Under: