An illustrated map of Bat-canon 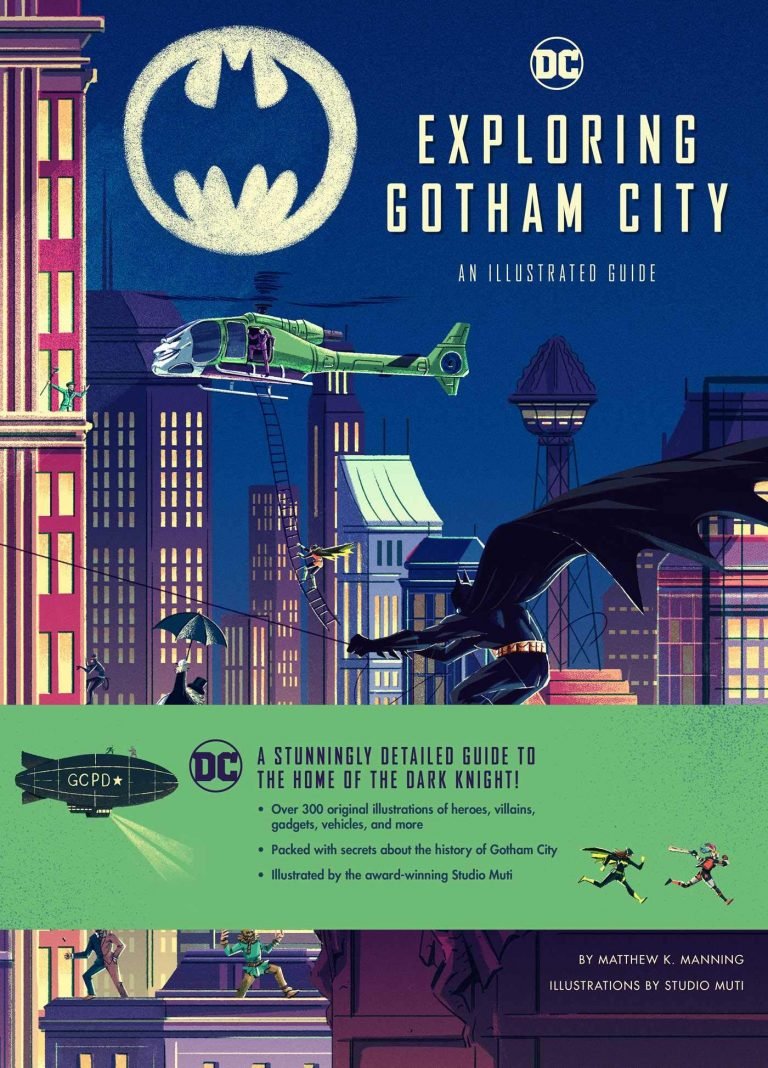 Comics canon has always been somewhat of a web. With relaunches, one shots being dragged into canon, and years of creators tackling familiar characters, it’s difficult to paint one picture of a comics universe. What Exploring Gotham City, an illustrated guide to Batman’s locale, does is attempt to reconcile years of canon into an easy to digest guide.

Relying on maps and architectural breakdowns Gotham City buildings and boroughs, the book zooms in and out of Gotham to explain its geography in every dimension. Without getting caught up in timelines, it breaks down the levels of each space with the necessary information to understand it. One could imagine it being useful as an academic resource for someone creating a story of their own. Painting a north-south-east-west view of the city, the book serves as an excellent resource for those looking to get a better handle on canon and to get an “until low” look at Batman canon.

Where the book gets lost is in its balance of approachability and target audience. What it does is create a fulsome guide to canon for those unfamiliar, perhaps readers who want to dive into a new comics series with more background. That said, while it seems to be targeting that audience, it can get a bit mixed up in itself by not knowing how difficult to digest some things can be to greener readers. For instance, it slots in Court of Owls background, but doesn’t account for how quickly a new reader would breeze by the word “Talon.”

Strewn about the book that could be, itself, called a collection of easer eggs, are fun bits for superfans to pick up on. There are unnamed floating characters and background bits and bobs that will be exciting in any context and encourage readers to dive even deeper.

The beautiful illustrations by Studio Muti add a level of interest the book needs. As it is mostly academic and not a narrative, something is needed to ground the book as a piece of work you can skim, read and enjoy. The art, and by extension, the easter eggs, add the level of interest that make this work an interesting piece to consume.

The sum total of Exploring Gotham City is much more research project than it is story. There are elements of story added via the intro between Lucious Fox (the voice of the guide) and Bruce Wayne but it doesn’t add much. Lucious is set up as the narrator who is willing to spill all the details on Batman to an unnamed reader with absolute security clearance. Exploring Gotham City succeeds in doing what it set out to do; making the entire Bat canon accessible and approachable. For those who want to deep dive into the background of the Dark Knight, this comprehensive encyclopedia of his home turf will be available on March 16, 2021.

Exploring Gotham City Is a Comprehensive Guide to the Canon of the Bat That Uses Maps and Layouts to Fill in the Entirety of the Comics History. It’s a Bit Confused About the Readers Bat-comprehension Level, but Is All in All an Easy to Digest and Fulsome Guide That Should Appeal to New Readers Looking to Catch up Before Diving Into a Batman Comic.
REVIEW SCORE
8
File Under: Batman