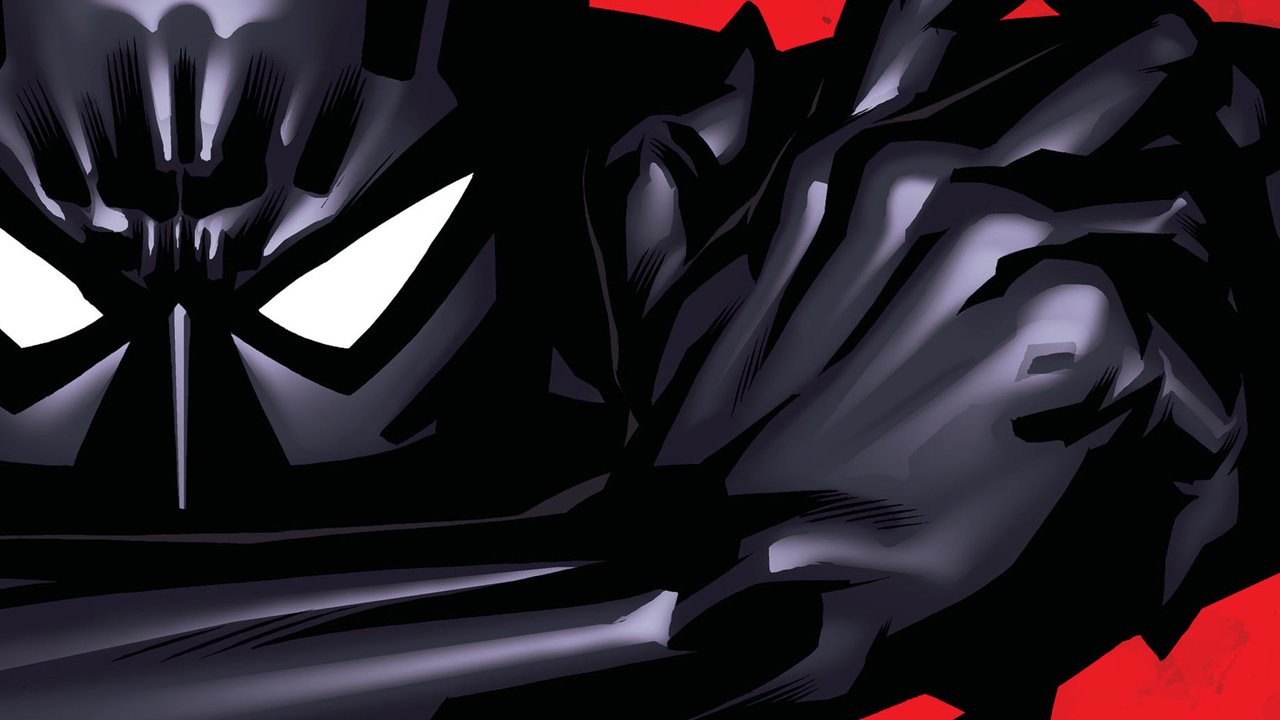 Batman comics have been around for over 75 years. Outside of a few “elderly Batman” storylines, he has never really aged. But in Batman Beyond, the moniker of the bat is adopted by someone other than Bruce Wayne. The Dark Knight is now Terry McGinnis, with a different bat suit for a different time. Batman Beyond started as an animated TV series in 1999. After that, the title popped up throughout DC Comics, and is now coming to the company’s newest rekindling of the DC universe in  Batman Beyond Rebirth #1.

Batman Beyond Rebirth #1 is set decades from now, and its  opening panel sequence is more reminiscent of the film Blade Runner than of previous Batman comics. We are no longer in Gotham City. This is Neo-Gotham, a city plagued by a clown clad gang called the Jokerz. They are terrorizing a hovering bus high above Neo-Gotham. And the only one standing in their way is Batman – dressed in his Beyond outfit, looking more like a devil than the dark knight. Batman pounds on the two members of the Jokerz gang and as he punches, we are treated to a flashback sequence showing how McGinnis became the Caped Crusader. We see a white haired Bruce Wayne initially refusing to help McGinnis become Batman, but then offering help from the sidelines after McGinnis steals his suit

For this reviewer, the biggest draw in Batman Beyond Rebirth #1 is the fact it’s set in the future. And not just the near future: this world combines Batman with science fiction. It takes us on sci-fi’s delightful journey to answer the question of what our cities will look like in the future and what place superheroes will have there. It’s good to know, at least to writer Dan Jurgens, not everything has changed. Batman still pulverizes bad guys and the Joker still has his tentacles in madness and mayhem. Jurgens exceeds expectations with this issue, giving readers enough connections to the past (mainly through the bat suit and Jokerz gang) to make the transition from our beloved Bruce Wayne to McGinnis less traumatic. Batman Beyond Rebirth #1’s flashback sequence plays homage to an aged Dark Knight, one who has almost lost to the greatest villain of them all – time. For Batman Beyond Rebirth #1, it is a needed transition. The audience needs to see Bruce as a near crippled old man to accept a new hero taking up the cowl. And Jurgens pulls it off with flying colours.

Ryan Sook’s artwork glorifies Jurgens satisfying script, bringing to life this new Batman, yet still honouring the past.  The striking clown makeup he uses for the Jokerz gang furthers the striking wonder of the images, as does the incessant laughter of the villainous jesters. It’s nostalgic and evokes memories of the clown prince of crime himself.

Batman Beyond Rebirth #1 is an unexpectedly successful single issue. Its combination of a Blade Runner-like future with elements brought forward  from classic Batman tales makes it so.

Batman Beyond Rebirth #1 is a fun look into the future of both Gotham City, its criminals, and the hero the city still deserves.