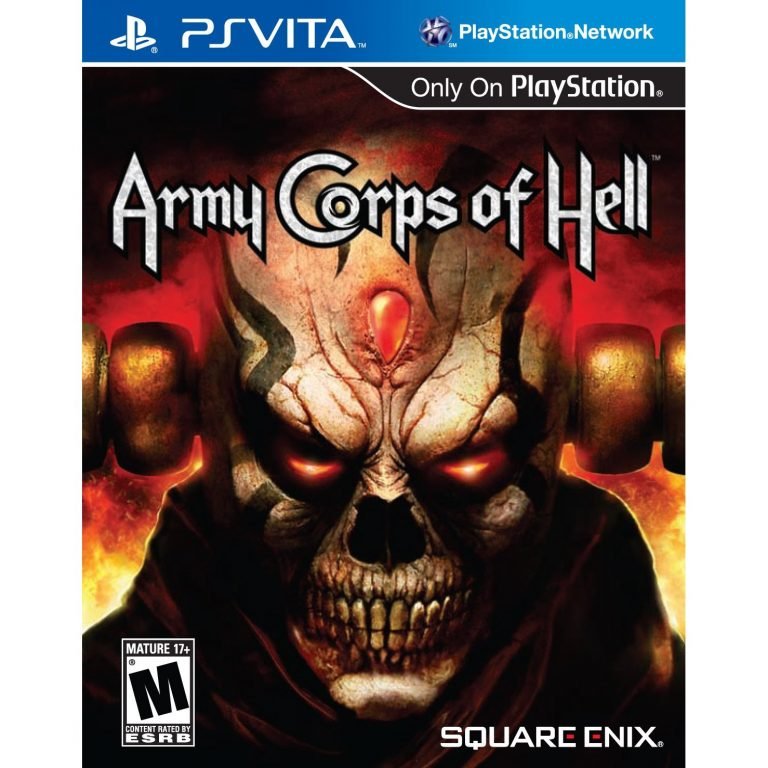 From Square Enix’s stable comes a rather unusual debut title for the PlayStation Vita: Army Corps of Hell. It follows a demonic overlord and his band of goblin ne’er-do-wells on a quest to take back the throne of Hell. Unfortunately, it does little to establish itself as a memorable launch title or a worthy spiritual successor to that of strategy classic Pikmin. This goblin-directing quest is an exercise in mediocrity annotated by a great heavy metal soundtrack. And as rockin’ as it is, there isn’t much the symphony of destruction, as it were, can do to save an already blasé experience.

It’s your job to take control of the King of Hell, who after being stripped of his many glorious powers as the ruler of the underworld, is out for blood. Similar to that of the Overlord franchise, you summon a band of bloodthirsty goblins to carry out your every nefarious order. Across several different levels of Hell, you’re responsible for clearing out enemies, defeating bosses, and reclaiming Hell for your own. But the King certainly isn’t one to get his hands dirty. No, that part is reserved for his minions.

Each type of goblin (spearmen, warriors, and magi) are equipped with their own arsenal of attacks, according to their class. For instance, magi will attack from a distance with ranged magic, warriors use fierce melee attacks to thin out the crowds, and spearmen make runs in a straight line toward their prey, destroying anything in their path. Unfortunately, though the variety of attacks exist to encourage different types of strategy within the game, you quickly find that warriors and magi far outclass the spearmen in terms of practicality and usefulness. Luckily you may choose which goblin you feel is best suited to the occasion with the touch of a button. After sending out a goblin to attack via shoulder button, you direct it with the right analog stick across each round of Hell.

There are bountiful traps and other pitfalls that can befall your goblin army, though they may be revived when one bites the dust. Should a goblin die permanently, however, the King is left without a front line to guard him from oncoming attacks and other obstacles — it’s best to avoid losing any of them if possible. Unfortunately, doing so is such a slog that it quickly becomes tiresome simply participating in the push-and-pull of defending and peppering larger enemies with smaller attacks. The rare item drop serves as a minimal reason to continue playing, as there are no opportunities to explore each level beyond simply clearing it of enemies and avoiding traps.

When the environments consist largely of muddy brown squares and uninspired decor, trudging back and forth through seemingly endless mobs of enemies who may or may not drop useful items, encountering the same monster types over and over, and forcing your way through the game seems much more like work than play. The repetitive nature and obviously low production values of Army Corps of Hell (despite its fantastic soundtrack) make it painfully clear that though Square Enix went out of their comfort zone to bring gamers something they felt was fresh, it was a half-baked scheme.

Army Corps of Hell suffers from the “launch title” sickness that so many games before it have, and though it strives to bring Vita adopters an engaging strategic warfare experience, it manages to do little more than poorly imitate those who have come before it. There are better options for new Vita owners out there, so unless you’re dying to pick up every single title you can for the fledgling handheld, avoid Army Corps of Hell and settle on something with a bit more meat.

Army Corps of Hell follows a demonic overlord and his band of goblin ne'er-do-wells on a quest to take back the throne of Hell.
REVIEW SCORE
6
File Under: PlayStation