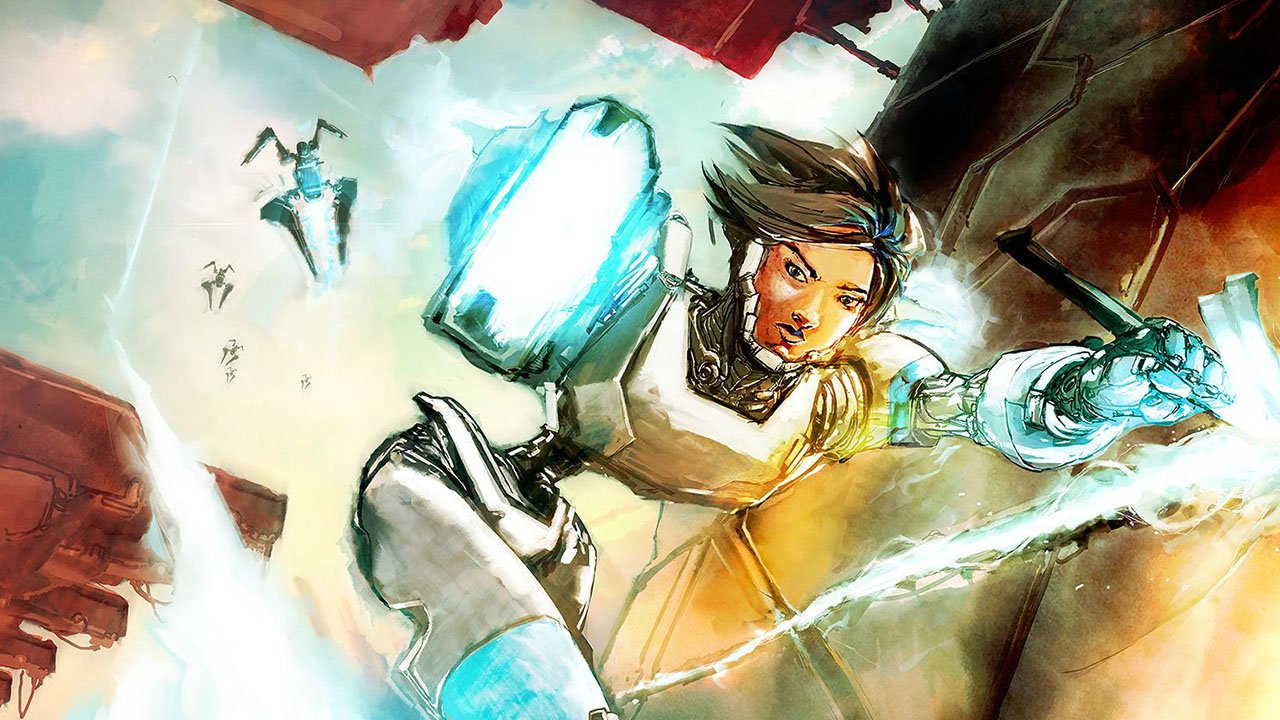 Score attack games are not a new phenomenon. They’ve existed for many years, and will continue to exist for many more. Recent titles like Super Hexagon have spurred the genre to a new level which includes recent hits like Devil Daggers, a game causing players to go “just one more run” for hours and days on end. It’s an addictive formula that unfortunately doesn’t suit Blood Alloy: Reborn that well.

Alloy certainly knows how to get its hooks into you, as the tutorial is both short and sweet. Players take control of the cyborg Nia Rhys, who uses the “BLAST” system to achieve mobility Mega Man X would only dream of. She can glide along surfaces, queue up homing blasts, and air dash with her sword with ease. Taking a cue from Platinum’s own Vanquish, it’s a blast to just zip around taking out enemies left and right, and the game’s combat shows that the developers clearly know what they’re doing when it comes to 2D action. Nia is a badass, plain and simple, and the level of tools given to the player rival some offerings from big budget publishers. However, the sandbox you’re playing in leaves much to be desired.

At first I thought it was going to be a full-on platformer—a dream that was snatched away from me, much to my chagrin.  I didn’t even realize until my third run that it was a score attack affair. While that’s not inherently a bad thing, I quickly ran into some repetition issues that really curbed my enjoyment. For starters, there are only three levels available, and the 2D nature of the game obfuscates most of the layout. It’s one thing to play a procedurally generated game with a wider angle, but designs lose a lot of their nuance when they’re essentially the same boxed setup with minor differences. Blood Alloy could really benefit from larger arenas with a more zoomed out camera, showcasing more of the action and putting more enemies on-screen.

The progression system, to put it lightly, is also a downer. As essentially the only reward for playing, the options available (new weapons and upgrades) don’t feel impactful enough, nor are they worth the squeeze and the effort involved. I don’t even think the game needs more levels necessarily (it could just have one really good one), just more of an incentive to keep playing, whether it’s global leaderboards or some sort of daily challenge mode. Little updates like these over time would significantly augment Alloy and bring it more inline with its competition.

It’s not all bad; the visual style shows some panache at times (particularly with the bullet effects). Overall, the art is a tad uninspired, especially when it comes to the backgrounds and enemy models. The soundtrack on the other hand is incredible, and should get anyone in the mood to blow some stuff up. It wouldn’t feel out of place at all in a feature film like Turbo Kid or Kung Fury, and I’m considering picking it up.

There isn’t anything about Alloy that you won’t find directly on the surface after playing for several hours. Though I have to give it to Suppressive Fire Games; Blood Alloy: Reborn has a great set of guts. It plays like a classic twitch platformer of old, with wall climbing and dashing to boot. It hits all the right notes in theory, but it needed more time in the oven to truly take shape. For now, keep a watchful eye over the studio.

I have to give it to Suppressive Fire Games; Blood Alloy: Reborn has a great set of guts