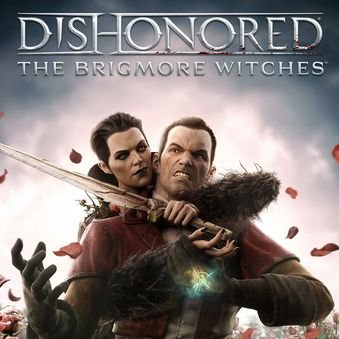 Dishonored was one of my favorite games to come out late last year. A dark and immersive world filled with deceit mystery and beauty.

The way Bethesda is taking on DLC is also a refreshing touch, focusing on an intertwining story told from the perspective of the antagonist, Daud. Arkane have managed to build an already realized world out even more, presenting new and exciting locations along with some that feel familiar.

The Brigmore Witches follows up from where The Knife of Dunwall left off. Even allowing players who played both to import the saves bringing in money, tools and weapons they may have collected along the way. Playing both in order is the way to play the game, giving players the full story of what Daud was doing as Corvo goes about his rampage of revenge. It all plays well and fits within the overarching narrative convincingly.

The production value of this DLC is also fantastic, characters are brought to life in a believable way. New locations, weapons and powers all give Dishonored a fresh feel. Even the main character Daud has full voice acting, giving players a much deeper insight into the motivations and views of him. The new locations also felt fully realized. Sadly, they are not as big as locations seen in the main game, but they all had unique aspects and housed many secrets waiting for the patient player.

Each level has variety, giving players choice in how they tackle every encounter. The choice system still applies to this game giving different endings based on the choices; rampaging though levels leaving mountains of bodies or stealthily dealing with all enemies from the shadows. All choices lie with the player and the story plays out accordingly. The rewarding feeling when a strategy plays out the way you hope is seen in few games and this, more than the main game, reminds me of Thief in the way it plays. I have to give it to Arkane for constructing a tight, immersive piece of DLC

It is not to say The Brigmore Witches is without its flaws. The gameplay seemed surprisingly short, with my playtime clocking in at just over 2 hours. That being said, for $9.99 it is a great value and gives players more of the gameplay that made Dishonored one of the best games of 2012.

For anyone who loved Dishonored, you are doing yourself a disservice by not giving the DLC a try. The Brigmore Witches digs into the story of Dunwall and leaves players with new insight on how this dark corrupted city works. I hope Bethesda unleashes Dishonored 2 for the next gen but until that time The Brigmore Witches stretches that play-the-style-you-like itch that only Dishonored can scratch.

The Brigmore Witches digs into the story of Dunwall and leaves players with new insight on how this dark corrupted city works.
REVIEW SCORE
9
File Under: Dishonored, DLC