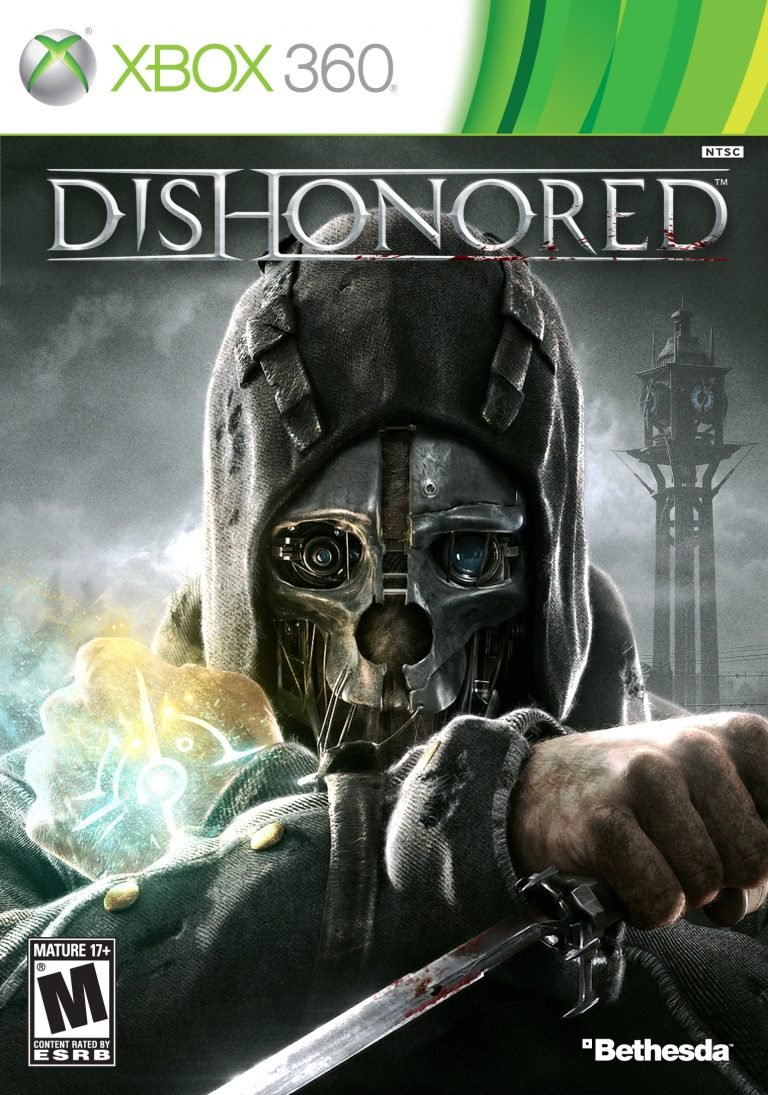 A good game will carry the player through a story, presenting enjoyable moments and leaving a fun experience behind. A great game will present you with a story that is engaging and changes how you want to interact with the game world. Dishonored from Arkane Studios is a great game, and throughout the story it presents a world that was deep, well thought-out, and corrupted to its very core. It is up to you to choose what will be left at the end of the day, chaos or a new prosperous empire.

You play Corvo, bodyguard to the empress and victim of betrayal after the Empress is killed. You have one real goal, save the daughter of the empress. You can either take revenge in the process or work from the shadows to change the course of an empire as you bring the orphaned princess to power. The way you play will determine how the overall story plays out, but also how the world looks, how people act, and the way you are viewed.

It is rare to find a game that can be played in such a variety of ways and have each way be valid and completely acceptable. Dishonored is reminiscent of games from the 90s, such as Thief, Deus Ex, and Hitman. Each mission is a puzzle and it is up to you as the player to decide how you want to take on the puzzle. Dishonored has been built to be as much an action game as a stealth game. Corvo, the protagonist of the story, is skilled in fighting as well as stealth. This open concept extends to the way you purchase weapons and upgrades. All are useful but depending on how you plan on working your way thought the story, even the starting equipment may be enough to get the job done.

The dystopian, steampunk world of Dunwall felt complete and well-realized. From the palaces and towers of the empire to the dark plague-infested streets of the common folk, this felt like a living, breathing world that was once great and is now slowly falling to ruin. Despite the fact Dishonored was built with Unreal technology, the world feels new and exciting, each new location offers something new and rewards the player for exploration. As every new basement, hidden room and catacomb is experienced, it gives an idea of what Dunwall would have been like at its pinnacle of splendour.

The powers are one aspect that may be reminiscent of Bioshock, using elemental abilities in one hand and your sword in the other. They are given to the player by “The Outsider”; a god-like character that seems to enjoy playing with the people of Dunwall, revelling in the outcome, be it good or bad. The powers range from calling rats, to teleportation and even possession. These can be used to cause death and destruction or to avoid detection simply, the choice is always there. This freedom is what makes Dishonored such a rewarding experience, it is not only deep combat-wise. The more you explore the more the world of Dunwall is fleshed out.

As with most games of this type upgrades are given by collecting items from the world. As you collect runes, you can spend them on new or improving existing ones. There are also bone charms around the levels that will grant minor improvements to your character such as more health, faster reloading etc. These are just one side of the game’s upgrade path with coins and valuables being used to upgrade weapons, purchasing bullets and even upgrade gear. The choice in how upgrades are spent is up to you as the player. The more you explore end experience the world of Dunwall the more upgrades and coins you will find, making exploration a necessity to fully equip your character.

Arkane Studios chose not to include a half-baked multiplayer to extend this experience and I for one am happy to see it. This story and single-player experience stand on its own, being deep if not predictable at times. The more chaos that you cause, either by killing, raising alarms, or just sowing general mayhem around the world will make the views of people worse and worse. Characters that were once bright and cheery will begin to sound depressed and hateful. This also will change the way the game inevitably ends. Will the empire be in ruin filled with death and plague or will it be a new age with only hope before it? This is up to you as the player and is refreshing to see real choices based on action rather then a few prompts that move the story one way or another.

“All this being said, Dishonored is a hard game.”

I cannot think of the last time a game, though the use of story, made me change my style of play. At times the stealth non-violent method seems to go against everything that you as a character in the world would be feeling. When you see characters you grow to care for being mistreated or exploited it can often be hard to maintain a controlled play style. The simple fact that the story and the events presented can alter the way you play is astounding and something that must be commended. Arkane Studios have crafted a world that will suck the player in. With the use of dialog and optional activities, you get a real sense of what the people you are protecting mean to Corvo, and why he would risk everything to save them. The way Corvo and the Princess interact and how she responds as you return from missions can be heartbreaking, often making me question what I had done in the previous mission.

All this being said, Dishonored is a hard game. There will be many saves and each attempt will teach you how something can be done. Even with the difficulty, the checkpoints in the game are fair and the constant auto saving allows for an easy reload if anything goes horribly wrong. The game’s length will ultimately depend on what you put into it. If you want to go guns and powers blazing most of the enemies will be destroyed with little to no trouble. Dead bodies will litter the streets of Dunwall and chaos will reign. But if you take your time and complete each task, listening to the idle banter of the guards and NPC’s you will be rewarded. The world is full of secrets and as you slowly discover them, new options and paths for the game open up, making everything that much more rewarding.

Despite everything that was done right, there are a few problems that were encountered during the process of reviewing the game. The lack of any real map made some missions needlessly hard. The markers on the screen for runes and targets, although useful can at times be misleading causing you to go in circles looking for something. There are often some situations where the lack of guidance can hinder progress, making some missions seem longer than needed. The need for load times from area to area was too frequent and the experience is sub-optimal if you do not install it to the console hard-drive. None of these issues are major, and overall do not take away from an otherwise fantastic experience.

Dishonored is a welcome surprise and a game people need to be playing this holiday season. With a deep world and a breathtaking visual style, this is a game that does not come around very often. Characters are deep and complex, missions are open ended and intricate. This is a world that needs to be explored to appreciate the full experience truly. This game has something in it for everyone and if the time is invested, can be one of the best experiences you can spend money on this year.