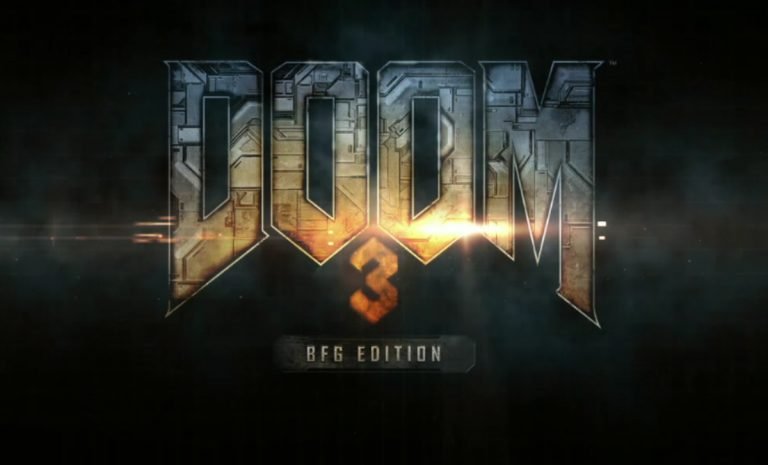 What’s Doom 3 And Where Are The First Two?

Before I started writing this review, I thought everyone (who played videogames) knew what Doom 3 was. Even if they hadn’t played it, I was sure they the title had come up in conversation. This is why I was perplexed when I asked some friends if they wanted to play Doom 3, and they had never heard of it. Granted these friends aren’t the biggest video game fanatics, but they play a variety of games. I was not prepared for the lack of knowledge as to what the game was, or that it even existed. Doom 3 was a big part of my childhood and a gateway into games without adorable Italian plumbers running around, saving princesses.

All that surprise about the ignorance of an iconic series has led me to the actual review for Doom 3: BFG Edition. There isn’t much to say about the game if you’ve played the original PC version. It’s the same storyline, same weaponry for the most part, and the same characters. If you haven’t played the game, here’s a really quick introduction. You play as a new recruit aboard a military transport bound for a Martian research outpost. On arrival, you’re sent to go oversee some of the workers, and encourage them to leave the base. Before you can get your warning out, however, something goes terribly wrong and you’re left to fight off an army of monstrous enemies. It all may sound like a game you’ve played before; Dead Space or Mass Effect. The original Doom series inspired them all, paving the way for modern day survival based horror shooters and the FPS genre itself.

What’s Different About Doom 3 This Time?

Fans of the original game can rejoice knowing players will be able to use a flashlight with a weapon. This may not come across as gigantic news for newcomers who haven’t played the Doom 3 before, but the either/or nature of flashlight use in the original was such a controversial topic, id decided to tweak it for the rerelease. Other than the flashlight though, those in possession of a 3D monitor or television can play the game in 3D. While I played it in the standard 2D mode and can’t comment on how well the game plays in 3D, it’s certainly one of the few games to incorporate the latest technology. This version of the game is also one of the first—if not the first—game to be compatible with the Occulus Rift VR headset. This is one of the first games you can play without a monitor or television set. Instead, you can wear the headgear and play the game in virtual reality.

How’s The Switch From PC To A Console?

As stated, I played this game on the PS3. I’ve heard the graphics are superb on the latest PC version, and a little better than the PS3 on the Xbox 360. I was disappointed with the graphics I had to endure in mission after mission. I understand the difficulty in trying to reinvent a beloved game by proclaiming it’ll play like new and look modern. Again, I can’t comment on how the graphics looked with other versions available, but with the Playstation it just fell flat. I was hoping for crisper edges and slightly updated styles in features like faces and movements. Instead, it felt like a brighter version of the original game which wasn’t particularly needed.

The gameplay mechanics, on the other hand, were quite good. I won’t say they were perfect as there was room for some improvement in a couple of areas. The actual movement was still a little sloppy. It doesn’t impact the gameplay all that much, but it was something in the original version which carried over to the rerelease. The lighting was also an issue, and not because it was too dark. The original game was phenomenal because of the terrifying, paranoid ambience while sneaking through empty—or are they?—hallways. In this instalment, not only have you been given a gun mounted flashlight, but the entire game is much brighter. You can manually go into the settings and fiddle around with the lighting, but there doesn’t seem to be a great balance between outrageously dark and extremely bright.

Here’s what makes the game enjoyable for hours; the shooting. Back when the original game was released in 2004, the shooting mechanics were what set the game apart from almost every other PC title available. There was a precise shooting style which to the combat which made killing evil zombie-aliens that much better. It didn’t necessarily make the game easier to play, but allowed the player to not have to worry so much about perfect aim in the darkest corners of the hallways you investigated. This has been changed slightly to work well with the mechanics involved while using a console based controller, like on the PS3 or the Xbox 360. For any fan of first person shooters, the controls come easy and you can play almost immediately without having to worry about dedicated buttons for various controls. One of my favourite features this game kept from the original PC version, was the lack of a load out. I am a big fan of first person shooters, but I reminisce sometimes about the good old days where your protagonist had one gun and a knife to survive. Doom 3 delivers that nostalgic feeling of desperation, and creates a unique environment in the realm of modern day shooters.

Is it fun? Is it worth picking up?

If you haven’t played any of the Dooms prior to hearing about this reissue, I would strongly urge you to go out and purchase it. You get Doom: Ultimate Edition and Doom 2 in addition to the more recent, polygonal sequel. This franchise is one of the forefathers for modern day first person shooters and continues to hold up as a heavyweight contender in today’s industry. If you know this series, then for $39.99 on console and $29.99 on PC, you know you can’t go wrong with the pricing. This game will be utterly nostalgic, and may be the game you decide to stop playing Call of Duty for. Well, at least until the next one is released. I had too much fun playing this game, and I’m still playing it right now. I would definitely recommend this game to almost anyone who likes horror or shooting games in general.

This game will be utterly nostalgic, and may be the game you decide to stop playing Call of Duty for.
REVIEW SCORE
8
File Under: Doom, id Software