A Return To Thedas 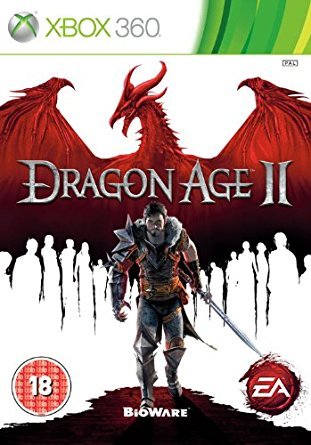 BioWare has been on a something of a roll the last few years. Their two new original franchises, Mass Effect and Dragon Age have garnered the same success for them as their games in the Star Wars and Dungeons & Dragons licensed arenas. Now Dragon Age joins Mass Effect in giving players a second title, but where Mass Effect 2 was an unqualified success in “streamlining” RPG mechanics to make the game faster and more accessible, Dragon Age II may have gone a little too far, hurting an otherwise fine addition to the BioWare stable with some questionable design decisions.

Moving On Up To Kirkwall

Unlike the Mass Effect series, Dragon Age 2 is not a continuation of the previous game’s character and exploits. A brand new character, with the family name “Hawke” is being pursued, after the fact, by a soldier known as a Seeker. Having captured one of Hawke’s companions, the Seeker interrogates him about how Hawke became the champion of Kirkwall, and thus the “Framed Narrative” or “Unreliable Narrator” becomes the chief mechanic behind the telling of DA2’s story. It’s a frequently used device in literature and cinema, but aside from Ubisoft titles like Prince of Persia: Sands of Time and Assassin’s Creed, it’s rarely employed in games. However what follows is, in usual BioWare style, an engaging, complex story with richly developed characters and a compelling plot that, once it gets its legs, is tense and intriguing. BioWare manages to live up to its high standards in the story-telling department with this game.

On the presentation front, there’s a lot of good news for gamers regardless of platform. PC gamers of course get the best presentation with a powered up computer and a high-res texture add-on, but users on the PS3 and Xbox 360 get a definite upgrade in visuals. DA2’s graphics are a noticeable improvement from the original game, with sharper textures, more inspired art direction, and, best of all, better performance. Frame rates are more stable than the original, and the menus are much faster and more responsive than the sluggish interfaces that console users had to contend with in DA1. The game is still prone to the occasional freeze or lock up, but now it’s in line with most retail games, rather than suffering from the somewhat regular frequency of the original.

Sound is, as to be expected, mostly great. A new cast of actors lend their voices, and there are no weak performances in the lot. The combat is punchy, and the game gives a good work out to multi-speaker systems with fireballs, the clanging of swords and arrows whistling through the air with a lot of presence and body. When magic is used, you can feel it coming from the subwoofer. The music is also atmospheric and at times haunting, but is slightly let down by the fact that tracks from Dragon Age: Origins have actually been re-used here, a first indicator that the game as a whole was more rushed than its predecessor.

While Dragon Age II clearly shows a lot of work has gone into the story and presentation elements to beef them up, the same doesn’t hold true for the actual gameplay. Where other aspects of the game feel expanded, the mechanics occasionally cross the line beyond “streamlined” to “confining”. The biggest offender here is the environment. Because BioWare sets the entire game in and around the city of Kirkwall over a span of 10 years, players will see almost the entirety of their game world by the end of the first act, and simply re-run through the same maps for next two acts. Dungeons in particular are disappointing as players can go to two completely different locations—often within the same hour of play—to find the exact same map has been used, with minor variations such as locked doors in some areas to differentiate them. Dragon Age had no repeating dungeons, and Mass Effect was heavily criticized for this, something that was addressed in Mass Effect 2, so BioWare falling back on a design flaw they are well aware of and have successfully avoided in the past is disappointing. It’s a big contrast to the first game that had players roaming the entirety of Ferelden with new vistas around every corner.

Also disappointing is the lack of character customization. While the player’s own Hawke character is fully customizable with skills, weapons and armour, the characters that join the party are not. Other characters can use any weapon or accessory you give them, but armour is restricted and only Hawke can use all the bits and pieces found throughout the game. Party members must have their armour upgraded by finding special items scattered throughout the game. NPCs are also restricted in their use of weapons, with Aveline, one of the first party members, being the only character aside from the player with the ability to use the sword and shield weapon combo. Varric, another character is locked into only using a crossbow despite being a Rogue and all the other characters are similarly locked into one weapon specialization. For veteran fans of RPGs, these are fairly restrictive decisions that take away a lot of control from the player.

On the other hand, the fears that combat had been dumbed down seem largely unfounded. While combat definitely moves faster, it is still essential to pick and choose strategies, and make sure that party members tactics are thought out. This is still the same fighting experience as Dragon Age: Origins, it’s just smoother and more quickly resolved. Skills have also been revamped so almost all of them are useful, rather than the mere handful of genuinely valuable skills that stat-junkies had to sift through in DA1. The voiced protagonist and dialog wheel mechanic from Mass Effect 2 also integrate well with the game and keep the story rolling.

Dragon Age 2 feels in some ways like a trade-off. Combat is good, and the story and characters are the real star of the show, but the constantly repeating environments feel almost “budget” compared to the rest of the game. The stripping down of full customization to only the main character also hurts the game for fans of the RPG genre, and the smaller locale feels less epic in scope than the first game. The end result is a game that is still entertaining, and is still recommended for fans of a good story, but it doesn’t quite live up to the “complete package” impression that the Dragon Age: Origins or Mass Effect 2 made. Despite all that, it’s still a fun game with solid fundamentals. RPG fans will take issue with the lack of control and complexity, but mainstream console gamers—who seem to be the targeted audience—will likely appreciate the simplification of the mechanics.

While Dragon Age II clearly shows a lot of work has gone into the story and presentation elements to beef them up, the same doesn’t hold true for the actual gameplay.
REVIEW SCORE
9
File Under: Bioware, Dragon Age, RPG, Xbox