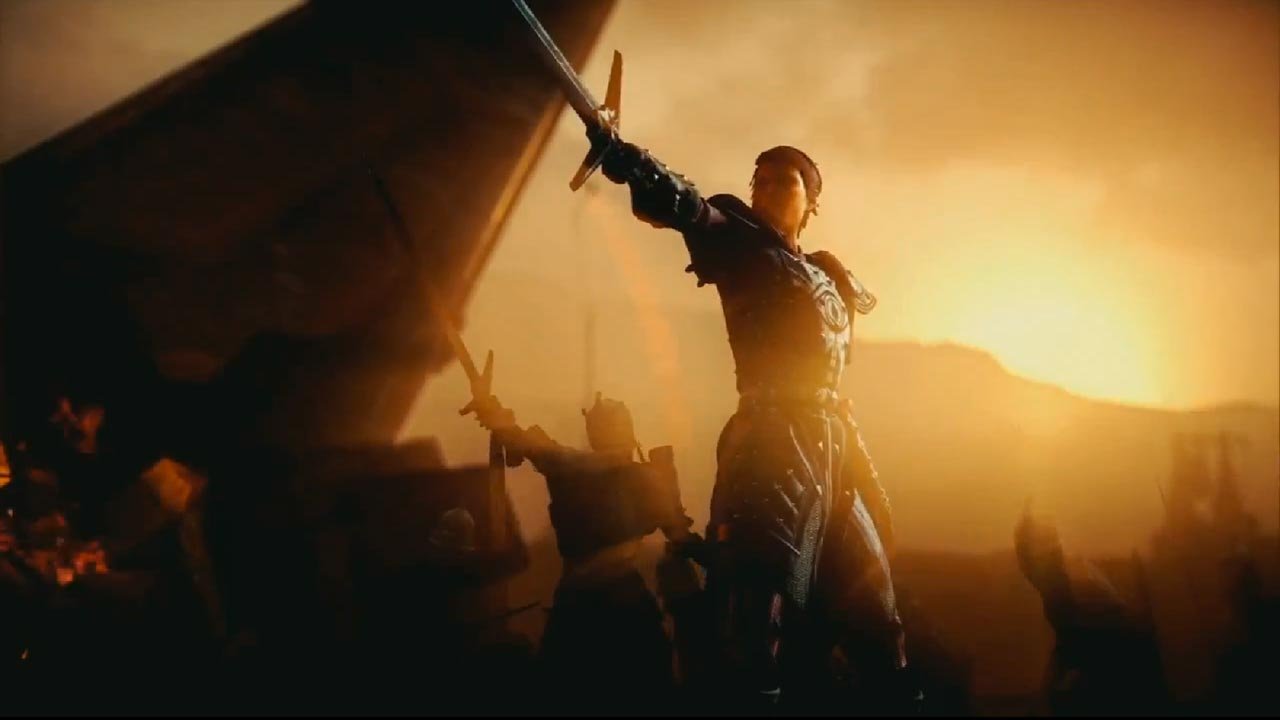 This week we got a shiny new trailer from BioWare that sheds a little more light on the first big RPG for the current generation of consoles; Dragon Age: Inquisition. As you might expect from a trailer, we got pretty graphics, dramatic music, intense dialogue and a disclaimer stating that everything shown was actual game footage as opposed to pre-rendered CG sequences. In short, it did everything a trailer is supposed to do, which is get people excited about a new game. What it does not necessarily do—and this is no fault of the trailer—is allay fears from fans that BioWare might disappoint them again.

BioWare is in a difficult position with its audience. Financially, the Edmonton—and recently Montreal—based developer is in a better place than they’ve ever been. They’re now owned by Electronic Arts, they have big budgets to work with, they can open more studios and enjoy the employee benefits of belonging to a large, multi-national corporation. Critically however, both journalists and the general audience have been less receptive to the studio in recent years, thanks to their last two games, Mass Effect III and Dragon Age II.

Let’s just start this off by saying that neither game is terrible, and Mass Effect III is by and large, the best game of its franchise in terms of gameplay. However, there was a mixed-to-negative response from both critics and players to its ending. The main criticism is that after all the emphasis on decisions having consequences, the ending seemed to ignore all previous decisions and simply allow players to choose one of three endings, infamously referred to as the red, green and blue endings. Dragon Age II, on the other hand, is bit more of a disappointment, reigning in the exploration of the first game, confining the player to one city, reusing environments for dungeon exploration but providing an ending that was both explosive and controversial which was exciting to some and upsetting to others.

These two games both came after a steady rise in accolades for BioWare, first garnering a lot praise with their Baldur’s Gate series on PC, then enjoying one hit after another on consoles with Knights of the Old Republic, Jade Empire, and finally, Mass Effect and Dragon Age. In many ways, they are the company that put the fire to the Japanese RPG developers, throwing down a gauntlet to JRPGs on consoles that some JRPG publishers simply couldn’t pick up and respond to. From 2003 onwards, BioWare carved out a reputation for itself in the console space as one of the best RPG creators in the world, with great stories, well-developed characters, a mix of humor and drama, and fun, engaging RPG systems.

Their last two games took some of the edge off that shiny reputation, but now, with the announcement of Dragon Age: Inquisition, things are looking different. Over the last year, since its E3 debut, Inquisition has slowly revealed elements of its combat and exploration systems, and it feels like BioWare is trying to give its fans a simple message; we are going back to our roots. The need for “accessibility”—which often meant dumbing a game down—seems to have fallen out of fashion. BioWare is once again willing to create an RPG with systems designed to engage fans of the genre that don’t want simplicity or handholding. The world has once again expanded, inviting players to roam over a variety of regions, rather than simply tread through the same city for 15 years. The main character is making a return to a high degree of customization, allowing for different races and voices to be selected, rather than just making do with a male or female human.

All of this seems to be going in the direction that fans wanted for a BioWare game; bigger, more expansive, more complex, not simply more explosive and cinematic.

Perhaps after two successive games that failed to light the fire of the fans, BioWare no longer deserves instant optimism when they make a new game. However, to assume that they are finished and can never make a good game again is just as short sighted. It’s a new console generation and, like many other developers, BioWare has a chance to make a fresh start. Let’s see what they do with it before we start making judgments.