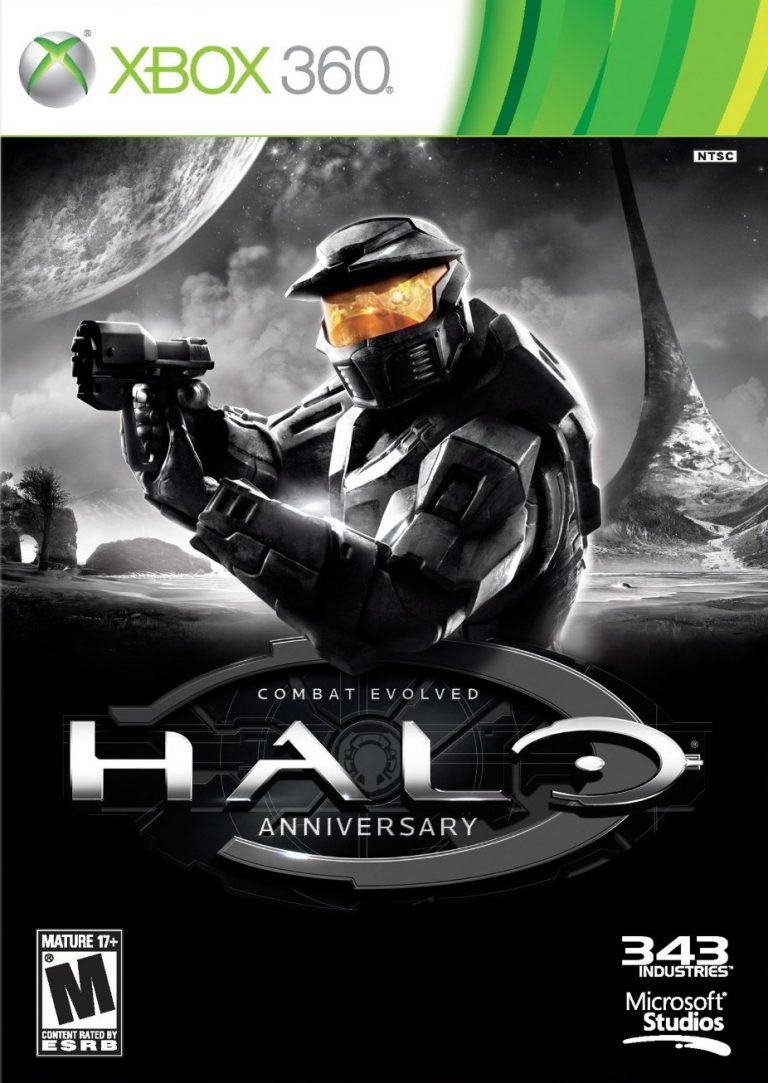 Ten years ago, Halo: Combat Evolved was the toast of college dorm rooms all over North America. Not only would gamers punish themselves by trying to best Bungie’s campaign on every difficulty setting, but if you had the cables and a little bit of brains you could link up a few Xbox consoles and voilà, LAN party! Back in 2001, Halo was one of the finest games available and was heralded as bringing forth a new age of first person shooters on home consoles. Fast forward 10 years, and you can’t swing a bag of cats without hitting another fine console FPS. Remember kids: it was Halo: CE that got this party started.

It should come as no surprise that after ten years, Halo is getting some extra love with Halo: CE Anniversary. New engine, new modes, new maps and a graphical overhaul are just some of the goodies found in this package, which will appeal to veteran Halo players and those new to the series alike.

Not much has changed in ten years, and that’s okay. Halo was a great game for it’s time and it’s still a great game this time, but what has changed is the technology. Halo: CE Anniversary has received an extensive graphics upgrade. The game now uses Saber Interactive’s Saber3D engine, and has been given updated textures to bring it in line with today’s High Definition standard and can also be played in 3D, if you’ve got the technology. Halo: CE Anniversary maybe running on a different engine, but it still plays almost exactly like it did ten years ago. I still get that massive rush of adrenaline when I unleash the sniper rifle on the poor, unsuspecting heads of the Covenant. On the other hand, I did find the controls a bit on the loose side, but Halo is not about being surgical. I also remember the original Halo being easier; it seems like the Covenant have been doing some training during the past ten years. The Covenant AI can flank me as well as a Tier-1 operator and always manage to stick me with a plasma grenade with surprising accuracy. There’s nothing wrong with a little challenge, but I remember “Normal” difficulty being a little more forgiving. It’s amazing that after ten years, Halo: CE’s campaign still manages to challenge a seasoned FPS player like myself. In addition to the campaign Halo: CE Anniversary also features online co-op and Halo: Reach‘s award-winning multiplayer. If you’d rather create than destroy, you can make your own maps in Forge mode or create heart stopping “killtacular” montages in the Theater. 343 Industries has also integrated some Kinect functionality that is supposed to allow you to access enhanced story elements new to this version. For some reason, I just couldn’t get the voice controls to work, and it wasn’t from lack of trying. Despite this, one thing still remains true, if you’re a Halo fan there’s already plenty in this edition to get you drooling.

The multiplayer maps and firefight mission keep the throwbacks coming. Anniversary’s multiplayer features remakes of classic Halo maps like Beaver Creek (now Battle Creek), Hang ‘Em High (now High Noon) and Headlong (now Breakneck), just to name a few. These re-made maps have received the obvious graphic and texture enhancements, but some have also had their layout tweaked for the better. It just goes to show the kind of love that 343 Industries has for this series and their commitment to keep it strong. Since the multiplayer runs on the Halo: Reach engine, you can also customize your Spartan soldier with unique emblems, armor, and weapon loadouts. If you’re already a Reach player you’ll want to take note that new copies of Halo: CE Anniversary contain a download code for all the anniversary maps at no extra charge; a nice little bonus for those Bungie loyalists out there. I was a bit disappointed to see that there was only one Firefight mission. Don’t get me wrong, it’s a great map ripped right from Halo: CE’s campaign, but I was expecting a few more options. Fighting wave after wave of Covenant forces is still fun, but aside from my first effort I never felt compelled to go back to Firefight mode simply because of the lack of variety.

If you’re new to the Halo series, this is a great place to start. If you’re a long time fan of the franchise, it’s still a great edition of the game to own, and this way you don’t have to dust off the ol’ Xbox if you want that classic Halo experience. Despite my inability to get the Kinect voice controls to work, I was more disappointed in the lack of firefight missions. There’s plenty of moments in Halo: CE’s campaign that would have made for a great firefight map, but alas, Anniversary features just the one. Halo: CE was a great game ten years ago, and it barely shows it’s age even today. While this package doesn’t really offer anything groundbreaking, or that we haven’t seen in other entries in the Halo series, it is a well polished throwback that will have Halo fans remembering the good old days.