A Tense Choose Your Own Adventure 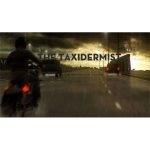 The Taxidermist is the first downloadable content made available for Heavy Rain, and it brings with it some interesting pieces of previous baggage. Followers of Heavy Rain will immediately recognize this content as one of the first technical demos David Cage shared with the press during the early stages of the game’s promotion. It even brings back the same voice actress from the original tech demo. Specific differences aside, what players get is more of the established Heavy Rain game-play with context sensitive controls, numerous quick-time events, and some truly gorgeous art direction for a gloomy home filled with stuff animals and other unpleasant surprises.Interestingly, what fans get from The Taxidermist is a tense, bite-sized chapter of Heavy Rain gameplay. In some ways, it far better illustrates the nature of choice imbued in the main game.

The basic story is that, a year prior to the events in the game, Madison Paige, the journalist, is investigating leads in Origami Killer case and comes to the home of taxidermist Leland White. Depending on player actions, what follows is a potentially nerve-wracking game of cat-and-mouse.It’s possible to escape the encounter completely unnoticed, get caught in a nail-biting chase around the house, or have the whole thing end in a fairly brutal climax of violence. There are five possible endings, and it’s interesting to see how the player’s decisions affect the outcome of the game. Unfortunately, where the DLC falls a little short is in failing to deliver the same character development seen in the original game. It’s a fun, tension filled piece with some engaging moments, but its lack of cohesion with Heavy Rain hurts it. The expansion of player choice is good, the experience as a whole is ultimately shallow.

It’s a fun, tension filled piece with some engaging moments, but its lack of cohesion with Heavy Rain hurts it.
REVIEW SCORE
7
File Under: DLC, PlayStation, RPG