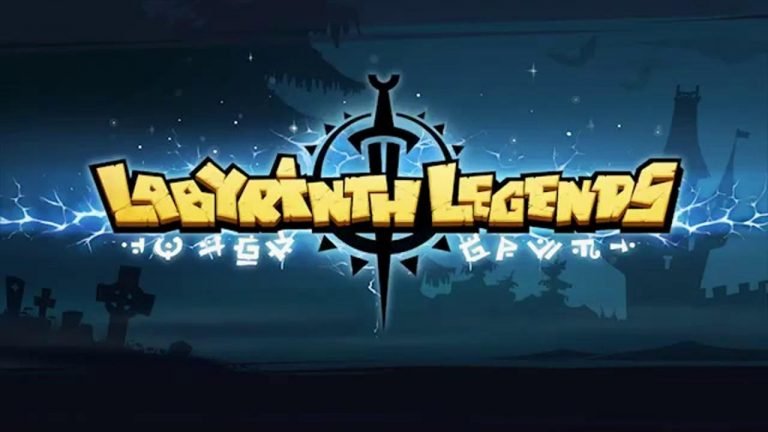 Labyrinth Legends
Developer: ["4174"]
Played On: PlayStation 3
Genre: Role-playing (RPG), Arcade
ESRB: T (Teen)
Review Score:  7
Wayne Santos | January 2, 2013
Labyrinth Legends is the latest game from Creat Studios, a company that used to produce disc based games in the previous generation. If you’ve played Cuboid, Hamster Ball or their variant on Mahjong you’ll know that this is a budget gaming company that wisely backed away from packaged software and brought their wares to the cheaper, digital side of the market. Labyrinth Legends continues this, although it feels like a lost opportunity in some respects, as this little action/puzzle/maze adventure feels more appropriate to the Vita platform than a game played on flatscreen living room television.
Cartoony Dungeon Crawling
Ripped straight from the cornerstone of generic videogame narrative, Labyrinth Legends is the simple tale of man out to rescue his princess when she is kidnapped on the day of their wedding. Like Link of Zelda fame, you start out with a sword and shield, wandering through dungeons that are more about puzzle solving than loot and leveling.
The cartoony nature of the game means the simple graphics have a crisp, clean look on the PS3 with lively colors and an appropriately playful soundtrack. There’s nothing on show here that wouldn’t be just as comfortable on a tablet or portable gaming system like 3DS or Vita. This translates into the expected rock solid performance which is always appreciated in any game.
The game itself is simple, though the difficulty level escalates dramatically by the time you hit the third or fourth dungeon. Dungeons are covered with a fog of war that lifts when you traverse an area. Enemies appear which are disposed of through simple button mashing, no combos or special magic attacks here. The object of each dungeon—aside from escaping it—is finding a total of five stars hidden in each dungeon, as subsequent dungeons will require you to have a minimum number of stars collected as an “entry fee.” Dungeons can be revisited as many times as you like, which is necessary since many of them have cheap, insta-kill booby traps that can burn through your fixed amount of lives. Like Dark Souls, everything here is prearranged, and repeatable, so no dungeon is insurmountable if you’re willing to die a lot during the “discovery” phase, and then commit things to memory for a later successful navigation. Certain dungeons will provide upgrades to your equipment for better armor or increases to your life meter.
While Labyrinth Legends is by no means a terrible game, it’s also a joyless affair. The dungeons quickly ramp up in difficulty and though it shares the same “die and learn” mechanic of From Software’s Dark/Demon’s Souls games there’s no sense of exploration or progression that encourages perseverance. By the time you beat your first boss and hit the second area of dungeons, finding all the stars in a dungeon is no longer optional; you’ll have to explore every nook and cranny for hidden passages if you want to keep playing.
There are also three different modes of local multiplayer for one to four people, with a survival/horde mode, a domination mode that involves holding onto a present that accumulates points until someone kills you and takes possession, and treasure hunt where players race to the nearest randomly spawning pile of gold. These are quick, functional diversions, but don’t add much to the lifespan of the game. For $10, it’s hard to recommend this on the PSN when there are other titles like Journey and The Walking Dead that are only a little more expensive and far more engaging. Had this game appeared on the Vita, its small dungeons and short bursts of gameplay would have made it a very commute friendly title. As it is, this functional but not exceptional puzzle/dungeon crawler faces stiff competition from other more compelling indie titles.

Had this game appeared on the Vita, its small dungeons and short bursts of gameplay would have made it a very commute friendly title.
REVIEW SCORE
7
File Under: Action, PlayStation, RPG