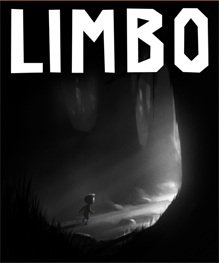 Even with no real narrative, Limbo’s hauntingly beautiful black-and-white presentation virtually guarantees that it will enter the games-as-art debate. The downloadable 2D puzzle-platformer blends arresting visuals and absorbing gameplay into an intense three hours that sticks with you long after you’ve walked away.

To put it as plainly as possible, Limbo features some of the best puzzles currently available on a console, and it does it with refreshingly simple gameplay. You can move left and right, you can jump, and you can grab object That’s it. Aside from the HD graphics, Limbo could have been designed for the NES.

Regular checkpoints allow you to approach each obstacle as a unique and interesting challenge. In one section after another you’ll have to analyze the surroundings and then manipulate boxes and levers in order to proceed. There will always be only one solution, and the extremely precise physics engine regularly incorporates timed movement into the situation

The game’s exact nature can make for some painfully frustrating moments, but it’s never the unfair frustrating that sinks many other title You’ll stare at the screen for ten minutes only to realize that the answer has been blindingly obvious from the start, as the simplicity of the elements belies the complexity of the task Finding the way forward always delivers a satisfying intellectual rush.

Since there’s nothing wrong with the gameplay, the only real question is whether or not Limbo qualifies as art. The environments truly are stunning. The game begins in a chilling forest that leaves you with the conviction that you desperately need to escape. The ground is littered with the corpses of less rambunctious children and the recurring threats of a tribe of lost boys and several giant spiders create the impression that there’s something malicious governing the proceeding

Your first sickeningly jarring death accentuates the human aspect of the struggle. The developers have managed to animate gore in astonishing detail considering that everything is shown in silhouette, and the judicious use of sound effects further enhances the experience.

The problem – and this is largely subjective – is that the dark tone fades slightly as the forest gives way to a clanking factory. The noticeably tougher challenges refocus your attention on the present, to the point that you’ll forget to take the time to appreciate the atmosphere.

Limbo eventually becomes a purely academic exercise in which the goal is merely to test your mind. That doesn’t make the gameplay any less enjoyable, but it does lessen the aesthetic impact of the game. Gears are just as deadly as spiders, but inanimate objects don’t impose the same visceral sense of urgency.

Ultimately, however, we’re only differentiating between degrees of excellence. Every moment of Limbo is incredible, so people are going to be talking about it for a while. It’s a game that you need to play if you’re hoping to keep up with the artistic conversation.

Every moment of Limbo is incredible, so people are going to be talking about it for a while. It’s a game that you need to play if you’re hoping to keep up with the artistic conversation.
REVIEW SCORE
10
File Under: Arcade, Indie Game, Microsoft, PC, Xbox