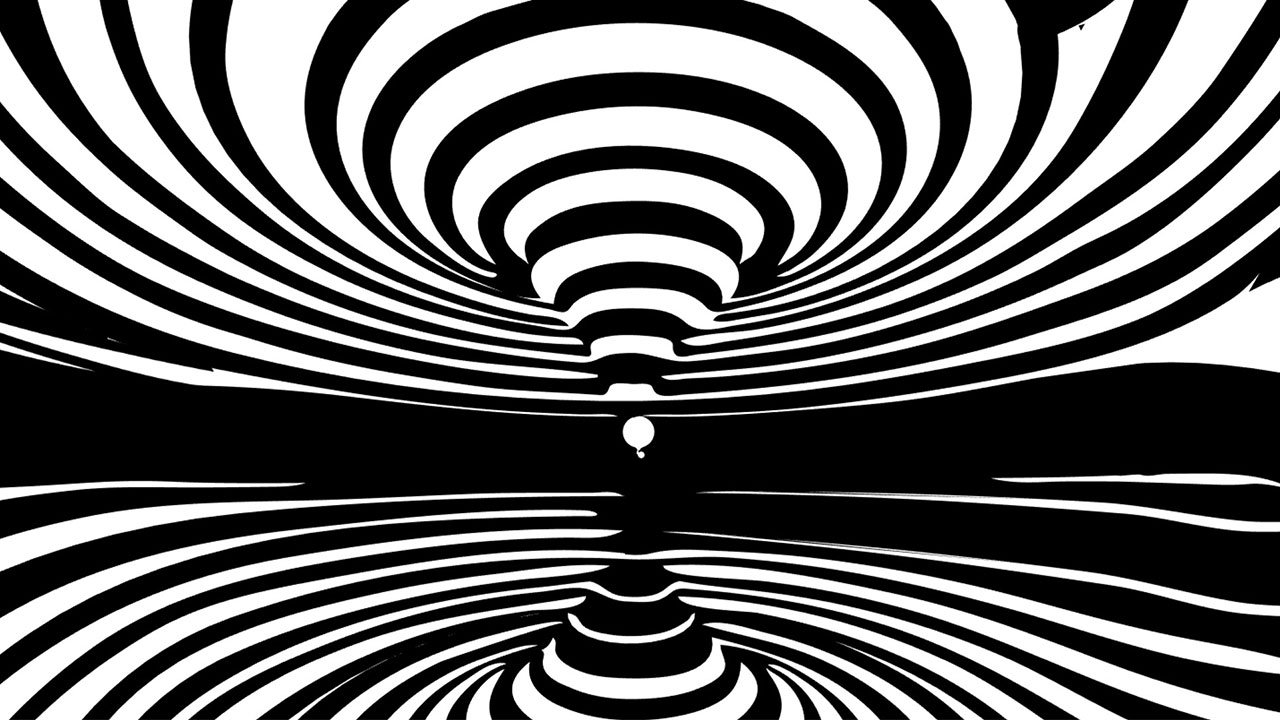 Most people would agree that there is beauty in simplicity. It’s not something you want all the time, but whether you’re turning your brain off for a Michael Bay action movie or just staring at an abstract painting without pondering the meaning behind it, life can be pretty swell.

Ovivo‘s clean art style works so well because it’s crisp, clear, and doesn’t mess around. But by proxy, it also doesn’t really give you much to work with beyond the ability to interact with its metaphorical world.

Filled with tons of symbolism (most notably famous imagery most people could identify offhand, including the Ouroboros), Ovivo tries to say a lot but mostly ends up just looking fantastic. That works for me for the most part, especially given that it’s rather short, but even after the first two levels I couldn’t help but feel that outside of the payoff at the end of every stage, it was missing something.

There’s a really cool momentum to how you move about in this mesmerizing platformer. Levels, which consist of giant paintings, serve as both a general tapestry when zoomed out and an actual functional platforming challenge. There’s a cool momentum to Ovivo‘s flow, as you’re essentially pressing one button to swap polarities (between white and black). This allows you to either fall down or scale mountains depending on the perspective, or if you have enough speed, to swing through areas and sort of jump.

You really get a cadence going after the first 10 minutes or so, using the single action as a jump. You also have to pre-press the button to swap as you’re flying through the air. It’s an awe-inspiring feeling once you get that mechanic down and start zipping through stages, speedrun style. Eventually, I realized that the white sections were downward and the black were upward in terms of gravity, and it all kind of clicked. Having multiple ways to get through some zones is a clever concept.

But those environments, again, outside of the ultimate payoff where you get you to see what you’ve travelled through at the end, are mostly devoid of interesting ideas. It can be really unclear where to go, and some areas will actually blow up your character if you deviate slightly from the “correct” path. A quick restart ensures that it’s never too frustrating, but for a game that seems so freeing artistically, it’s a weird caveat.

If you screw up a few times you might trigger the hint system (complete with slow motion assist), or you might not. It’s never difficult enough where you’d ever really need it, as a few trial and error sessions later will place you on the right path, but it’s annoying that you can’t be more experimental. There are a few snafus like black holes that push your character away that attempt to move the game into a new, fresh direction, but those are exceptions, not the rule.

The sound direction also lacks impact and doesn’t compliment the stellar visuals very well. The ambient music fits, but outside of some light sound effects like stock pops and beeps I never felt connected to the audio. A more dynamic camera could also add a little more of an action feel to the platforming, which can make even the most daring of escapes and leaps seem static.

I like Ovivo in theory (every so often while testing it I’d just look at some of the screenshots I took), but it blends together in its platforming shell, which I feel doesn’t do it enough justice. Still, clocking in at just a few short hours (with some collectables and subtle imagery hidden inside), it’s never excessive or a chore to get through. Still, I feel like once it truly starts to get interesting, it’s over. It’s always a delicate balance, and Ovivo managed to nearly hit it.

An artistic platformer of sorts that's best played in a relaxed state.