The concept of the auteur hasn’t fully caught on in videogames yet, but every year seems to bring us closer to an industry influenced less by faceless development teams than by recognizable and distinct individuals. When strong leaders like Suda 51, Hideo Kojima, Ken Levine, Tim Schafer or Fumito Ueda head up a project, players are now able to predict the shape their game will take. Despite the enormous number of people who work at a development studio, personalities like these manage to shape large-scale creative collaborations into a single unified vision.

This is a good thing — only a medium that supports auteurs is capable of offering up an experience like Papo & Yo.

Interviews with and profiles of Papo & Yo’s Creative Director and Writer, Vander Caballero, have rightly focused on the game’s inspiration and backstory since it seems the only proper way to start discussing the title. Caballero and his siblings grew up with a drug and alcohol addicted father who regularly abused them. As an adult setting up his own development studio, Minority Media, Caballero lead his team in the creation of a videogame that would explore the emotions associated with his painful childhood.

The result is Papo & Yo, a surrealist, semi-autobiographical title that turns Caballero into a boy named Quico, his father into an imposing pink creature called Monster and his childhood home into a magically effected South American favela full of chalk-line mechanisms. The game opens with Quico fleeing from a shuttered closet into the streets, encountering Monster, a usually peaceful beast that occasionally turns red and violently chases Quico. Quico sets out on a quest to find a way to cure Monster of his sadistic tendencies and addiction to coconuts and frogs.

This journey ends up playing quite a lot like a stripped-down iteration of (previously mentioned) Ueda’s Ico. Quico moves through the favela by solving environmental puzzles based on switch-pulling and companion positioning. The player typically enters an area filled with uneven terrain, inaccessible chalk-lines and other triggers that can only be activated by Monster sitting on them. Progressing through these areas is a typically simple exercise in leading Monster from place to place using coconuts and frogs as bait and jumping from platform to platform in order to reach switches. The most interesting aspect of it all is Monster’s love of “food” — two items that stand in for the substances Quico’s father is addicted to. Coconuts are relatively benign: Monster will follow them and, after reaching them, eat until falling asleep. Frogs, on the other hand, are more appealing to him than coconuts and have a dangerous side effect. Monster’s explosions, once he manages to actually eat a frog, are a terrifying adrenaline rush that is meant to parallel the unreasoning violence of an abusive loved one. Monster turns bright red, chases Quico relentlessly and, after having caught him, beats the child and hurls him into the air before attempting to repeat the process again. Only rotten fruit — an item that causes Monster to feel sick and calm down — stops his pursuit.

The moments when Papo & Yo reminds you what you’re actually doing — manipulating an addict father so he will help his son in trying to cure him — forces the player outside of the fantasy world of the favelas just as abruptly as Quico entered into it during the game’s opening. Luring Monster with cartoon frogs possesses a kind of slapstick humour until the player’s mind drifts back to the allegory at hand and realizes the brutal logic of an abused child tricking his father into doing something using an addictive substance as bait.

It would be easy to lose sight of the game’s true intensions without Papo & Yo’s lush soundtrack — the one element of its presentation that goes the longest way in maintaining its atmosphere of melancholic optimism. The instrumentation — a fantastic blend of classical guitar, melodica, brass, strings samba whistles and timbales — manages to weave in and out of Quico’s journey flawlessly. It’s hard to imagine Papo & Yo packing the same kind of emotional punch as it does without the brilliant score. Swells of Spanish brass and a constant pattering of drums emphasize a feeling of real danger during moments of pursuit; moody flamenco guitar patterns lend significance to the busywork of puzzle solving; sweeping string arrangements describe utter despair or transcendence during key plot points. It all works extraordinary well. The sound effects (the slap of bare feet against rooftop tiles or wet bricks, Monster’s snoring, stone grinding against stone as buildings shift) couple with the soundtrack to give the entire affair a weightiness that it would otherwise have lacked.

This is essential because, without the success of its presentation, Papo & Yo would be dragged down by its flaws. Though the game’s level design is enjoyably imaginative and colourful, its character animation is extremely choppy. The modelling is flat and lifeless up close and the frame rate stutters throughout many of the moments when various pieces of the level are floating into new positions. These problems are exasperated by some fairly significant glitches. Quico and Monster tend to get stuck in the level geometry, sometimes requiring reloading an area to fix. Worse, an early bug involving Monster’s AI behaviour forced me to replay an entire puzzle-solving sequence to progress. After tinkering with the level for around 15 minutes I decided to try restarting the checkpoint by quitting out and reloading. In a puzzle game where the correct solution isn’t always obvious, glitches like this are an enormous issue. Almost every time a bug appeared it was difficult to tell if my inability to continue on was the fault of the technology or my own failure to find the appropriate solution to a brainteaser. After the first few hours, having found that the blame very consistently lay on glitches, the best approach to “solving a puzzle” became reloading the checkpoint to see if a fresh start would unlock the correct AI routine or let a blocked character move to where they were meant to be.

That said, these technical issues (as frustrating as they are) fade into the background of the player’s mind by the time the game has reached its heart-rending conclusion. The puzzles may be fairly simple, the animation stiff and the bugs annoying, but there is still an emotional resonance to Papo & Yo that is almost unparalleled in the medium. Minority Media and Vander Caballero’s portrayal of one child’s struggle to live in the shadow of an abusive father is an immensely moving and bold artistic statement. It is the birth of a new videogame auteur with the ability to present complex emotions with the level of intellectual nuance and individual honesty that games need more of. If for no other reason than that, Papo & Yo is well worth experiencing. 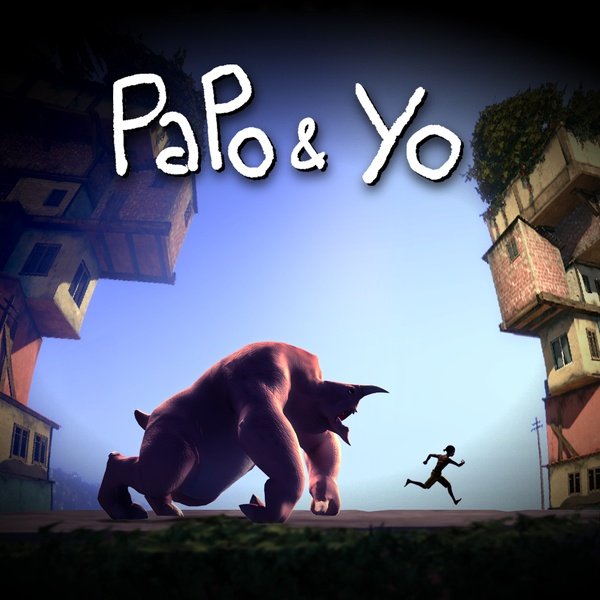 Final Thoughts
Interviews with and profiles of Papo & Yo’s Creative Director and Writer, Vander Caballero, have rightly focused on the game’s inspiration and backstory since it seems the only proper way to start discussing the title.
File Under: Indie Game, Platformer, PlayStation, Sony
×