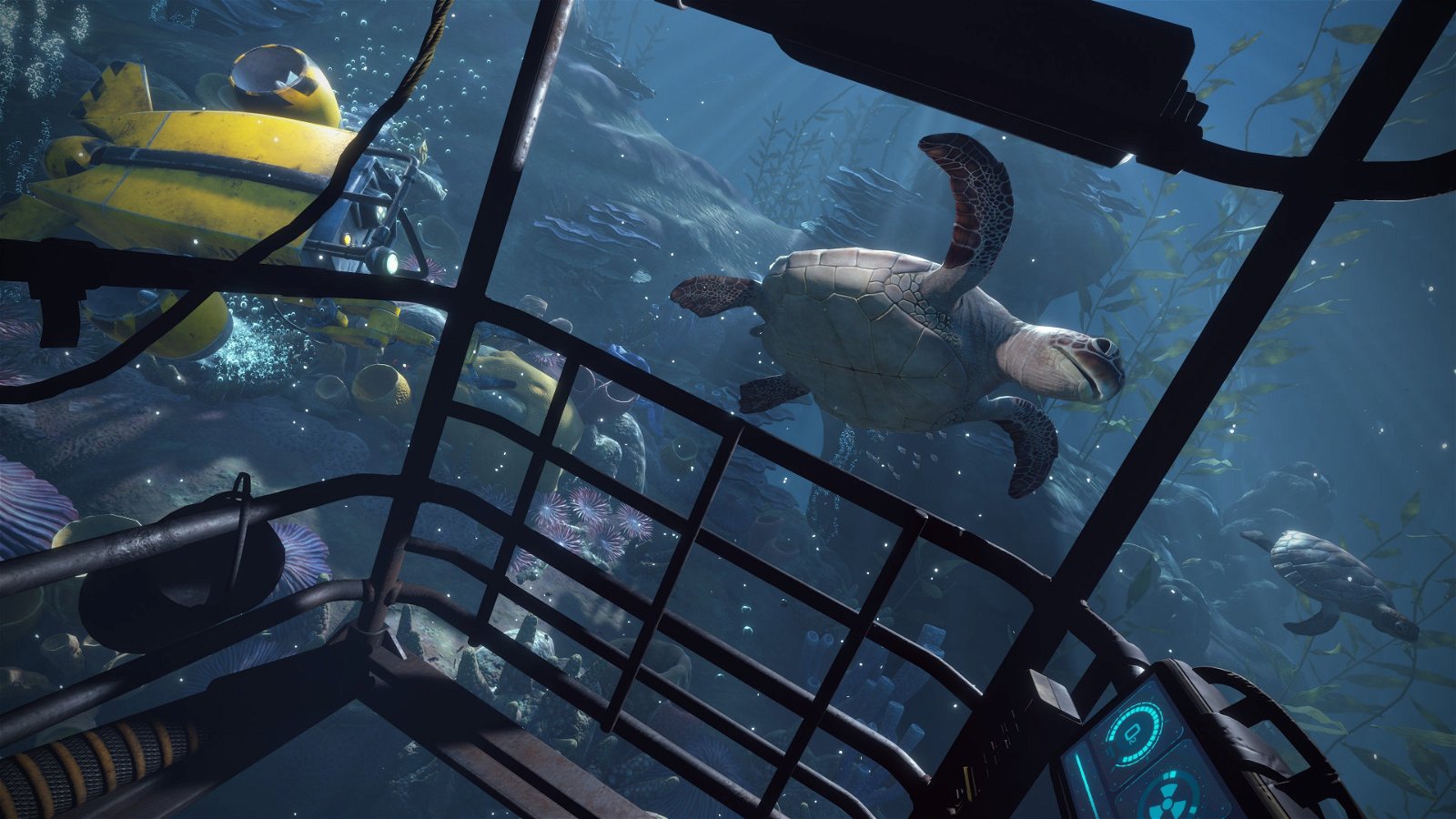 PlayStation VR Worlds includes five different experiences, all trying to demonstrate different styles of games and ways to play. These “games” range from London crime story The London Heist with its high intense action, all the way to the more passive Ocean Descent, which is more about being immersed in a world rather than taking part. It is a good mix, but for the price, it does not hold the attention for long.

The most enjoyable part of the full PlayStation VR Worlds package is The London Heist. This was the game that I first tested PlayStation VR with, back when it was still called Morpheus. It transports you as the player to a world you would only see in the mind of Guy Ritchie, filled with Cockney accents, bravado, British street slang, and guns. Lots of guns.

The London Heist attempts to show off how you can use the PlayStation Move controllers to play a shooter, and it does this well. Utilizing the PlayStation Move controller works surprisingly well as an analogue for a gun. The trigger on the bottom fires while the other buttons work to release the clip, drop the gun, etc. It all feels very natural and a great fit. Even the ability to quickly pick up ammo from the world and load the gun with the other hand works as advertised; it transports you to the world of the game and keeps you there throughout the experience.

The only problem is the experience is over far too quickly. The full game consists of only three dialogue sequences with limited interactivity, and two major shooting sequences. While the shooting sections are fantastic at showing off the hardware, they can be finished in under 10 minutes, leaving you, as the player demanding more. It is a segment that is dripping with potential, and if The London Heist was a full game it would be a must own, as it is now, it is something that should be played, but there is no real reason to go back to it once the game is over.

The next game on offer is Scavenger’s Odyssey. This was an interesting offering. Having you play as an alien trying to go through a wrecked spaceship as an insect like race tries to stand in your way. Giving you near 360° of movement, this game is one of the more involved experiences in the collection. 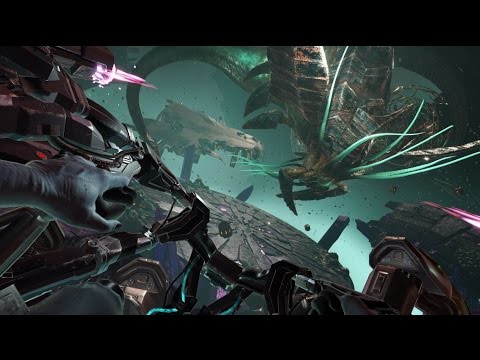 While I loved what the game was trying to do, in practice, this was one of the more disorienting experiences I have ever played in VR. The constant changing of perspective, combined with the jumping and fighting lead to many times when I had to simply remove the PlayStation VR for fear of being ill.

VR games often cause these issues especially when utilizing a first person style control scheme. There are methods that will reduce the effect, but sadly Scavenger’s Odyssey falls prey to these shortfalls. There are a lot of great ideas on show here, it is just disappointing that due to the nausea the game causes they are hard to fully appreciate.

Moving on to VR Luge, a downhill run through city streets. Utilizing your head motion as a control scheme, VR Luge will have you rushing down the hill as you tilt your head to try and score the best time, as you avoid traffic and turns in the road.

In theory it sounds like a quick and easy to understand experience, in practice, it left a lot to be desired. The sensitivity was not calibrated to a level I felt comfortable with. I was either required to tilt my head to an exaggerated degree to make a turn or hit the side after barely moving. There felt like no healthy medium that would actually make things enjoyable. Even after numerous attempts at recalibration and setting up the lights in the test environment, the issues persisted. VR Luge is a chore to play.

That does not even take into the fact that VR Luge is just not a good game to look at. Environments feel sparse and drab, with cars and other parts of elements of the world out of place on this generation of consoles. Overall VR Luge was simply not fun to play or look at and is a real miss for the VR collection on offer.

Ocean Descent is the least playable of the games on offer, and I would go so far as to not describe it as a game at all. It in truth is more of a VR experience. It is stunning to look at, and is a true testament to what can be done with PSVR, but you really can’t do all that much. You will get to experience a shark attack, look at fish, and shine a light around the sea floor, but beyond that you basically just let the game playout. If you want to let VR envelop you it is exciting, if you are hoping for interactivity it may be wise to skip this offering.

The final and perhaps the most fun game in the collection is Danger Ball. At its core, Danger Ball is a VR Pong style game. It has you as the player control a transparent paddle with your head as the you try to hit the ball at direct it back at the paddle at the end of the VR hallway.

Unlike other games in the collection, Danger Ball was responsive and easy to jump into. The head tracking (using the same lighting setup as the other games) was flawless and the overall experience was fun. Make no mistake, this is not a deep experience, but it was one that had me enjoying it for far more than any of the other games on offer in the package.

All in all PlayStation VR Worlds is a great showcase of what PSVR can do, and it is something that should be included with every headset sold. The games on offer manage to guide players though the possibility of VR, and what it can do for games. Sadly, as a nearly full priced title the games are lacking any real depth, and are over a bit too soon. There are some real winners such as Danger Ball and The London Heist (That I personally hope manifests into a full game), but sadly many of the games feel more on the side of tech-demo then full game. If you own PSVR, PlayStation VR Worlds is something you will need to try out, just be aware this is an overall shallow experience.

If you own PSVR, PlayStation VR Worlds is something you will need to try out, just be aware this is an overall shallow experience. 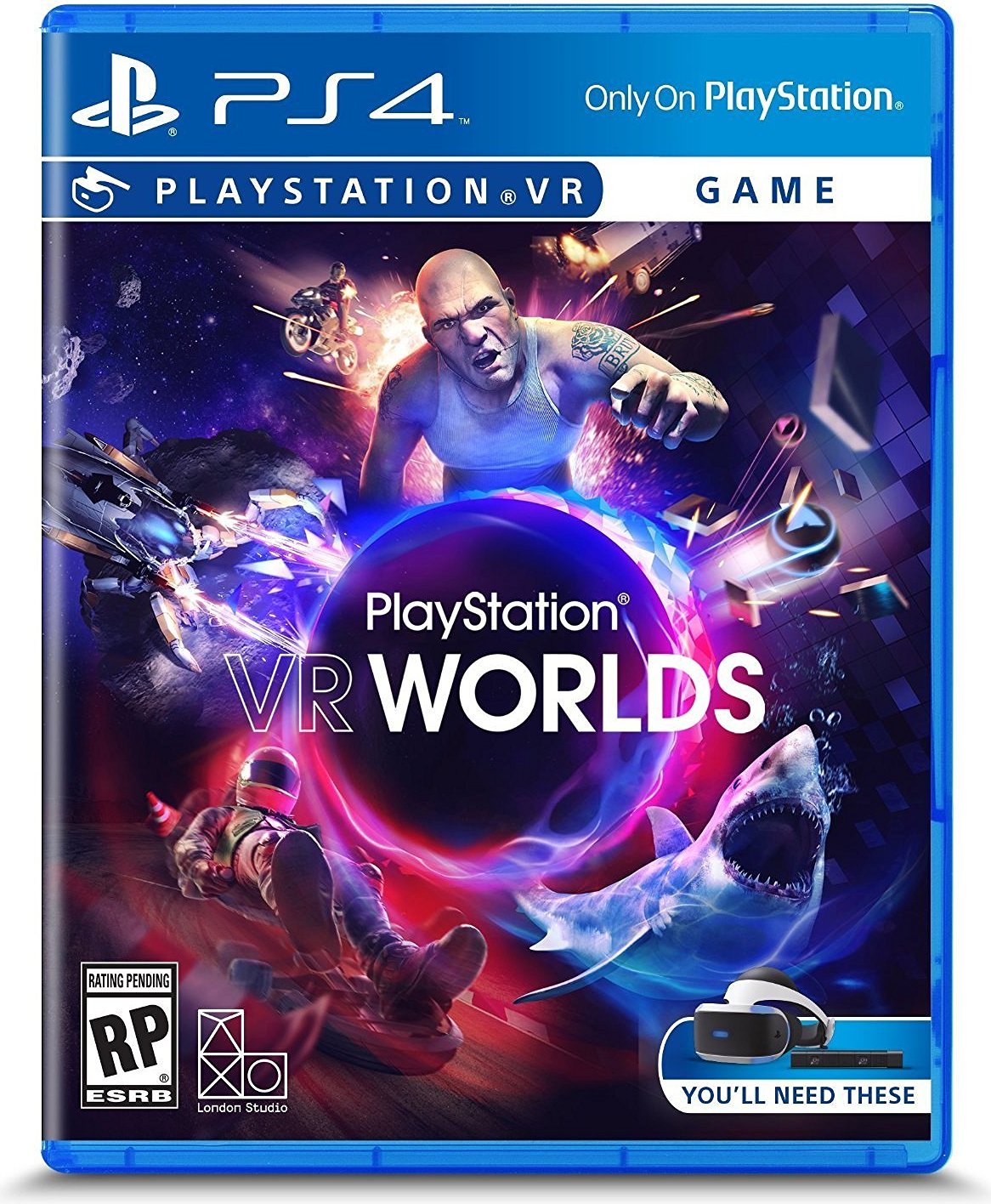