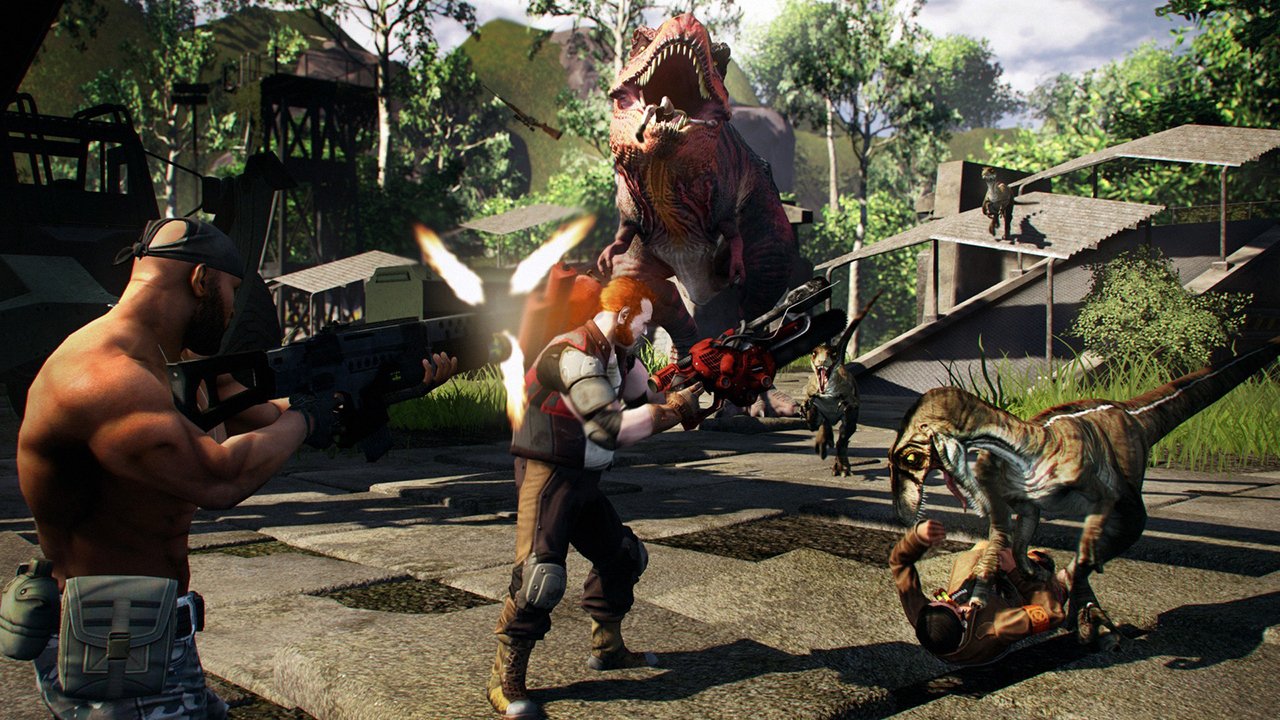 It’s funny how time works. Between the ages of, say, five and eleven years old I would have been absolutely bowled over by a game that allowed me to play as — or try to survive against — a dinosaur. Now, having experienced what is, strangely, one of the only recent videogames using this common childhood scenario as its premise, I can only assess Primal Carnage on the strengths and weaknesses of its worth as a game — not, to my surprise, on the inclusion of dinosaurs alone.

Lukewarm Media has drawn deeply from the wells of some ofValve’s most popular titles in their multiplayer-only action game, creating a title that aims high, but lacks polish and variety. A notableTeam Fortress 2 influence is felt while playing the human side in a given match, design and gameplay obviously aped from the wildly popular online shooter. Primal Carnage‘s warm-blooded classes are drawn from multiplayer FPS archetypes — the Commando carries an automatic rifle and grenade launcher; the Pyromaniac wields a flamethrower and chainsaw; the Scientist packs a sniper rifle and stamina draining tranquilizer gun; the Trapper has pistols and a net; the Pathfinder is equipped with a shotgun and blinding flares.

The dinosaur side sees Primal Carnage more obviously borrowing from the special zombie classes of the Left 4 Dead series. Raptors can pounce on humans and immobilize them via mauling until either their stamina gauge depletes or they’re shot by a competitor. The gigantic Carnotaurus tramples enemies while sprinting or swings its head to knock down the soldiers while the massive Tyrannosaurus can perform a one-hit kill by way of a massive bite or let out an earth-shaking roar to boost the attack strengths of nearby dinosaurs. Lastly, the diminutiveDilophosaurusspits blinding venom while the flying Pteradon is able to shriek to reveal human positions andswoop down to snatch them up.

The lack of originality demonstrated in Lukewarm’s decision to so clearly dip into Valve’s refined and undoubtedly proven multiplayer design comes uncomfortably close to plagiarism, yet it’s difficult to condemn the developer for lifting these ideas in the creation of their own competitive title. The fact is, combining the shooting classes of Team Fortress with the diverse melee focus of Left 4 Dead‘s zombies is a fairly unique idea — not just one that comes packed with years of built-in balance testing. The end result, as immediately familiar as it will feel for many players, is a delightful mix of two typically separate games. Gathering together a mixed band of dinosaurs to assault a group of humans holed up with sniper rifles, grenade launchers and flamethrowers is a lot of fun. Mixing together appropriately weighted teams in order to maximize each class’ strengths while compensating their weaknesses can lead to very different outcomes that can be rewarding, for a while, to explore.

After playing through each of the five maps and experimenting with each of the classes, human and dinosaur both, Primal Carnage just didn’t provide much of a draw to return to its deathmatch-only multiplayer, though. As fun as it can be to spend 45 minutes playing one full round (a turn as dinosaurs, a turn as humans) it’s hard to continue playing once nearly every permutation of battles has been identified. Coupled with the fact that some matches are plagued by theproblem that is every multiplayer-only title’s Achilles heel — the lack of a properly bustling player community willing to actually compete as a team —and Primal Carnage becomes a slog more often than not.

The promise of upcoming, free downloadable content (skins and an even more egregious Left 4 Dead “homage” of a mode where players scramble toward an evacuation chopper) does a bit to make Primal Carnage more enticing, but it’s impossible to review a game based on what may or may not be released for it in the future. When new content does arrive it could help make for a better title, but, for now at least, there isn’t enough present to recommend the game.

The bottom line is that Lukewarm Media has created a great toybox in Primal Carnage without enough structure to warrant more than a few hours of play. All the nifty dinosaurs in the world can’t make up for the shortcomings here, as much as my inner child may want them to..

The dinosaur side sees Primal Carnage more obviously borrowing from the special zombie classes of the Left 4 Dead series. 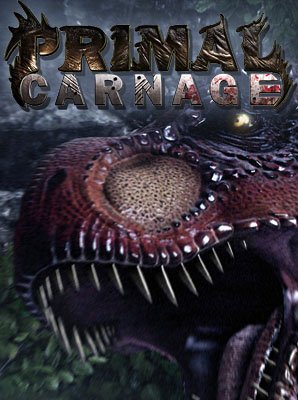