Not the Be-All and End-All of Battle Royales 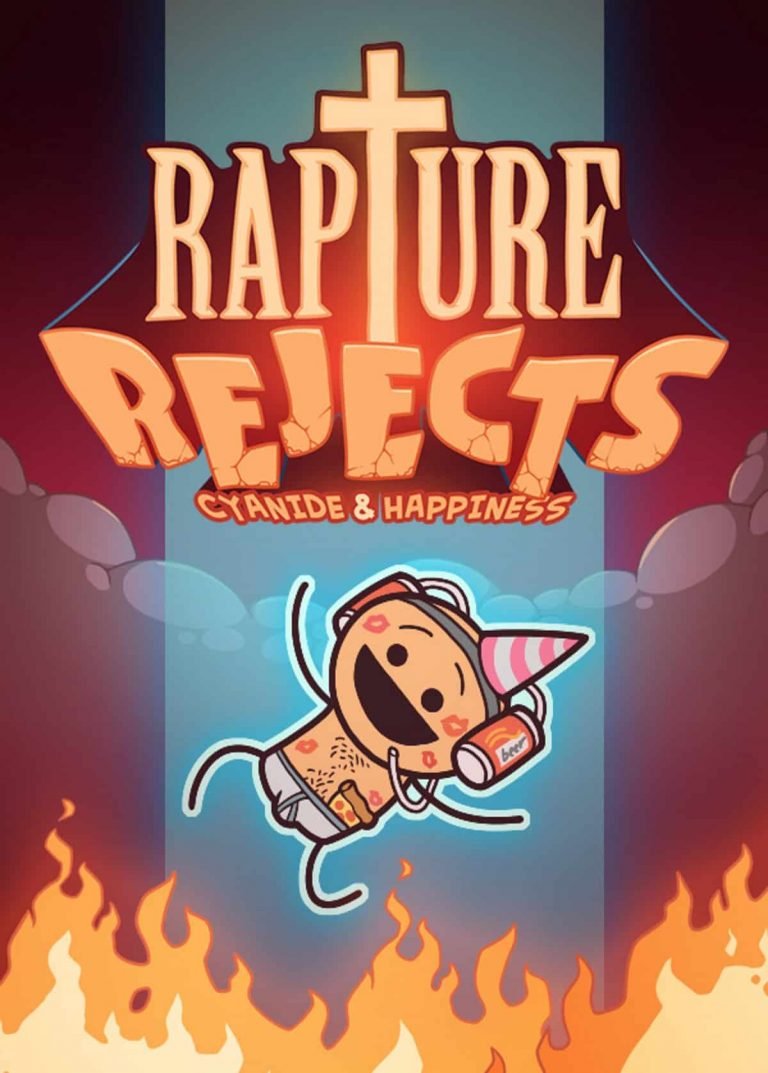 It was hard to ignore the initial feeling of disappointment I felt when I’d learned that the first Cyanide and Happiness video game would be a Battle Royale game. I never quite saw the appeal of Battle Royale games and even after giving some of the more notable titles among the genre a try, I was left even more confused by their popularity. After spending about a week playing Rapture Rejects, I’ve finally begun to understand why how these games manage to draw so many players in, though this won’t be the game that completely changes my mind about the genre.

Developed by Galvanic Games and ExplosmGames, Rapture Rejects is a town isometric Battle Royale style game set in a world based on the Cyanide and Happiness webcomics. Similar to most games in the genre, fifty players are dropped into a world where they need to seek out weapons and equipment in order to become the last one standing in a slowly shrinking arena. Players can also play team matches where they’re paired up with another player, going up against other two player groups.

If you’ve never heard of Explosm’s Cyanide and Happiness, I’d highly recommend checking the series out. I should warn however that the series isn’t afraid to make jokes regarding what some would consider controversial topics. With that in mind, it’s no surprise that RaptureReject’s simple plot pokes fun at the idea of the Rapture. Each player is part of the group that God decided wasn’t quite good enough to make it into heaven. Now they must fight to the death to prove their worthiness to God, awarding them a ticket into heaven. As far as setups go for a Battle , it’s a genuinely creative one with animation to . It’s unfortunate however that when it comes to the you’d expect Cyanide and Happiness series isn’t much more than this. Luckily, the game’s visuals are precisely hope for from the series. RaptureRejects features a character creation system with a great amount of help you create your very own Happiness characters. The game’s environment is also rich with with only one map of a destroyed city, the area starts looking bland over of matches.

The gameplay of Rapture Rejects took some getting used to. While movement is simple, using four directional keys, combat is handled by using the mouse to aim and clicking to shoot. This can at times, feel incredibly awkward and make hitting moving targets seem impossible. This also gives a clear advantage to the few weapons with a wide range as they don’t require any real precision. A bigger problem that from this is that fighting with fists can manage to beat out guns, not needing to be aimed and somehow having a far longer reach than even some of the game’s guns.

There are a couple more problems that manage to stand in the way of Rapture Rejects’ otherwise fun gameplay. While the graphics do an amazing job of capturing Cyanide and Happiness’ art style, this occasionally comes at the cost of Visibility. Loot and interactable objects can sometimes blend in with the environment or be completely obscured by walls. Although it is possible to rotate the camera, the way it suddenly jerks to a different angle is usually a little disorienting and can be an easy way to lose if you’re in the heat of battle. More likely to take you out of the experience is the potential connectivity issues. It didn’t happen to me often during my time with the game, but if you happen to play with anyone who has a less-than-decent internet connection, it will result in the match constantly freezing. Even worse, may cause the game to bring an early end to the match, something that can really burn you if you were having a particularly good run. This occurrence happens more often when it comes to team matches where your partner may end up making the game completely unplayable. As it stands, Rapture Rejects is hardly worth its $20 price tag. The only rewards for playing are new cosmetic items and it’s a slow grind to unlock them one at a time, especially while the game’s lower userbase can lead to matches taking up to two minutes to begin. As it’s still in its early stages, I hope to see Rapture Rejects grow and expand on the variety of content offered while hopefully fixing its number of small but frustrating issues. If not, I’d hope it at least becomes free to play so more people can figure out if worth sticking around for.

Rapture Rejects offers style over substance, capturing the feel of Cyanide and Happiness without working out the issues that style carries
REVIEW SCORE
6
File Under: