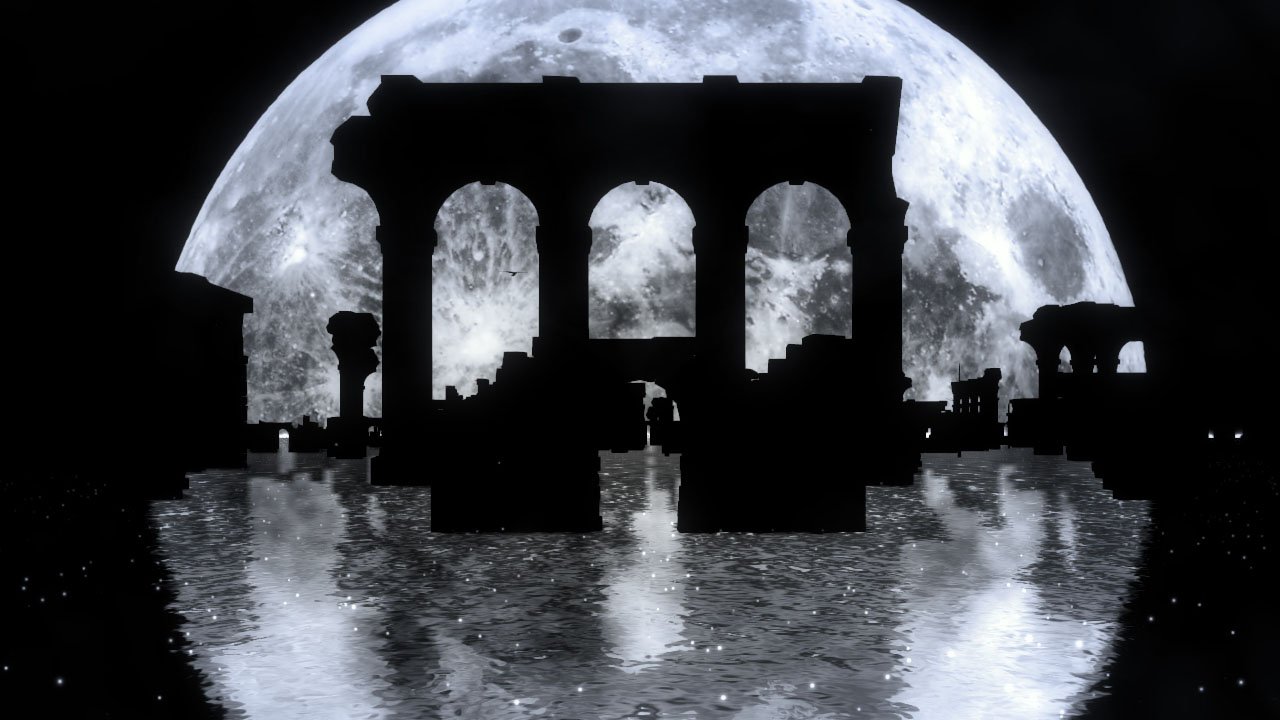 Developed solely by Vladmir Kudelka, Rememoried is a surrealist first-person exploration game that explores the complicated theme of dreams and memory. The way you advance in the game is by looking away from your surroundings, elements in the environment, and other important objects for they’ll constantly change shape and create a new path if you do. It’s a zany little mechanic that succeeds a lot more than it fails, but only in a mechanical sense.

There isn’t much of story here. A nameless and faceless character is randomly dropped in a weird, eccentric forest replete with goofy eyeballs and mysterious diamonds. You’ll discover unusual, empty picture frames and even some phantoms. I explored this setting for nearly half an hour, not knowing what to do next or how to actually advance. That’s until I realized looking away from something and looking back will allow you to slowly advance to the next change as new platforms start to take shape. I would’ve definitely preferred a much smoother introduction, but then again, the whole point of Rememoried is to let go of what you remember and start anew. But since there’s a lack of story beats and actual narrative, this theme of dreams and memories never really becomes anything more than just a way of influencing a cool gameplay mechanic. I feel as if there’s still a lot more to say here.

The crux of the gameplay is puzzle solving. Rememoried contains a ton of varied, breathing visual puzzles that are mostly clever, and annoyingly flawed as well. At one stage, you’ll be floating through stars, while in another, you’ll have to deal with the aftermath of a bomb going off. Each level is a visual feast. There’s a good use of simple, minimalistic colours. There’s a lot of white, gray, and black here, and it works to great effect. And the visuals definitely complement the level design. As I’ve mentioned, the puzzle that involves floating through stars wouldn’t work if Kudelka’s art design wasn’t so damn confident and particular.

But the art direction is Rememoried’s sole standout feature, as the puzzles are generally uneven. Some frustrate and contain cheap, uninspired resolutions while others shine brightly. It’s almost inevitable that a game like Rememoried will only contain clever puzzles, and make do without anything that lacks in quality. It’s a hard feat to accomplish.

My big take away here is that Kudelka has introduced something that’s quite unique and promising. Rememoried feels nothing more than a fantastic primer for a great and meatier game. The foundation is laid out here, but that’s all Rememoried is: a great foundation, and not a substantial experience. But overall, I still had a blast playing through this small indie title and you’ll genuinely fail to find anything quite like this from most big-name publishers and studios. If you hate puzzles, then avoid Rememoried at all costs. But if you enjoy beautiful art, a calm experience, and puzzles, then you should definitely give Kudelka’s effort a try.

Rememoried contains a ton of varied, breathing visual puzzles that are mostly clever, and annoyingly flawed as well.