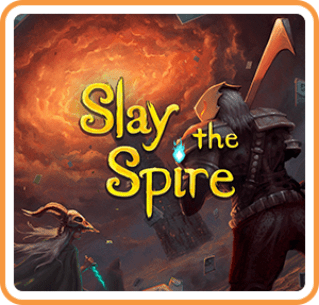 The GameCube era of card-based RPGs is some fifteen years past now—oh, Baten Kaitos, how I long to sprout my own “wings of the heart” and fly to your cheesy embrace—and while the niche sub-genre may no longer be trending, developers like Mega Crit Games are stepping up to fill the void. True to the studio’s name, Slay the Spire is Mega Crit’s mega-hit debut title; a “dungeon crawling, rogue-like, deck-building” adventure, Slay the Spire fuses elements of analogue single-player card games with procedurally-generated challenges. The result is an exceptionally accessible deck-builder with layers that players can gradually peel back to delve deeper into its addictive gameplay cycle.

The core conceit of Slay the Spire is among the most easily-digestible of games I’ve played within this sub-genre: in a series of encounters within a procedurally-generated tower, players must use a growing deck of cards to attack enemies and shore up their defenses against their enemies’ strikes. Every other card simply manipulates the calculations for incoming and outgoing damage via buffs, debuffs, passive powers, and multipliers. To be fair, most RPGs (and games in general, really) can be oversimplified to fit this description, but Slay the Spire is astonishingly straightforward to grasp. I say this as a person who enjoys tabletop gaming, but who occasionally feels flummoxed by the impenetrable learning curve of the genre’s greats.

While Slay the Spire‘s simple room-based dungeons are generally randomized, its more compelling hook is the opportunity to employ new strategies with every “run.” The two most important elements here are character choice and loot acquisition. Each of Slay the Spire‘s three playable characters has access to a completely different pool of cards, and every room they traverse has the potential to contain one of over a hundred different items, most of which are “relics” that provide passive, permanent bonuses for the duration of a run. One might bestow the assassin-like character Silent with a handful of free shivs to attack with at the start of an encounter; another could allow the player to retain their hand every turn without discarding, while another still could increase the quality of all incoming defense cards for the duration of a run. Think The Binding of Isaac, but turn-based and with cards. The absurd number of potential effects these items can have on a run, particularly when combined in unexpected ways, gives Slay the Spire nigh-unlimited replayability.

Where Slay the Spire flounders is in its approach to overall progression. With roguelikes, I’m always interested to see how the game tracks my achievements and rewards me for coming back again and again. I want to feel a sense of gradual empowerment from run to run, no matter how small—give me a maximum HP increase, or methods to mitigate random number generation, or new aesthetic unlocks, or anything. I don’t enjoy feeling like I’m truly starting from scratch every single time I jump in. Slay the Spire isn’t completely free of progression elements, but they are minimal. Each of its three playable characters has five “levels” of unlocks to earn, which simply add new cards and relics to the overall pool for future runs. This is welcome, but it doesn’t quite feel like enough. Daily challenges and leaderboards work to assuage this feeling of stagnation to a degree. I’d still like more.

Given that Slay the Spire only came out of early access on Steam earlier this year, it feels like there’s still room for it to grow post-release. If the developers can add some polish to its simplistic animations and continue implementing meaningful progression systems (perhaps via a new “legacy mode”?), I’ll be delighted to brave the Spire‘s unpredictable hazards again and again.

A loving homage to a niche sub-genre of days gone past, Slay the Spire uses procedurally-generated challenges to keep its deck-building gameplay fresh.
REVIEW SCORE
8
File Under: Nintendo Switch