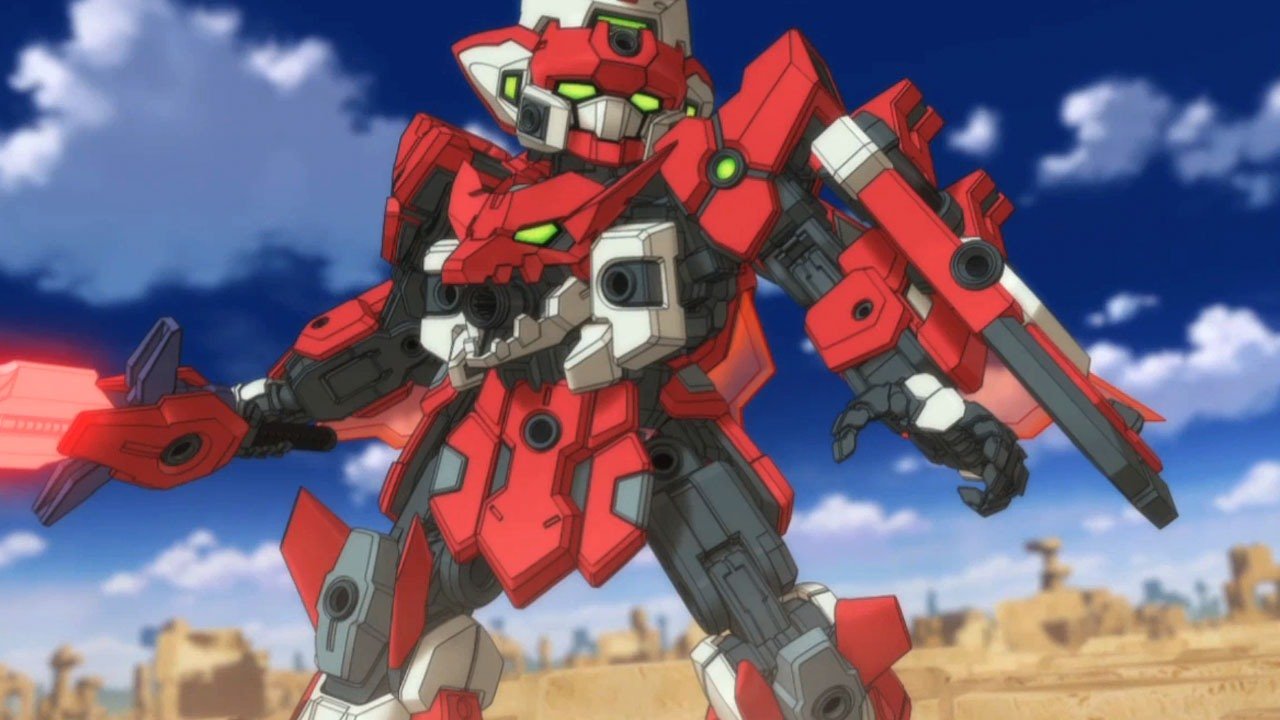 First off, I have to admit that I know nothing about the Tenkai Knights anime series. However, I do like games where robots make stuff blow up, so I was still interested in playing this spin-off game. My good faith was not rewarded. In fact, I actually like smashing robots less now and that’s more than a little heartbreaking. This a very simplistic 2D action beat em’ up, the likes of which have been produced on repeat for decades. Even for a fan of the genre like myself, Tenkai Knights gets old fast. The action is painfully repetitive, the levels needlessly easy, and the characters are all pretty much the same. Within 15 minutes you’ll have experienced all that this title has to offer and playing any further is an endurance test. This is as cookie-cutter as they come, a game clearly made on whim and cranked out as quickly as possible to capitalize on the success of a TV series. Perhaps for the target audience the novelty of seeing the series come to life will be enough to make this thing playable. For everyone else, it’s a slog.

Things kick off with a long introduction attempting to sum up the series. It’s got something to do with a group of kids who can control robots from another planet. There’s an evil warlord and the kids/good robots have to fight for justice or whatever. At least I think that’s what it’s about. It was hard to tell since the story was set up through scrolling text, still images, and a narrator whose voice I could barely hear over the thundering music, perhaps because the designers realized that the plot makes no sense and just wanted to get it over with. This minimalist approach to cutscene storytelling continues throughout the game. The optimist in me wanted to believe that the aesthetic was chosen as an homage to old school gaming, the realist knew it was a cheap and lazy design. The latter option was confirmed when I turned on the 3D and boxes and text seemed to pop off the screen at random as if the designers remembered the game had to be in 3D at the last minute and added the dimensionality in a hurry without any thought put in to how or why to employ it.

Things don’t get much better when the actual game starts. You play a big, ugly, blocky robot in big, ugly, blocky levels. You’ll jump around and smash drones with your light, medium, and heavy attack buttons. There are special attacks, items, weapons, and add-ons to collect, but they all amount to the same basic smash attack with different animation (or occasionally a screenwipe attack for a single element of variance). Controls are incredibly clunky, with even jumping between platforms proving to be a challenge. Once again, part of me wanted to believe this was all some grand homage to the old awful licensed games of the 8-bit and 16-bit eras that seemed to be designed by programmers who had just been taught the basics of gaming 15 minutes before their deadline. However, there was no sugarcoating that could cover up the truth. This is just a straight up awful game produced to meet a release date rather than offer any sort of satisfactory gaming experience. Even when I was eventually able to unlock a giant robot mode that seemed to promise more power, the gameplay was exactly the same. The only noticeable change was that the robot was even harder to control than before due to its increased size. Whoo-hoo!

If somehow Tenkai Knights managed to appeal to you through it’s ugly visuals and muddy controls, then there are a few reasons to keep coming back. There’s a system in place to upgrade your robot so that its identical attacks can deal out more damage or whatever. There are also more of the indistinguishable robots to unlock as well a multiplayer mode where two players can be bored at once! So, there’s room for plenty of time that could have been spent more productively doing literally anything else to be wasted on this game, although I can’t imagine the poor soul who would actually bother to invest energy into such a colossal waste of time. If Tenkai Knights holds any merit as a game whatsoever, then it’s purely as a monument to apathy in game design and even in that instance only the most dedicated of gaming masochists need apply. A truly awful game.

If somehow Tenkai Knights managed to appeal to you through it’s ugly visuals and muddy controls, then there are a few reasons to keep coming back. 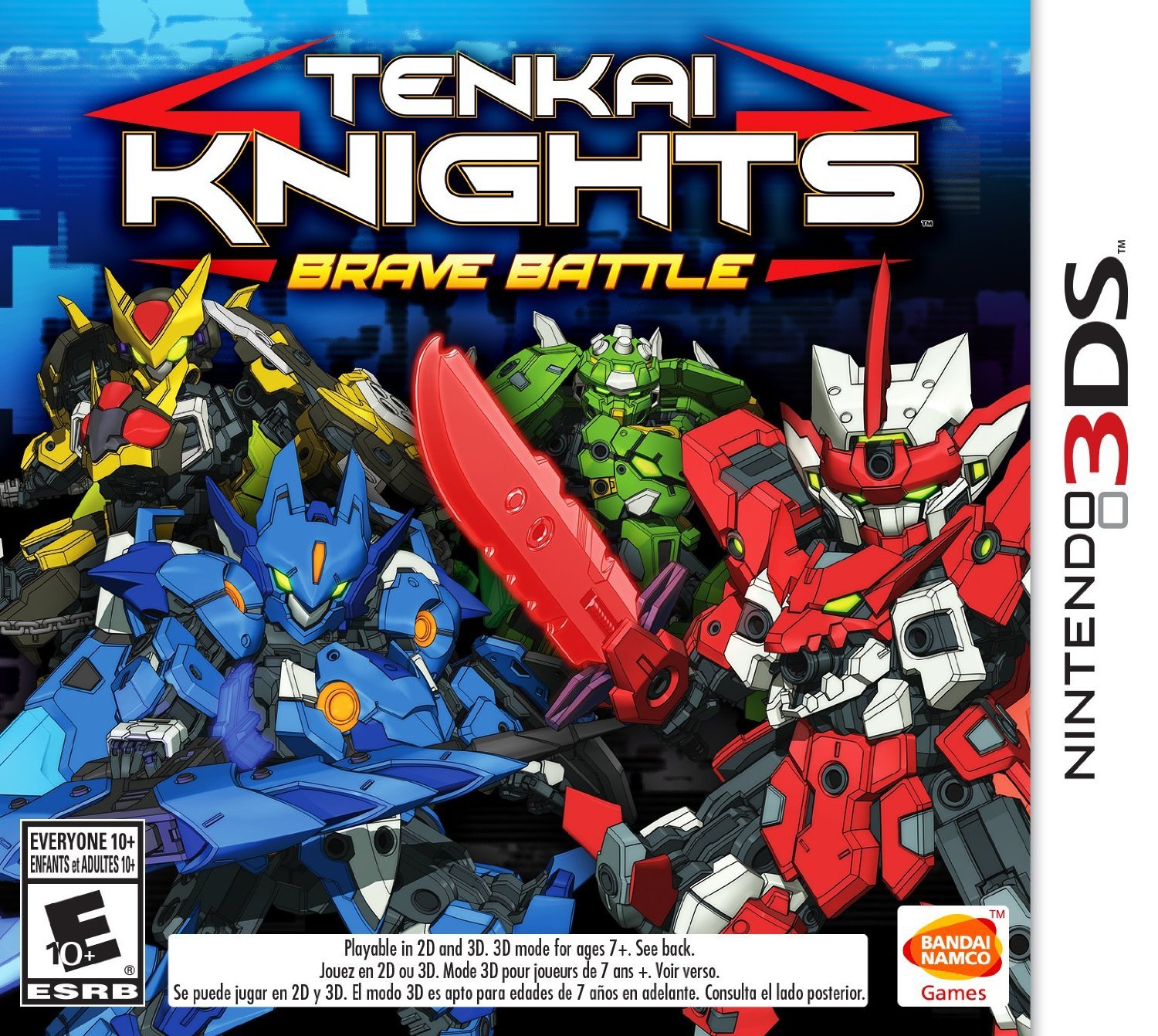