A big part of me misses the harsh world of the Wild West; a world where justice is dealt in hot lead and cowboys ride stoically off into the sunset. It’s an era it seems the gaming industry has forgotten, shifting ever closer to sci-fi imaginings of the future. Don’t get me wrong, I love sci-fi imaginings of the future as much as the next guy, but it does feel like a bit of the romanticism for the western has disappeared.

Fortunately the good people at Bandit-1 felt the same way, as Western Press takes us back to the days where the gun was the law in a retro style, quick-draw arcade game.

Gameplay is simple, two players are given a sequence of button commands to execute and the faster hand is the one that lives. Western Press offers full functionality with any control type, and each player (up to 16) has the freedom to choose PS4, Xbox One, or keyboard. There’s a good sense of tension in each game as buttons climb up in order right at the start of the duel. Players aren’t really given a lot of time to process what’s happening, only react, and I think this adds a lot to the feeling of being in a fastest-hand, old west duel. 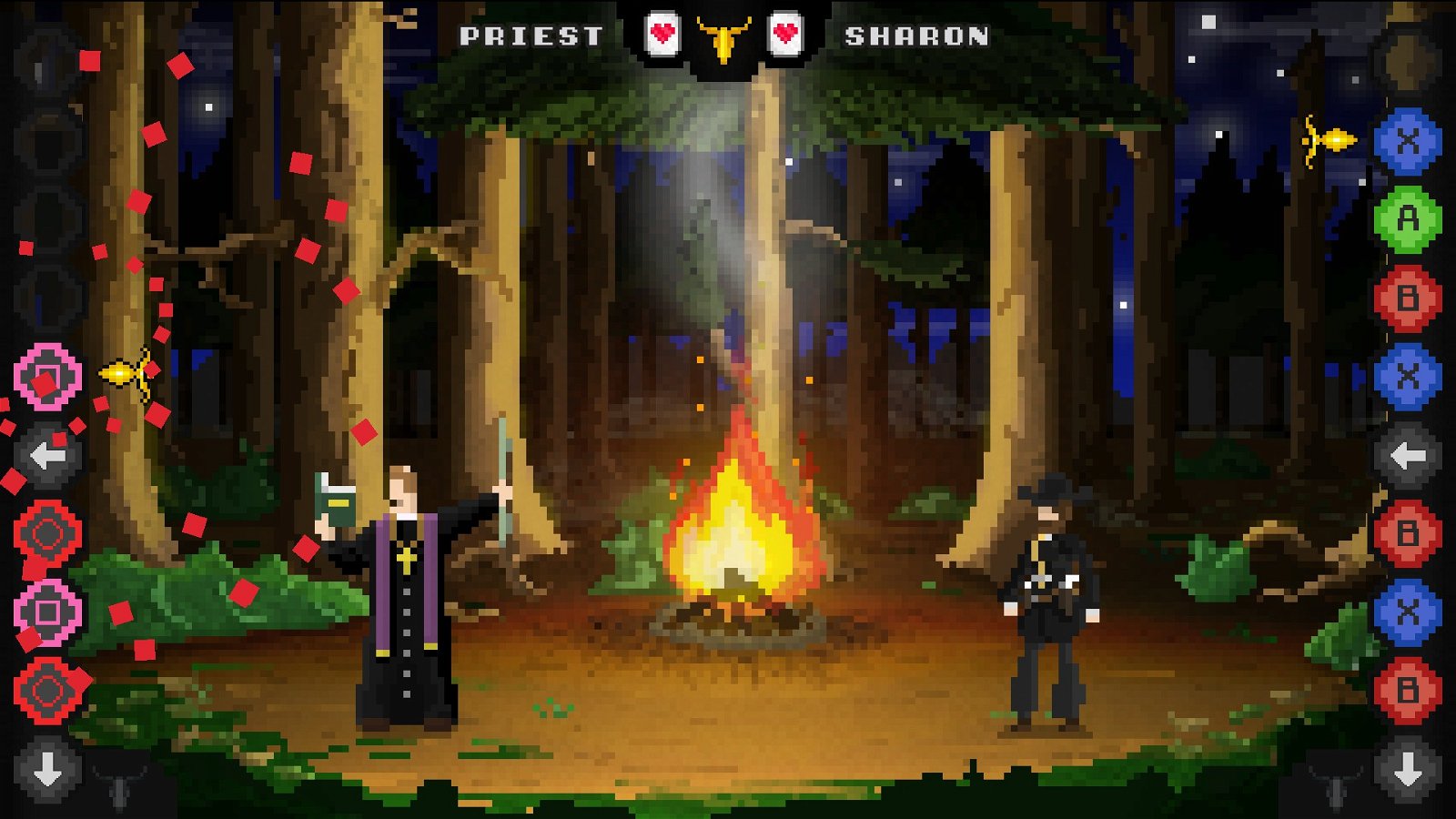 Western Press is at its best when enjoyed with friends, but for those lone rangers there is a single player “skill tester. ” Players shoot through 9 characters, unlocking each for multiplayer (with 7 extra unlocked through more challenging means). While the first couple of duels are easy enough to make you feel like Annie Oakley, as the difficulty increases there seems to be an insane imbalance of bot time vs. human time. They feel impossibly fast, and players may soon find themselves seeking the company of others with realistic reflexes in local, or if you can’t round up 16 friends, online multiplayer tournaments.

The spirit of the spaghetti western is alive and well within Western Press, and the game has a ton of style. The intro music has a great Western flare; banjo strings mixing sombre tones with a sense of epic intensity, and the multiplayer setup menu features some great saloon honkey-tonk. Certain menu selection prompts a bit of flavour text from the game’s Sam Elliott inspired narrator, which only adds to the game’s charm.

Characters are varied in all the Western flavours: the Sheriff, the farm girl, the old prospector, the confederate, the outlaw, the noble Native American, and many more. The only unappealing aspect of it is the totally unnecessary ugly Atari 8-bit aesthetic. Such a fast-paced game would’ve done much better with a stylized, animated comic book look.

Western Press is a great party game for those with friends who want a challenge and are sick of playing Mario Party 2 (the only good one.) It’s fun, exciting, tense, and has a ton of indie charm. For a good time that won’t cost a lot, it’s definitely worth checking out.

Western Press shoots from the hip, right through the heart.
REVIEW SCORE
9
File Under: