Something Old, Something New
SCORE: 8/10 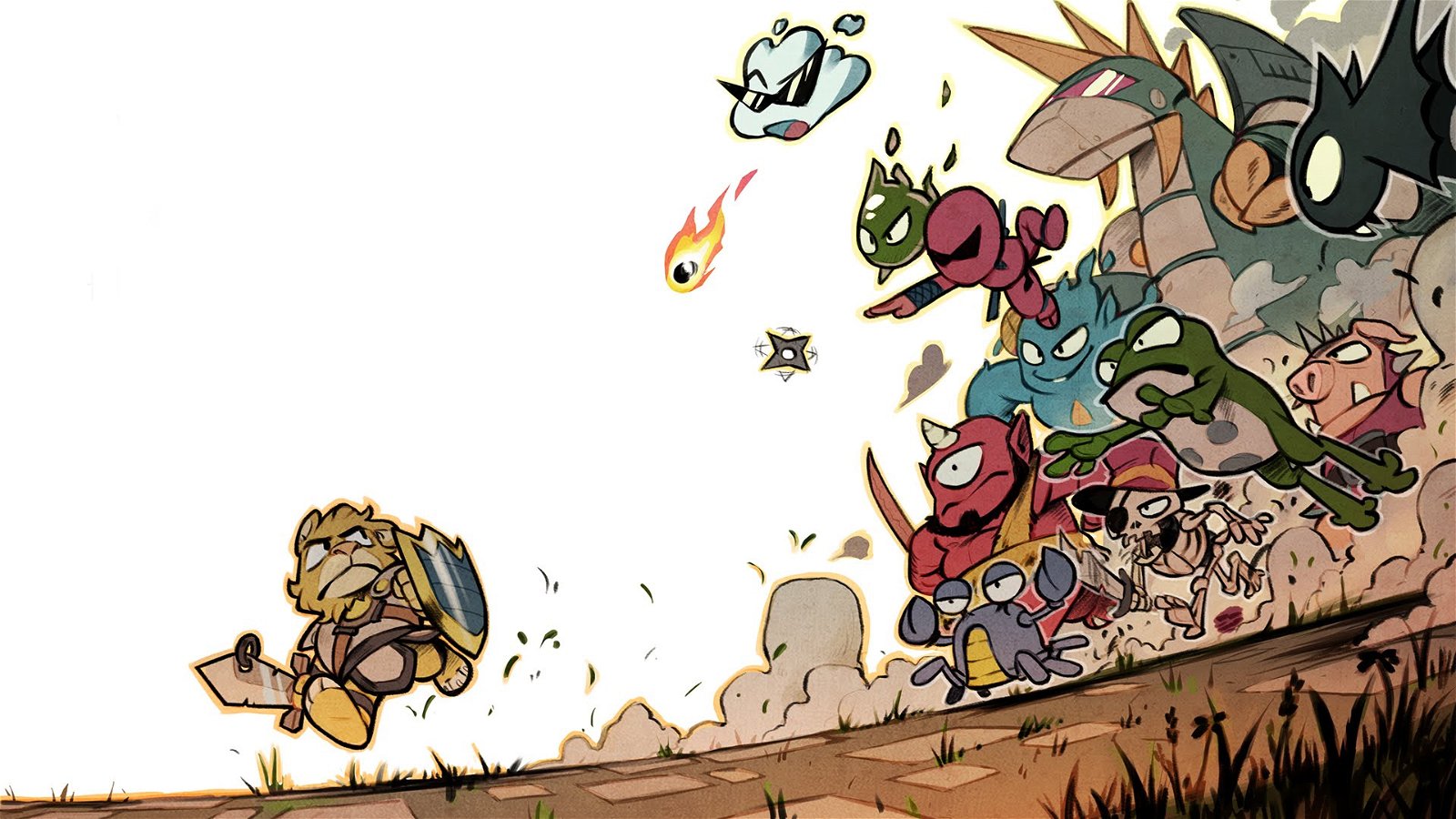 Another day, another remaster. Only this time, it isn’t a game that released in the last five years – instead, it’s one going on almost three decades. Originally released as Wonder Boy III: The Dragon’s Trap for the criminally unknown Sega Master System, this beautifully hand-drawn remake is a prime example of how to do remasters right.

The game starts off by having players select if they are playing as a boy or a girl, with the latter being added specifically for this remaster. Then players are tasked with completing the last bit of the final level and boss of the previous game Wonder Boy in Monster Land. Once the boss is slain, a curse is placed on the lead character. This turns them into the first of many animal-based forms, Lizard Man – a reptile person that breathes fire. Players then set out to slay a series of dragons to try to reverse the curse to become human once more.

As this is a direct remake, there isn’t a whole lot of story to be found, as was typical of anything but RPGs in 1989. Instead what you’ll find here is a simple but entertaining early Metroidvania title. There’s all the elements you expect such as basic platforming, areas only accessible once other abilities (or in this case forms) are unlocked, and plenty of optional secrets. Oh, and some large pattern-based bosses.

As I’d never played the original game, I found the experience here to be enjoyable, if not feeling unsurprisingly dated. While the early game is pretty much straight forward, the late game lacks any form of signposting to tell players where to go. It also doesn’t help that a rather hidden item must be found, and used in a hidden room to unlock the final level, but those that enjoy exploring shouldn’t have much trouble.

As for the controls, they feel a bit floaty in that the player’s’ character doesn’t stop immediately when letting off the control stick, although this is a minor annoyance as I was able to adapt in no time. Combat is mostly sword based aside from Lizard Man’s fire breath and consumable weapons dropped by enemies. These limited use weapons include arrows that shoot straight up in the air, tiny tornados that trace the ground, fireballs that fly through the air, and so on; you’ll come to find that they all have specific enemies or bosses they are useful against.

As for the actual remastering here, it’s pretty unmatched. All the characters and art have been reimagined and hand-drawn, which is breathtaking considering you can simply press the right trigger button to have the game wipe the screen back to the original’s graphics. Every stage now has impressive parallax effects that make the world feel far more alive than the bland and pixelated backgrounds found in the original release. The underwater stages especially benefit from this as in the original they were atrocious.

While it may just be a preference or mental thing, I found playing with the new coat of paint just made the gameplay feel better, much like playing a modern game at 60fps vs 30fps. The enemies have extra animations that help telegraph their attacks, and the fluid animations help the gameplay feel a bit more fresh and less clunky.

For those feeling nostalgic, you can play with retro graphics, sound effects, and music, or mix and match as you see fit with the new and old assets. While I dig chiptune, I found the orchestrated reimagining of the original soundtrack to be wonderful, which is fitting for a game called Wonder Boy. Personally I’m a huge fan of playing as Wonder Girl, although all the animal forms are still referred to as “animal man” instead of “animal person.” I do appreciate that the developers didn’t do something stupid like put a bow on each one of their heads to denote gender. This is a great example of just how easy it is to offer gender options and have it no impact the overall game at all, while ensuring a bit more enjoyment and relatability for some players. Hopefully Nintendo takes notes for the next Zelda.

Wonder Boy: The Dragon’s Trap does just about everything you’d expect a remaster to do as it has impressively redone graphics and soundtrack, although it lacks any additional gameplay which isn’t terrible as what is here still holds up alright. If you’re a fan of the original game or looking for a cute, short three hour Metroidvania, you could do much worse.

Wonder Boy: The Dragon's Trap not only introduces us to Wonder Girl, but adds beautifully reimagined hand drawn graphics, and the ability to seamlessly swap to the original game.