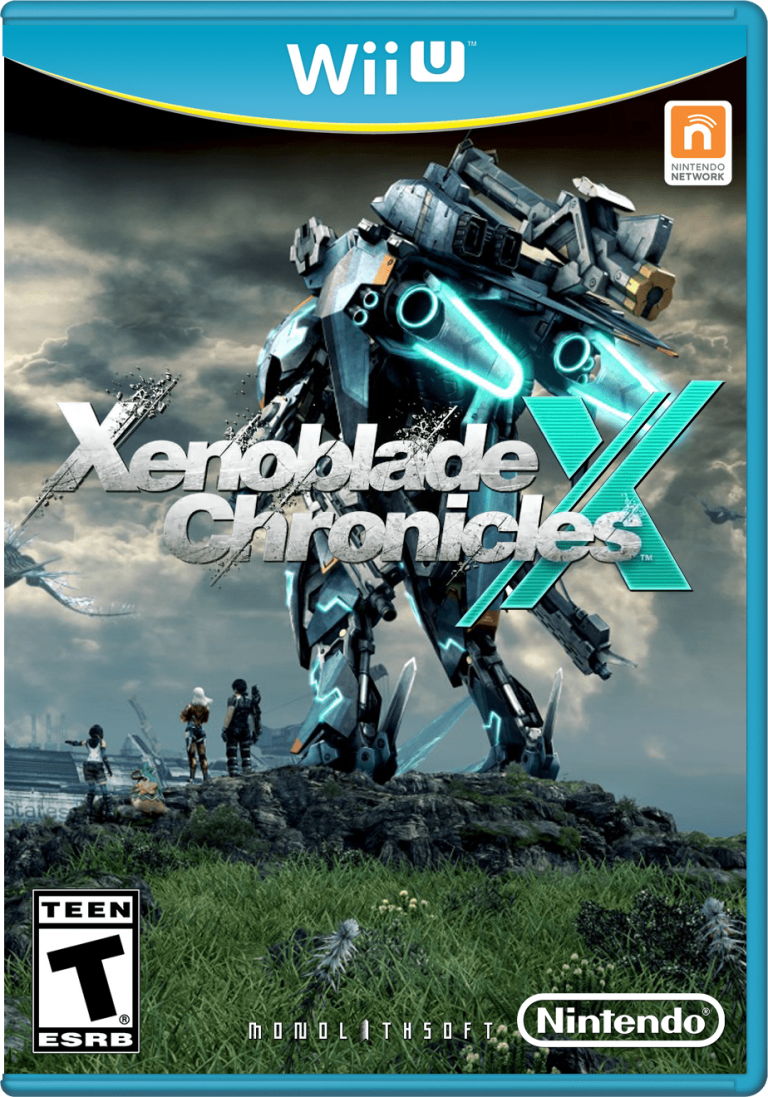 The Xenoblade franchise is one of those properties that holds a special place in my heart, both personally and professionally. When the last entry in the series launched, I was just breaking into the industry as a fresh-faced aspiring journalist still in school learning my trade. I wrote for free for a few different websites when I wasn’t bogged down with the responsibilities of being a student. Frustrated over lack of quality titles, Wii owners created a petition to bring Xenoblade Chronicles (along with two other games) to North America. I followed this story closely, and covered any piece of news I could. Once it came to North America, I bought the game almost immediately. I never thought that just four years later, I would have the opportunity to review the sequel to the game. I love this franchise, and as such, I had high expectations for Xenoblade Chronicles X. Somehow, Monolith Software managed to exceed those expectations and create a unique universe on a scale I didn’t think was possible on the Wii U.  This is the game Wii U owners have longed for and a title geared towards a more mature audience. However, it isn’t without its flaws, and those issues make it very hard for newcomers to the series to really enjoy what this game has to offer.

The year is 2054. Earth is on the brink of destruction from a race of alien beings. In response to this, humanity undertook the creation of a project to send liveable habitats out into space to search for other planets to colonize. Unfortunately, most are shot down before they even exit the atmosphere, and Earth is destroyed.  One ship did make it out however, and that is New L.A. The ship drifted through space for months until it was forced to crash land on an Earth-like planet named Mira. Resources are scarce, and none of the planet is mapped. A military group known as BLADE oversees the operation of the colony, and they are in charge of local policing, the exploration of Mira and the defense of New L.A. Their top mission is to find a part of the ship that broke off during the attack called the Lifehold. It’s a capsule device containing the residents of new L.A.

That’s where you come in. You’re found on the outskirts of the base, you have no memory but you’re a hell of a good hand when it comes to fighting. Naturally you’re brought into BLADE to begin your training as a soldier.

You pick one of six divisions, each of which gives you different types of missions, upgrades and rewards, and you’re off to the races. There’s very little hand holding in this game to the point where I don’t recall actually having gone through a tutorial for anything.  I learned how to play, change classes, and upgrade my arts and skills by fooling around in the options menu and testing out what works best for me. As a somewhat seasoned RPG player who knows the series, this is fine, but for someone who’s never played a Xenoblade game before, this can cause issues.  It’s a very deep game, with a unique battle system and what feels like an unlimited amount of customization options. So it’s easy to get confused and even stuck at points.

But if you stick with it, there is one of the most enjoyable games on the Wii U. The combat system is much like the previous entry, but more refined. It’s turn based, but with real time elements. Your attacks (or “Arts” as they’re referred to in the game) are dependant on where you are in conjunction with the enemy, and teamwork is necessary to win.  There are small quick time events littered throughout battles, and they’ll do different things like alert your party you need healing, or deal more damage with other attacks. It’s very fast paced, and keeps you thinking even in the smallest of battles.  But make no mistake about it; there are gigantic creatures in this game. The scale of some of these monsters is absolutely baffling, and before you get your mech suit, they’re terrifying.

But that’s part of the game’s charm. Monolith created a huge, living, breathing world filled with native creatures you’ve never seen before. Some are the size of skyscrapers while others are small plant creatures. They all live together, oftentimes in harmony, but it’s jarring to see them side by side at times. The only issue I have with this system is there isn’t a real balance. There will be level 11 enemies right next to level 45 creatures. You make a wrong turn and you’re in Onehitville and dead. It’s a little frustrating, especially when exploring is such a huge part of the game, but it’s not something that happens often if you keep your wits about you.  I had a massive gorilla beast about four times larger than my character walk right past me in the middle of a battle. He was about forty levels higher than me and this encounter happened almost directly out front of the hub world where you’d expect lower levelled enemies to reside. Fortunately, he left me alone, but it could have been a moment of frustration had he interfered.

But that’s what makes this world feel real. This is a massive, sprawling planet, oozing with life. The game invoked memories of my first play through of Legend of Zelda: Windwaker, where the real joy in the game is exploration. You can kill hours just roaming the fields and mountains, mapping uncharted territories. There’s an entire planet at your disposal, and it’s exciting to see everything. It’s almost overwhelming, but in the best possible way. Just gazing out from a high point on the map and not even making a dent in everything is mesmerizing, and I honestly never thought I’d see a title like this on the Wii U.

I think that’s why this game is so important. Nintendo has starved its fans of deep, rich content for so long, that when something like this comes along, it’s a breath of fresh air. It’s needed, but it’s frustrating that this is the exception, not the rule. And since many Wii U owners are so desperate for content, a lot of the game’s issues are overlooked, and they shouldn’t be. While it’s beautiful, even by next gen standards, I can’t help but wonder, if some of the small annoyances like grass popping in mid cut scene and the insanely long loading screens would still be there if this was on more powerful hardware. It’s not an argument against the Wii U, or the world created for this experience, but these small annoyances really make it difficult to fully immerse myself in the world.  Speaking of immersion, it was difficult to fully commit to the story because the music often overpowered the voice work during cinematic moments. Thank goodness for subtitles, because I would have missed huge chunks of plot because of this issue.  Mix that with a lack of actual guidance regarding the games many options, and there is a bit of frustration. It felt like a lot of the great parts of the game came with small issues that aren’t completely detrimental to the experience, but present themselves as minor, reoccurring annoyances.

With that being said, this is easily the best game on the Wii U. Monolith Software is probably the best developer Nintendo has under their umbrella at the moment, and Xenoblade Chronicles X is without a doubt their crowning achievement. This game doesn’t revolutionize the genre like the previous instalment did; rather, it improves on the formula they set out with four years ago.  Everything is bigger, and better, and I doubt we’ll see another game of this magnitude on the Wii U.  Unfortunately, I can’t rate the game as high as I’d like to. While I enjoyed it, there were multiple technical issues and I was forced to figure out how to use many of the game’s mechanics before I was told how to use them. For a gamer new to the series, I can’t see this going over well. But for fans of Xenoblade, this is what we’ve waited for. If you own a Wii U, you’re doing yourself a disservice if you don’t own this title.

Monolith Software is probably the best developer Nintendo has under their umbrella at the moment, and Xenoblade Chronicles X is without a doubt their crowning achievement.
REVIEW SCORE
9
File Under: Nintendo