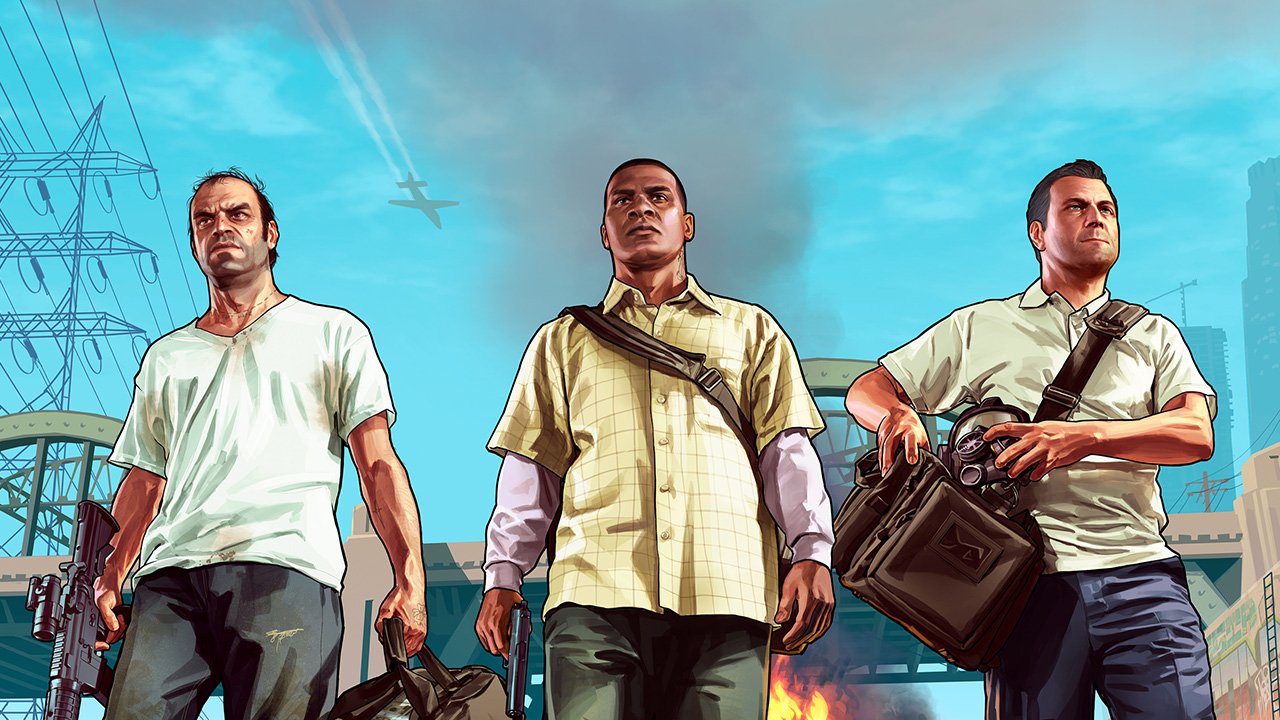 With the fifth instalment in the Grand Theft Auto franchise, we return to the beautiful San Andreas. Or rather, the Los Santos part of it. The city and its surrounding countryside have a lot to offer players. I wish to emphasize that. There is a lot, and none of it is bad. Even the useless stuff is fun, and it’s how all those elements comes together as a whole that makes this one of the best games of the year.

The game revolves around three different career criminals and their personal struggles and ambitions. There is the retired thief and sad sack Michael De Santo, saddled with a creepily meta video-gaming loser son, and an unsatisfying suburban life that’s driven him to therapy. Franklin Clinton, on the other hand, is an ambitious gang-banger, and token (not in that way) newbie looking to break out of the dead-end gangsta life and into something with a future. Finally, there is Trevor Phillip, a psychotic, cannibalistic meth-dealer and redneck who manages to out-crazy everyone else in the game (despite Michael being the one going in for therapy). The characters are the caricatures you’d expect from GTA, blatantly self-aware and disturbing; Michael might be Goodfellas; Henry Hill after years out of the game. Trevor, meanwhile, is so vile and loathsome that I found myself avoiding playing as him for part of the game (Do not ask about Mr. Raspberry Jam, this is not a road you should travel). It threw me off for a second, but he levels out as the game goes along. The three, through various series of events, go on a rampage of meticulously planned heists and not-so-carefully-planned gang warfare across the entire state of San Andreas.

Rockstar has clearly been taking lessons from… itself. The evolutionary tweaks to gameplay systems, combat and movement in varied titles like Red Dead Redemption and Max Payne have all trickled down into GTA V to amazing effect. Movement, for example, is now smooth, and leaping and climbing over things is painless. Gunplay and driving have been tweaked with some “Dead Eye”/Max Payne flourishes, some of which have even been worked into driving, which is a real godsend. Franklin Clinton—the specialist at driving—takes a page from James Marston slowing down time for pinpoint driving maneuvers. But even without Franklin’s special skills, driving is more of a pleasure here than in past games. The car physics of GTA IV were a bit squirrely, most vehicles tended to steer and handle unpredictably, particularly when cornering. GTA V enjoys more extensive physics that assign the squirrely handling to high-speed vehicles where it belongs, and makes pedestrian rides more reliable and easier to handle. Michael meanwhile is the Max Payne of the group, slowing down time in shootouts. Trevor, being psychotic, can fly into rages the decrease his own damage while increasing the amount he dishes out. He’s also the pilot of the trio, but not in that likable “Mad Murdoch” of the A-Team sense since Murdoch never ate anyone. This all translates into the nitty gritty of getting things done in the game being easier than it ever has been in the series. Many of the little speed bumps and hitches in fighting and driving in the world of GTA have been streamlined out in GTA V.

This is important because all these skills are central to the big draw of the game. The heists.

Outside of the heists that comprise the 30-hour main story, is the big reason people play GTA; to explore a vast open world and cause random chaos. Once again, Rockstar has done far more than they actually needed to, and the result is a city and countryside packed with activities and collectables (including parts for a space ship. Don’t ask.) Side jobs are scattered everywhere to make a little money or just cause more mayhem. Mini-games abound like tennis, golf and… yoga, which follows the Kama sutra, rather than the Sutras of Patanjali. Real estate investment also returns to the game, as well as the far more contemporary concern of playing the stock market, and these investment options can even be influenced the trio’s criminal exploits. It is astounding how many things players can get up to with exploration, mini-games and side-quests without ever having to touch the main game. It’s still possible to just go on simple murderous rampage in downtown Los Angeles Santos, or the now “time honored” tradition of murdering hookers to get the money back, but the scope of activities is so much broader than that that it’s doing a disservice to ignore all that extra content. And yes, dating of the girl or bro-mance variety has been removed, so players no longer have to dread the cellphone going off as another NPC whines about wanting to spend more time together.

The city and outlying areas of Los Santos have a feeling of real “place” about them. That’s not a huge surprise considering the inspiration of the city is Los Angeles, a place already visited by Rockstar in San Andreas and L.A. Noire, but, like GTA IV, what really sells Los Santos is the wealth of detail visited on the world. The trio’s exploits are covered on the news, animated cartoons and scathing “mockumentaries” are broadcast on the virtual TV, the virtual “virtual” world of GTA’s internet is just as horrifying as ever, and just walking down the street shows people having conversations with each other—or more commonly on phones—with graffiti, grime, advertising and all the other touches that make a city feel like a city.

I fully admit I didn’t explore every bit of the game’s content (it would have multiplied my game time considerably), and online play is disabled until October, so no one knows what that’s like yet. I also found a few minor typos in subtitles and in the phone, which hopefully can be fixed. But this is a game where you definitely Don’t Sweat The Small Stuff, and concentrate on the most important thing; GTA V is one of the funniest, most violent, socially incisive games to come out this year. It doesn’t go for the heart the way The Last of Us did, but provides an exhilarating, chaotic, hilarious entertainment experience that finally gives Saints Row IV some competition in the violence and humor department. Come for the bank robberies; stay for the satire and a world so familiar and at the same time so morally repugnant that you won’t feel bad about your random murder sprees.

GTA V is one of the funniest, most violent, socially incisive games to come out this year. It doesn’t go for the heart the way The Last of Us did, but provides an exhilarating, chaotic, hilarious entertainment experience that finally gives Saints Row IV some competition in the violence and humor department. 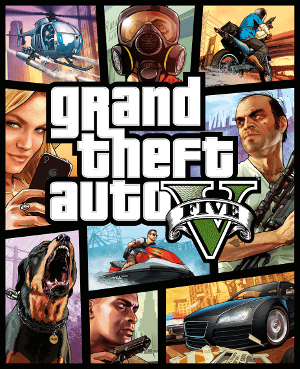