The Bullsh*t Is Definitely Blazing
SCORE: 8.5/10 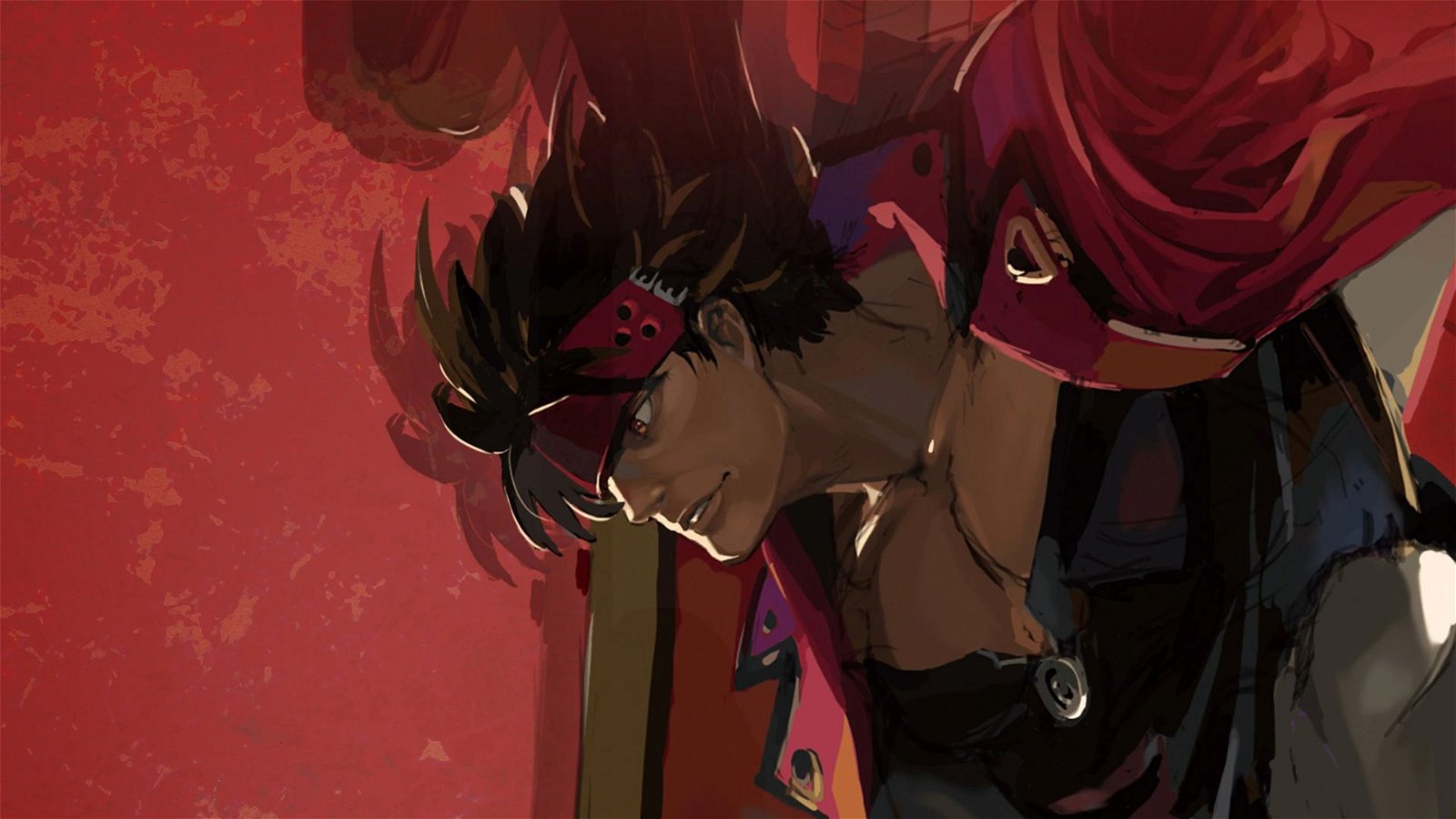 Arc System Works is arguably the greatest fighting game developer on the planet, and with Guilty Gear Strive, we get their most welcoming fighting game to date.

For a series that is as known for complexity as Guilty Gear is, seeing it made approachable for newcomers means that many will get to see the brilliance of the series for the first time. It does have its issues, but Guilty Gear Strive is a fighting game that is simply fantastic to play.

Arc System Works has gone to great lengths to simplify Guilty Gear Strive for newcomers. What that means for veterans is that there is less air mobility, smaller combos, reduced setplay, and increased damage. Despite that increased damage, it is much harder to land combos because it is difficult to convert damage off of light attacks. The gatling system, wherein a punch cancels into a kick, which cancels into a slash, and so on, won’t be found here. There is a much greater emphasis on footsies and the neutral game, where you have to make careful decisions in order to land your heavy-hitting attacks. There’s a deliberate pace to the game, putting it in stark contrast to past Guilty Gear titles.

In practice, Guilty Gear Strive is a blast to play regardless of the changes. It still feels like Guilty Gear, with mechanics such as the Roman Cancel — a move where you press three attack buttons to cancel the animation on an attack at the cost of meter — returning to remind you that there’s no other fighting game in the world quite like this one. The slower pace also means that each character has a weight to them that makes nearly every attack feel like they have an impact.

There are 15 characters in Guilty Gear Strive’s initial roster, which would feel small for any other fighting game were it not for the sheer depth and variety between each and every one. Most of the cast is returning, running the gamut from series mainstays Ky Kiske and Faust, to relative newcomers like Ramlethal Valentine, to the long awaited return of Anji Mito.

The two newcomers to the roster also fit in nicely with the rest of the cast. The first, Nagoriyuki, is a hulking vampire samurai who moves slow but hits hard. But both his command dash and special moves are fast, and it’s difficult to tell when it’s safe to stop blocking against his onslaught. And as he uses special moves, he fills up a blood gauge that makes him extremely powerful when it fills up at the cost of a rapidly draining health bar.

In contrast to Nagoriyuki, the second newcomer is the rushdown focused Giovanna. She excels at pressuring opponents and never leaving thanks to her quick attacks that allow her to mix things up without any trouble. And her kicks are particularly deadly; there have been more than a few occasions where I’ve been on the wrong end of a wall break thanks to them.

The diversity of each character’s playstyle is a testament to how well designed each character is. No one feels out of place, and character specific matchups require different approaches for how your character of choice plays. The exception, however, would be my character of choice — May. The amount of dolphin spam that is possible may well be changed in the coming months. Until then, I will ‘Totsugeki’ until I die.

While newcomers will appreciate the steps taken to make the gameplay approachable, that is not the case when it comes to tackling Guilty Gear’s lore and narrative. Strive comes complete with a glossary of series terms as well as a chronology to better parse the density of the events throughout the series. And since Strive is the climax of over two decades worth of games and spin-offs, both are sorely needed if you have any hope of understanding exactly why these characters are fighting.

This culminates in the story mode, which is literally a four hour long cutscene with no gameplay to speak of. This isn’t a bad thing in my book, as god knows how poor the vast majority of story modes in fighting games are. I also genuinely appreciate how insane the lore in Guilty Gear actually is; the fact that a character named Goldlewis Dickinson, who wields a chain wrapped coffin of an alien from Area 51 and is also the United States Secretary of Defense, is not currently playable is a tragedy.

“Fortunately, online multiplayer is where the real fun begins.”

What it does mean, however, is that the single player offerings are comparatively bare bones. There is an arcade mode, which lacks the custom intros and endings found in previous Guilty Gear games, as well as a survival mode. There is no combo challenge mode at launch. The training options in the dojo are lacklustre at best, as the tutorial is far too simple and the missions that actually teach mechanics that are vital to success are too repetitive and too bloated. There are tutorials for character specific matchups, which are greatly appreciated, but these are few in number.

Fortunately, online multiplayer is where the real fun begins. Thanks to Arc System Work’s implementation of rollback netcode, I have rarely seen even an ounce of lag or other disruptions in my online matches. It genuinely feels as if I’m playing against people in the same room as me at times. I can see myself spending a long time here.

If only the lobby system were better. Lobbies are 2D, pixelated rooms where you dress up an avatar and wander around challenging other players to matches. It’s charming, switching out your characters hats and clothes and performing emotes to people passing by. And I understand why Arc System Works implemented it this way — it has a greater chance of fostering a proper community as opposed to the coldness that is pressing a ranked match button and awaiting an opponent. But too often do matches fail to connect, or you’re left standing still waiting for something to happen before you are disconnected back to the main menu. It needs improvement, and in time I can see it turning into something wonderful.

Special mention must be made to Guilty Gear Strive’s presentation. As a series, Guilty Gear is known for its unique designs and colourful world. With Strive, Arc System Works has outdone themselves. It is easily the best looking 2D fighting game ever made, with an inordinate amount of details in everything from the characters to the animations to the stage backgrounds. Animations are stunning, with even simple idle motions conveying each character’s personality well. It is a beautiful, chaotic spectacle for the eyes.

Similarly, the soundtrack may well end up being the best collection of music for a video game released this year. Nearly every song is a banger, with heavy rock vocal themes proving to be irresistible to listen to. From May’s ‘The Disaster of Passion’, to Faust’s ‘Alone Infection’, to the cheesy yet catchy main theme ‘Smell of the Game’, there is going to be a song for everyone in this soundtrack. And if you like past Guilty Gear music, you can unlock tracks from past games for your listening pleasure.

The first version of most fighting games is usually the worst. As updates are introduced in the years following launch, the systems become fleshed out and the gameplay is honed, resulting in an improved game that is better to play. In a year’s time, Guilty Gear Strive will likely be in a much better state. The lobby system will be fixed, the gameplay better balanced, and the tutorials might actually prove useful in teaching you how to play the game.

If those changes are made, Guilty Gear Strive may well become a truly great fighting game. As it stands, it is merely very, very good. My criticisms of it are comparatively minor in the face of its stellar character design, well honed mechanics, beautiful presentation, and a truly excellent netcode. Play Guilty Gear Strive; there is nothing else like it in the genre.

Thanks to stellar mechanics, a great netcode, and beautiful visual and audio design, Guilty Gear Strive is a fighting game you don’t want to miss. 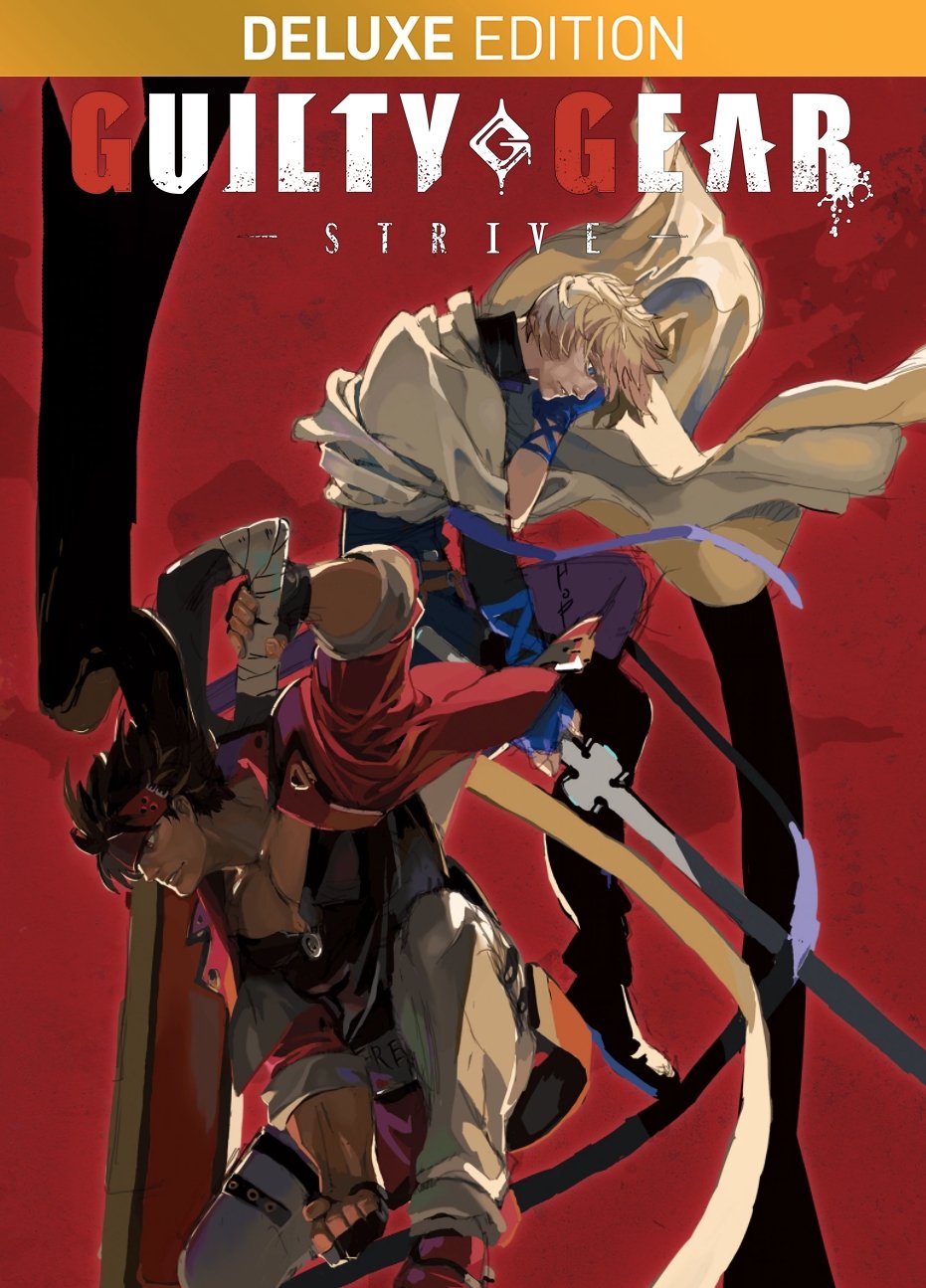