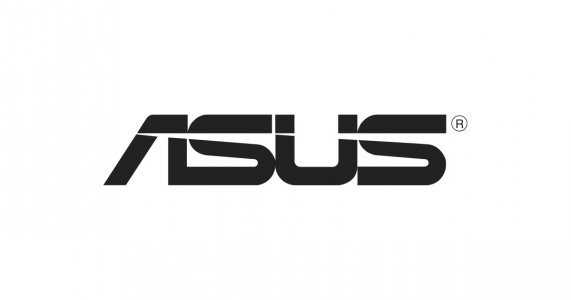 Asus is attempting to do a few things with the ZenBook Flip, as the device is both a laptop and a tablet all in one package. As a result, the ZenBook Flip has to go up against standard devices like the Microsoft Surface Laptop and tablets like the Ipad Air. While it fails to stand out as a laptop, the devices tablet mode manages to make it sore amongst the competition.

Straight out of the box, The Asus ZenBook Flip is a striking device, with its silver shine and sharp screen image. It boasts a vibrant 1080p IPS display that delivers rich colours and high-quality video. Throw in the fact that it can be turned into a tablet and it makes a great first impression. On the right side of the ZenBook Flip, there’s a 3.5 mm headphone jack, two USB Ports, a Micro HDMI and a DC Power input. On the left side of the laptop, there’s a power button, volume slider, USB 3.0 port and SD card slot.

The cross-device is also quite light, clocking in at 2.5 pounds and measuring 0.4 inches thick. As a result, it’s perfect for stashing in your backpack or briefcase and taking it on the go. The ZenBook Flip also has a fingerprint scanner for easier login and it’s a nice little feature, albeit one that normally takes two to three tries to work. Still, the Asus ZenBook Flip feels like a device that very much borders on the futuristic.

A large part of why it feels so futuristic is the ability to switch between laptop and tablet mode. As far as tablets go, it is immensely powerful and smart, mostly because it’s actually a PC that transitions to tablet mode. Even still, when in tablet mode there are really no significant hiccups or stutters compared to the PC experience and it feels like a far more refined mode. The Flip has a 13.3-inch touchscreen that is rather responsive and has a good weight to it. At $999 CAD it’s a pricey piece of tech and around $200 more expensive than the regular ZenBook, but the tablet mode is more than worth the price.

I did run into a few issues with the keyboard, as it is rather cramped and at times frustrating. The ‘@’ button is sandwiched behind a couple other command inputs and took me a while to figure out how to access it. As a result, it’s not especially comfortable in laptop mode and as much as you can easily take it with you, it’s not intuitive to use in laptop mode.

Also, if you’re looking at the Asus ZenBook Flip as a mobile gaming PC that you can play all your favourite games on, you will be disappointed. The ZenBook Flip doesn’t come with a video card installed, and as a result can only run games at their bare bone settings, if at all. Overwatch, for example, runs on the laptop but it does so at the lowest graphical setting and is grainy as a result. Trying to snipe small targets is next to impossible and as a result, I wouldn’t recommend the ZenBook Flip for online shooters. It does, however, manage to run less graphically reliant games like Hearthstone and Roller Coaster Tycoon without too much trouble. It’s also worth noting that the only time I heard the Flip’s fans running was when I attempted to play Overwatch on it.

The Flip has an advertised 10 hours of battery life and I was able to get six hours of gaming and around eight hours of web browsing on a charge, which is significantly more than most other tablets. While the sound is good, the display is where the ZenBook Flip really shines. The ultra-sharp touchscreen has up to a 1920 x 1080 resolution and 72 percent NTSC colour gamut, which means that the ZenBook Flip boasts a wide range of colours that are more vivid and accurate than any previous ZenBook model. On the media side, watching movies or tv shows is stunning and noticeably sharper than most HD screens. I found myself genuinely surprised at how well movies looked, as they even surpassed watching movies on my Panasonic HDTV.

Sound wise, the ZenBook Flip soars with its crisp audio but stutters while in tablet mode. The reason being that the speakers are situated on the backside of the screen and so when in tablet mode the sound gets muffled. Originally I thought it was an issue with the Scooby Doo movie I was watching on Netflix but it does seem like a rather significant oversite. When used in laptop mode, though, the sound is much better. The speakers provide a fairly big sound for such a slim device, and the audio is very clear with a respectable amount of detail.

Overall, The ZenBook Flip is a tale of two devices. As a laptop, it fails to impress with its lack of a video card and cramped keyboard, but as a tablet, it truly shines above the crowd. With its striking display and flexible interface, the ZenBook Flip is a wonderful cross-device that manages to earn its premium price tag. If you’re looking for a device that you can take on the go with you, or are a student who spends their days taking notes and watching Netflix, then the ZenBook Flip is the perfect device for you.

The Asus ZenBook Flip underwhelms as a laptop, but shines as a tablet.
REVIEW SCORE
8
Buy On Amazon
File Under: Asus, Laptop, Tablet