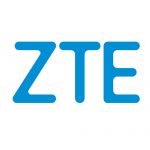 This last fall I had the pleasure of testing out one of the best mid-range Android phones currently available, the ZTE Axon. It may not have been the most powerful device or the most eye-catching, but it was solidly built with a set of features many entry-level buyers would love. Now a few months later, I got to try the Pro model of the Axon, and although it addresses many of the issues with the standard model, it may not be an upgrade everyone will want to pay the price for.

Visually the Axon and the Axon Pro are almost identical. It has the same sleek style seen in the previous model. It looks clean, sharp and professional. From the moment you pick it up, there is a quality feel to the overall device. It feels great it your hand and remains one of the most solidly built mobile phones I have ever tested. Beyond the top and bottom on the back, and the screen, the rest of the phone has an entirely metal construction. It is a touch that is deserving of a flagship-priced device, and it is a welcome touch from ZTE. It is on the heavier side, weighing in at 173 grams, so people who like light and tiny phones may be disappointed here.

The screen on the device is another area ZTE have improved for the Pro model. The 5.5-inch display is boasting a 2K IPS screen that looks positively stunning. Blacks look crisp and colours look very true to nature. It might not be the best screen on the market, but anyone interested in bright, high-resolution displays on a phone will not be disappointed. There was a bit of a light bleed on the top and bottom of the display, and although this will not pose a distraction in everyday use, it does make the screen seem a bit less bright than it could otherwise.

The overall experience of the phone feels close to stock Android with a few minor tweaks. The phone has just been updated to Android 6.0 Marshmallow. It has relativity little bloat, although it should be noted that ZTE has loaded a selection of apps that could get in the way. These include TouchPal, ZTE Perks and Yahoo Sports. They also managed to have their own “hub” known as Z-Space that can be accessed by swiping up from the bottom of the phone. In testing, this app held little value and although it did give quick information on music, favourite contacts, fitness and news. It seemed like an interesting idea, but it could have been better executed to take full advantage of all the possibilities the phone could offer. These are only minor annoyances, but for people that like a pure Android experience, it is worth mentioning.

The Axon Pro is a powerful little phone; ZTE has loaded it up with the Qualcomm Snapdragon 810 processor that right now is one of the most powerful chips on the mobile market. Few things will cause this chip to chug, and in testing everything ran smooth as butter. With this power, however, comes a knock to battery life, but we will get to that later. Loaded with 4GB of ram the Axon Pro has little problem opening apps quickly when needed. Most notably the camera opened almost instantly, and this feature paired with a dedicated camera button ensures you can take photos the moment the action is happening. No more missed photos due to a slow phone, and for the shutterbug out there, this is a must.

Sadly, the camera was not all we had hoped, considering the price. In overall testing, the 13MP shooter was serviceable for quick snapshots of the world around you, but lowlight left a lot to be desired. We noticed camera noise with indoor shots and some photos looked far more washed out then we would have liked. The F1.8 lens was not all bad, though, as outdoor shots looked sharp and clear, but with many smartphones now delivering stunning results, the Axon Pro feels lacking in comparison.

The additional of the 2MP second lens on the back allows you to alter the depth of field of a photo after the fact. This is a nice touch that was also seen in phones such as the original Axon and the HTC One M8, and in testing, it works well enough. It may not be something that people would use in every instance, but it is a nice added feature when needed.

The sound, on the other hand, was fantastic on the Axon Pro. The front facing speakers are loud and clear, with call quality sounding great all around. More phone companies should take note; the front facing speakers are hard to beat in quality and crispness. With more people using their phones for media consumption and gaming devices, the need for good audio is paramount. The fact the phone also includes a set of JBL earbuds is a nice touch also, and one that is a welcome surprise on a phone in this price range.

Battery life is the area that falls a bit short for our testing. Since the phone is much more powerful then the non-pro model, there is a noticeable hit to battery life. The 3,000mAh battery is enough to get most users though an “all day” experience. For anyone that wants to play some games or use the phone for social media, you will need to charge the phone before the end of the standard working day. Since it is still not running Android 6.0, the Axon Pro is currently missing many of the battery saving features seen in the most recent version of the OS. This could change if it gets moved over to Android 6.0, but at this current time, this is something to take note of.

Gaming on the device was fantastic overall, with all games looking crystal clear and buttery smooth. All major games currently on Android were tested, and even with many of them being graphic intensive, none showed any real slowdown and all played as you would hope from a flagship device. If it did not impact the battery so heavily, this would be the perfect phone to play all the latest mobile games. The bright, crisp screen ensured everything looked console quality, and with the Snapdragon 810 under the hood, there will be few games that will give any issues for at least a few years to come.

The Axon Pro is the ideal step up for anyone that wanted more from the Axon, but it does come at a price. Costing $650 unlocked and off contract makes the Axon Pro a pricy investment, and although you are getting flagship specs, it also comes in close to the cost of other flagship offerings such as the Nexus 6P. There is a lot to love about the Axon Pro, but it also has some issues that cannot be ignored. If you are in the market for a flagship, the Axon Pro may be for you, but if you are okay with a bit slower phone with a similar feel, you will not go wrong with the non-pro variant. Either way with the Axon line, ZTE are firmly planting themselves as a company that makes quality devices, and I for one am excited to see what they come out with next.

Visually the Axon and the Axon Pro are almost identical. It has the same sleek style seen in the previous model.
REVIEW SCORE
8
File Under: Phone