One of the best smartphones you can buy 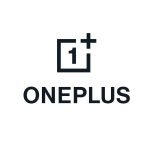 OnePlus has been steadily building a name for themselves. From the relative obscurity of the invite-based OnePlus One, to the most recent OnePlus 8—they have steadily building their reputation and fan base; offering solid Android smartphones that deliver more than the competition, while maintaining a slightly lower price point. With the OnePlus 8T, they manage to improve on almost everything holding the smartphone back, and despite some slight nit-picks, deliver one of their best phones to date.

The OnePlus 8T is a brilliant entry in the OnePlus portfolio—with a premium feel, great features and enough improvements to make the investment worthwhile. While I would not recommend anyone who just purchased the OnePlus 8 or 8 Pro give this one a go, it is a great reason to invest should you not have upgraded when the 8 range first hit the scene.

Looks wise, the OnePlus 8T feels very similar to the non “T” iterations of the 8 range. OnePlus has stepped up their game—delivering a stunning smartphone with clean lines, and enough character to make it unmistakable from the other players in the market. The solid feel it delivers in the hand, coupled the frosted glass look of the back panel, and the way the screen blends into the frame; makes the OnePlus8T a fantastic looking device, and one that will turn heads when you pull it out in public.

Speaking of display, this is one area OnePlus have greatly improved from the non “T” variant. The 120Hz FHD+ AMOLED screen is one of the best screens I have seen on a smartphone this year. It is vibrant, clear and snappy. Viewing angles are topnotch, making the screen on this phone great for anything from web browsing, productivity, and especially gaming. The 120Hz screen makes everything feel more fluid, especially in games that can utilize the refresh rate to its fullest. Blacks are deep and clear, with colours that feel vibrant, and pop even when viewed in sunlight. Even the auto brightness seems to work as expected, delivering an all-around fantastic screen-viewing experience.

Coming preinstalled with OxygenOS 11.0, OnePlus is giving users a  good sense of how they are iterating on their skinned version of Android. While I am normally not a fan of android skins, normally opting for as pure an experience as possible; I have to say what they are doing with OxygenOS is fantastic. It improves on an already great Android release, giving enough to make the “skin” worthy of existing. The design aesthetic at play with OxygenOS 11 is clean, minimal and stark, and I love it.

Overall there is no major bloat at play here, providing a streamlined, unique android experience. It feels snappy, and the simple black, white and red interface throughout the UI make it feel fresh in a way I did not expect. I never felt wanting while exporting the interface of the OnePlus 8T. and while it did take me a bit to get used to the all gesture based interface options, I love what the company has developed here, and I am excited to see how they improve OxygenOS moving forward.

The speakers on the OnePlus 8T are as one would expect from stereo downward facing speakers. While it is always clear—delivering clear sound even at higher volumes—the sound profile did feel a bit flat at times, never achieving the level of depth or fidelity seen on phones such as the S20 range from Samsung, or even the iPhone 12 range; making it a good, but not great audio offering.

The OnePlus 8T’s camera array utilizes a 48-megapixel sensor, 16-megapixel ultra-wide, 5-megapixel macro, and 2-megapixel monochrome sensor. I wholeheartedly love the selection of sensors on offer with the 8T, and while many would demand a telephoto camera on the device, even when I have the option, I will avoid using it, opting to move closer to the target when possible. While in theory a telephoto lens sounds like a great addition, the results from any of the offerings I have seen on competing smartphones make it more of a gimmick that goes unused past the first week with the device.

The app and overall picture experience of the OnePlus 8T feels improved, but not enough to justify moving from an 8 to an 8T, should that be on the table. While the phone manages its array in a way that will deliver good photos in most cases, I did find myself annoyed by the level of processing along with delays in the software. Granted, these are software issues, and can, hopefully, be addressed in future patches; but at the time of writing they were still noticeable, especially in lowlight situations.

Camera Quality We Can Love

When switching between sensors, I noticed major differences between white balance and overall colour profiles for shots, even in the same settings and lighting conditions—so much so that I would avoid swapping cameras if I could to not result in dramatically different photos. But realistically, these issues were only really seen in low-light, with well-lit shots looking good in most situations, and delivering acceptable to good results in almost all cases. As with past phones, OnePlus has a Pro mode on offer should you want to push the camera to its limits, although we stuck with the stock settings while testing for this review.

With all that said, should OnePlus improve the post-processing in a future update, the OnePlus 8T could be one of the best cameras you can find on a smartphone. It has enough features to make it useful in most cases, and with improved processing, the potential for the device is hard to ignore.

One feature I was impressed with was the longevity of the device when it comes to the battery. While I found the OnePlus 8 a good offering in this regard, I am amazed at how OnePlus has improved things for this phone. The OnePlus 8T, utilizes 65W charging that will see your smartphone fully changed in well under an hour. It was amazing to see how quickly this phone charges, even when on the verge of death. OnePlus claims the phones’ battery will last for 800 charges even with this level of fast charging, and  if this is possible I will be impressed.

In testing, the OnePlus 8T managed around 6.5-7 hours of screen on time while in use, including YouTube, productivity, and some light gaming. While not amazing, the fact it can be charged so quickly made it more than usable—and if I opted to only use it intermittently throughout the day, the OnePlus 8T could to make it to my bed-side table with ease.

If I had any gripes about the battery and charging, it would be the lack of wireless charging on this model. With so many phones currently available at a similar or lower price range offering it, it feels like an obvious omission for this instalment. I can’t fathom why it was left out, especially considering the now six-month old Pro brings it in tow. It can’t help but feel like an intentional choice to differentiate the devices.

Gaming on the device was what one would expect, and I noticed no real performance improvement over the OnePlus 8. With it still offering 12 GB RAM, and the same Qualcomm Snapdragon 865 seen in the 8 range; beyond a smoother refresh rate, games looked as one would expect. While testing, I threw on Fortnite, Call of Duty Mobile, and PUBG to put the phone through its paces, and it delivered without issue. It is to be expected with a flagship-level chip in this device, but it is good to see it did not falter in this department, especially with a screen that is tailor made for fast-paced gaming.

When it comes down to it, the OnePlus 8T is a fantastic smartphone, and had the OnePlus 8 and OnePlus 8 Pro not launched a mere six months ago, would be an easy recommendation to anyone wanting for the latest and greatest from OnePlus. As it stands, it is a stunning iteration, and a great step forward.

While lacking some features we like to see in modern flagship smartphones, the OnePlus 8T is a feature rich offering that improves on the promise of the OnePlus 8 in almost every way.
REVIEW SCORE
9
File Under: Hardware, OnePlus