Why Spend More When You Have This? 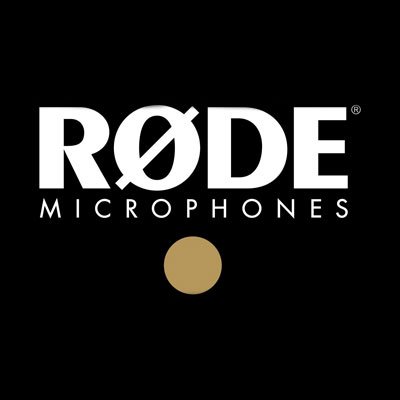 The people at Rode have a long, storied history of high-quality audio, and when podcasting became more en vogue a few years back, they released the Rode PodMic, an affordable microphone with a unique look and a solid build that would help make content creation more attainable for the entry level creator. We wanted to take a look at it now to see where it stands in today’s realm of gear.

The first thing you will notice is that this is a heavy microphone. The Rode PodMic’s all-metal build is incredibly high quality and feels so much more expensive than its price tag. The look is a really unique design with black metal wrapping around the capsule, and it looks fantastic on screen.

The dynamic microphone has a standard cardioid polar pattern with a frequency response of 20Hz-20kHz (fairly standard) and -57dB sensitivity. It doesn’t require any sort of additional preamp before being fed into a mixer and, for the uninitiated, requires no phantom power to power the microphone. The microphone does not come with an XLR cable, so be sure to grab one if you don’t already own one.

“The Rode PodMic’s all-metal build is incredibly high quality and feels so much more expensive than its price tag.”

Another thing that the microphone does not come with is any kind of mount. It’s threading supports multiple sizes, which should cover any of the standard mounting threads for a mic arm, desk stand, or regular microphone stand. As always, I highly recommend that you get a mic arm, so you can bring the microphone as close to you as possible (a huge asset for any microphone, but especially a dynamic one), but if you refuse to arm yourself (are we OK with that phraseology?), then an adjustable desk stand like Rode’s DS1 would be an acceptable alternative.

But the bottom line with this microphone is its sound. For its price point of $99 USD, you will not find a better sounding microphone, be it USB or XLR. In my humble opinion, there is simply no better value microphone on the market today, even after all the years that it has been out.

As a podcast microphone, it beautifully captures your voice without picking up too much sound from a nearby speaker. Some eagle-eyed viewers of CGM’s Pixels & Ink Podcast will see that the only two cast members who share a room each have a PodMic at their desk. Its price is also a huge advantage for a podcast, because podcasts with multiple hosts mean multiple mics, and you can buy four PodMics for the price of a single Shure SM7B.

As a streaming microphone (assuming you are connected to an XLR interface that connects to your computer), it checks every box. Its on-screen aesthetic is beautiful without being flashy, its ability to capture the richness of your voice while cutting out the noises of your computer, keyboard and whatever else you may have lying around and the versatility of being able to connect to any XLR interface and use any of their software (where applicable)

There are very few faults with the Rode PodMic. One is the lack of any kind of included mount, which is a small fault because I rarely recommend that you use the included mount with a mic, but Rode’s mount designs may be the exception. Another is its weight, but only in some scenarios. If you have a cheaper mic arm, its joints are less supportive for heavier weights. If you don’t have one of the more robust mic arms like the Rode PSA1 for example, then you want to make sure that the arm has good screw in locking mechanisms at all pivot points to ensure that the microphone doesn’t sag during production.

The Rode PodMic was my microphone of choice for years as a podcaster and streamer and, truthfully, the only reason that I don’t still use it is that I moved to a multi-microphone USB solution for simplicity (and symmetry as I wanted two matching microphones). Multiple XLR microphones require either a mixer or a pair of USB XLR interfaces that cluttered up an already crowded desk. The first company that releases a small XLR interface that accepts 2 XLR inputs will likely convince me to bring them back out of retirement.

The Rode PodMic is unmatched in its value, providing an incredible sound quality for a fraction of the cost of other dynamic studio microphones. It remains to this day my top XLR Microphone recommendation for content creators of any size, but particularly those who aren’t raking in the cash from their content yet.
REVIEW SCORE
9
Buy On Amazon
File Under: Podmic, Rode Podmic, XLR Microphone