The Mic That Would Be King 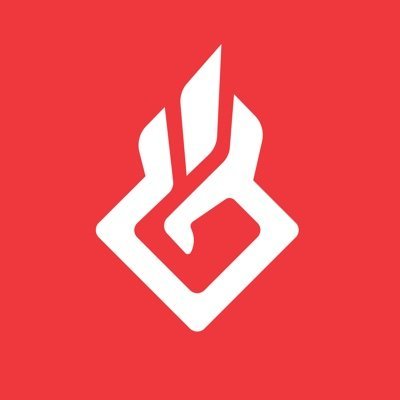 Just over a year ago, a new company introduced their brand to social media with a single tweet. That tweet was a GIF of Goofy looking out of a window with a pair of binoculars. In the next five months, there was only one more tweet sent, providing no information about who they were or what they were making. It was just acknowledging one year as a company. Whatever they were planning was kept close to the Vest.

It wasn’t until July that the company, BEACN, showed us who they were and what they were planning. Over the next seven months, the company created a social media frenzy among the content creator community with the announcement of BEACN Mix, BEACN Mix Create and BEACN Mic. The excitement came, not only because the products looked promising, but that they were designed by some of the minds behind the GoXLR, one of the dominant audio interfaces for streamers.

The microphone in question got a lot of attention because it bared a striking resemblance to one of the industry’s leading microphones, the Shure SM7B, with an added RGB element. The big difference between the two? The BEACN Mic is a USB microphone. Now it’s true that the debate between XLR and USB mics had been pretty one-sided up to this point. No matter how good a USB mic was, there was always a better XLR mic out there. But knowing that these guys knew their audio, would they crack the code?

Opening the box, you get a quick tease, because you don’t see the microphone right away. The top layer contains all the microphone’s accessories, including a 2 metre 3.5 mm audio extension cable, a 3.5 m USB-C to USB-C cable, and a USB-C to USB-A adapter, which was such a pleasure to see, because USB-C ports are in short supply on many PCs and so few companies offer an adapter. I had to borrow one to review a webcam, once.

Removing the top layer, you finally get to see the BEACN Mic. It was a sight to behold, every bit as beautiful as its photos (I’ve been catfished by gear before). The only snag with the experience was the paper sleeve that they put over the mic to protect it from getting scratched in shipping, so at least it was a good reason.

“The microphone in question got a lot of attention because it bared a striking resemblance to one of the industry’s leading microphones, the Shure SM7B, with an added RGB element.”

The last stage of the unboxing was to pick up the mic and get a good feel for it. It was heavy and clearly well-built. Just at the base of the windscreen was a nice, frosted ring under which your LEDs are housed. You’ll find a subtle etching of the BEACN logo on the body of the mic (and two more on the screws attaching the mic to the mount. On the base of the mic, you have your USB-C port and a 3.5 mm jack to plug in your headphones for zero-latency monitoring.

The mount itself also had some interesting features. First, I noticed that it has two different thread widths for a mic arm or stand built into the mount, meaning no adapters required for most setups. I also noticed that where the mount connects to a mic arm, there is a two-tiered piece allowing you to adjust the direction of the microphone after it has been tightened in place. This may seem like a small detail to some, but it is indicative of a company that has listened to the gripes of creators, no matter how big or small the gripe.

The setup of the BEACN Mic was simple enough. With the BEACN App downloaded, all you need to do is connect the mic to the PC (either through a USB-C port or a USB-A port using the provided adapter) and the app instantly recognizes the mic.

The software provides the user with an amazing amount of control. Getting the non-sound properties out of the way first, there is a full menu of RGB options for the ring on your microphone. You can select any solid colour or combination of colours to display in a number of display patterns, including gradient and adaptive, which will change the colour based on the audio going into the mic or coming out of the headphones.

“The setup of the BEACN Mic was simple enough.”

Controlling the sound via this software is the most robust, yet demystified experience I have ever had. They have provided tools to make any customization as simple or complex as you would like, depending on your experience. You can use a three-band EQ to raise and lower your low, mid, and high tones or you can turn on advanced EQ and make as many adjustments as possible.

They even made a visual aid available on the EQ to explain to people what is happening at each frequency, including where your voice is most nasal and where those aggressive “S” sounds are coming from. They’ve also added a base enhancer and exciter, which will boost the low and high-end frequencies respectively.

The App also gives you control of a number of other important tools, none more important to this creator than its noise suppression. BEACN offers a real-time noise suppression that outdoes any tool I have ever heard. Their adaptive suppression will listen to the background at a high sample rate and cut down the sound as you hear it. For someone like me, with a few consistent noises in the background, the Snapshot is the way to go. It measures the sound of the room in silence and effectively removes all ambient noise.

Their expander also allows you to reduce all sound below a certain decibel level. When paired with noise suppression, it offers an amazing signal-to-noise ratio. The compressor, designed to bring down audio that exceeds a certain decibel level, will keep you from being excessively loud on stream and provide the listener with an even, consistent tone.

“BEACN offers a real-time noise suppression that outdoes any tool I have ever heard.”

Now the software seems like it is doing a lot, right? Well, the amazing thing is that out of all the functions that you just read about, none of them were actually performed by the software. All processing is done in the microphone, which is a huge feat for a USB microphone. Not only is the processing done on the microphone, but it is also done in real time, so you can maintain the zero-latency monitoring and hear the changes that you make to your own voice as you talk.

The final thing that the software offers is its own mixer. The software version of the mixer has exactly the same user interface as the software for the BEACN Mix Create. The only difference is that you have no physical knobs to turn to make adjustments to your audio. It is all controlled on the PC, just like Elgato’s Wave Link software. No functionality is lost, though. You can add a large number of sources and send out the mix as a single source to your stream. It isn’t necessary to integrate the mic with the BEACN Mix or Mix Create if you choose not to get them.

“Not only is the processing done on the microphone, but it is also done in real time…”

I need to point out that during the testing process, I was using a beta version of BEACN’s software, so things were not going perfectly. Everything I have listed above worked great. There were just some glitches and functional issues that were more of an inconvenience than showstoppers. I spoke directly with members of the BEACN team, and they are aware of the issues that were brought up by testers and reviewers and were actively getting them fixed up for the official software launch.

OK, we’ve talked for a long time about this microphone and haven’t even gotten to how it sounds yet. Well, I am happy to report that the BEACN Mic sounds every bit as good as it looks. I can only judge it based on my own voice, but I am in love with how this mic made me sound. It brought out a beautiful bass and presence in my voice.

Making my usual adjustments to the EQ was actually too much adjusting for this mic. Having boosted the low frequencies by 5dB as I did with my other microphones, the deep sounds were almost overwhelming. I adjusted it to +2dB and found a sweet spot. Mid-tone adjustments were also minimal. This microphone, which is its own capsule, processor and mixer combined, can easily compete against any content creator’s XLR setup, and they can do it for a fraction of the price.

Speaking of price, the BEACN Mic comes in at $279 USD. This is not an inexpensive microphone by any stretch of the imagination. But when comparing the BEACN Mic with some of those aforementioned XLR setups, using expensive microphones, expensive mixers, high end XLR cables and more, you no longer see $279 as a huge expense. I wouldn’t recommend this as a microphone for beginner creators. Buy a lesser microphone. Learn about VSTs and how to control your voice, fall in love with content creation and, when the time and budget is right, make a beeline for the BEACN Mic.

I have used a lot of microphones in my life, but the BEACN Mic is the best overall mic I have ever laid my hands on. It wears so many hats, being a mixer and being its own processor without sacrificing a bit of sound quality. BEACN has built up a lot of hype with its online campaign, but I can safely say that they’ve lived up to the hype.
REVIEW SCORE
10
File Under: Audio, BEACN, BEACN Mic, USB Microphone