If you’re a regular visitor to CGMagazine, you’ve probably noticed that we review a LOT of wireless earbuds throughout the year. While that might seem unusual at first glance, the steady, near-endless drip feed of buds into the general consumer electronics market as well as the mobile and personal fitness sectors speaks strongly to the ubiquity of such devices today.

As The Big Bang’s Sheldon Cooper aptly put it, “everything is better with Bluetooth”. With the constant, heated competition in the wireless space these days, consumers have more options in terms of quality, features and cost than ever before. This ranges from the premium, high-end earbuds manufactured by Apple, Sony, Samsung, Bose and more, to inexpensive, simplified, lesser-known brands that can be purchased for under five bucks at your local dollar store.

It goes without saying, of course, that your mileage may vary with most offerings on the lower end. Thankfully, the SOUNDPEATS H1 Wireless Waterproof Earbuds for Sports Gym is a product that aims for the upper audio echelon of the former while incorporating the uncomplicated interface of the latter, making it an up-front proposition that’s easy on the ears as well as the pocketbook.

SOUNDPEATS may not yet be a household name to wearable audio aficionados, but they’ve been in the urban sports audio game since 2010, and in 2018 they were the world’s first earbud manufacturer to develop a dual driver+crossover TWS (True Wireless Stereo) HiFi technology called TrueEngine, which is featured in the SOUNDPEATS H1 in addition to TrueWireless Mirroring technology.

The long and short of the tech here is that the H1’s dual driver system (a Knowles balanced Armature driver coupled with an 8.6 mm Dynamic Driver) is meant to allow the H1 earbuds to deliver a full and detailed range of sound, from clear, precise treble to rich, deep bass, as well as all the mids in-between. Meanwhile, TrueWireless technology refers to the H1’s ability to pair just one bud at a time with your mobile device, while the other earbud mirrors the connection, ensuring a seamless connection free of audio dropouts as the device will switch to the earbud with the more favourable connection automatically.

The appearance of the H1’s doesn’t exactly stand out compared to the sleeker offerings from the top competing earbud brands, but the form factor is small enough that they won’t draw unwanted attention from onlookers to your ears either. The only real flourish to be found on these understated, slate grey earbuds is the shield-like SOUNDPEATS “S” logo that accents each earbud.

“I personally found the SOUNDPEATS H1’s to be aesthetically pleasing.”

Taken in as a whole, with the device’s smoothly sculpted curves and matte black detailing, I personally found the SOUNDPEATS H1’s to be aesthetically pleasing. The USB-C charging case, by comparison, is a bit dull and feels a bit bigger than it should be. Though, I am a huge fan of its powerful magnet that literally sucks the earbuds back into their charging slots with a satisfying click when putting them away.

A nice, unexpected freebie in addition to the standard 3-sizes of eartips included in the box with my review unit was a pair of one-size-fits-all memory foam eartips from Comply, which I can only guess is either a SOUNDPEATS sub-brand or supplier-partner. These “TrueGrip Pro” eartips are designed to expand to fit the shape of your ear canal for a custom, noise-isolating fit, and they generally seem to do a respectable job of preventing sound from escaping. That said, the constant need to “mould” or compress the earplugs with my fingers just so I could fit them into my ears got annoying rather quickly. After a day or so of using them, I decided to switch to the standard eartips just for the convenience alone.

Still, the TrueGrip Pro eartips are nice to have, and are probably best suited to more stationary activities such as a long commute on public transit or listening to music while reading in bed. Regardless of the eartip type used, the H1’s sat firm and comfortably in my ears, and while I’m certain a few vigorous head shakes could eventually dislodge them, they were easy to readjust, when necessary, without setting off unwanted commands.

The difficult part of evaluating the controls and/or functionality of most earbuds these days is that it’s all largely subjective; what feels snappy and intuitive for one person might feel slow, clunky, or unresponsive for the next. Also, leading brands such as Apple, Samsung and LG have already set the trends as to what to expect in terms of interactivity when using their earbuds. If you’ve come from using one of those, you should expect that transitioning to a lesser-known brand like SOUNDPEATS is likely to come with some compromises.

Those considerations notwithstanding, I found the SOUNDPEATS H1’s touch-activated controls to be a hot mess. To start, the multifunction buttons are completely flush with the device and are impossible to distinguish by finger if you are not looking at them. This makes it easy to mess up tap commands that you think you’ve entered correctly, but haven’t since your finger didn’t hit the “right spot.”

“…the multifunction buttons are completely flush with the device and are impossible to distinguish by finger if you are not looking at them.”

Making things worse, the folks at SOUNDPEATS chose to assign the H1’s most basic earbud functions to the most difficult tap commands. For example, a double-tap on either earbud is required to pause and play music, pick up an incoming call, or end a call in-progress. Meanwhile, a single tap on the right earbud increases volume by one step, while the same action on the left earbud decreases volume by the same measure. A triple-tap on the right earbud activates Google voice commands but doing the same on the left earbud enables or disables “Game Mode,” a function that purportedly reduces audio latency between the earbuds and your connected wireless device.

One only needs to briefly consider how a single unregistered tap (or too many taps) in this setup can create headaches for the user. Such instances were frequent during my time with the device. Countless times, I attempted to pause playback, so I could hear someone talking to me, only to crank up the volume higher. Conversely, I’ve often tried to activate voice commands only to pause the music instead, waiting several seconds in vain before realizing that Google wasn’t going to ask me what I wanted after all.

I barely used Game Mode, but the effort required to dependably turn it on or off without accidentally playing music or unpausing a video was such a pain that I eventually stopped trying. More often than not, many commands didn’t register at all, causing me to overcompensate and trigger unwanted actions as I tapped in frustration.

As I mentioned earlier, the concept of good earbud controls is subjective, but I strongly feel SOUNDPEATS could have made the user experience much better. Even just switching some commands around, like assigning pause/play to a single-tap on either earbud and skipping to the next or previous music track with double-taps could help.

Considering that these earbuds are designed for use “in the gym”, one would think that there would be an emphasis on simple controls that minimize the amount of tapping and fiddling the user would have to do with the device. These controls would be impossible while running on a treadmill or riding a bike. They also compromise the safety of one’s hearing, but clearly, whoever devised the ergonomics of the SOUNDPEATS H1’s didn’t see things that way.

“SOUNDPEATS could have made the user experience much better.”

What’s most shocking and sad about the SOUNDPEATS H1’s compared to most earbuds these days is that it doesn’t come with a mobile app. So, not only are the controls entirely non-customisable for the user, but there also isn’t anything else about the H1’s that can be adjusted and tweaked; the default factory setting is all you get, without any sort of equalizer or alternate sound modes.

It’s just strange to see such barebones earbud functionality in 2021, especially from a product that boasts a “Game Mode” on the box, placing a misguided emphasis (and customer expectation) on its tech features. And while we’re talking about said Game Mode, I wouldn’t get too excited about it; I played a couple of games installed on my phone as well as via Microsoft’s xCloud and didn’t find that it made any noticeable difference in terms of reducing audio lag.

SOUNDPEATS also claims that the H1’s have a hands free, voice-activated “Smart AI” assistant that one can initialize by simply saying “Hi SOUNDPEATS”. Apparently, you can instruct this AI to accept or reject incoming calls with simple voice commands. This feature did not work for me AT ALL in the two weeks that I used it as my primary headset.

The real shame here is that, despite all the above problems, the SOUNDPEATS H1’s are a great-sounding pair of wireless earbuds. During my time with the product, I used them for just about everything I use my default earbuds for. Listening to high quality music files on my phone, watching videos on YouTube, listening to podcasts, playing mobile games, and making phone calls were just some of the trials I put the H1’s through.

“…I was often impressed by the rich bass response, clear mids and sublime highs I could discern when enjoying my favourite songs…

Never did I experience any sound issues or dropouts, and I was often impressed by the rich bass response, clear mids and sublime highs I could discern when enjoying my favourite songs, even discovering the presence of instruments, background vocals and sound effects I hadn’t noticed before. When paired with its charging case, the SOUNDPEATS H1’s are also remarkably long-lasting, providing up to 40 hours of total battery life (10 hours per case charge, the case can provide four charges before requiring a full recharge itself). I charged the buds once before using them for the first time and I have yet to charge them a second time, two weeks later.

Unfortunately, even with a somewhat compelling price point of around $110 CAD, the SOUNDPEATS H1 earbuds sorely lack the reliable ergonomics and modern functionality that many of their competitors in the same price range offer. This makes it difficult to recommend them to anyone looking to buy a modern pair of wireless earbuds.

It just isn’t enough these days for a pair of wireless sport earbuds to sound good. They need to be dependable, easy to operate, and the advertised features promised in the marketing materials have to demonstrably work, otherwise what you are selling might as well be junk. 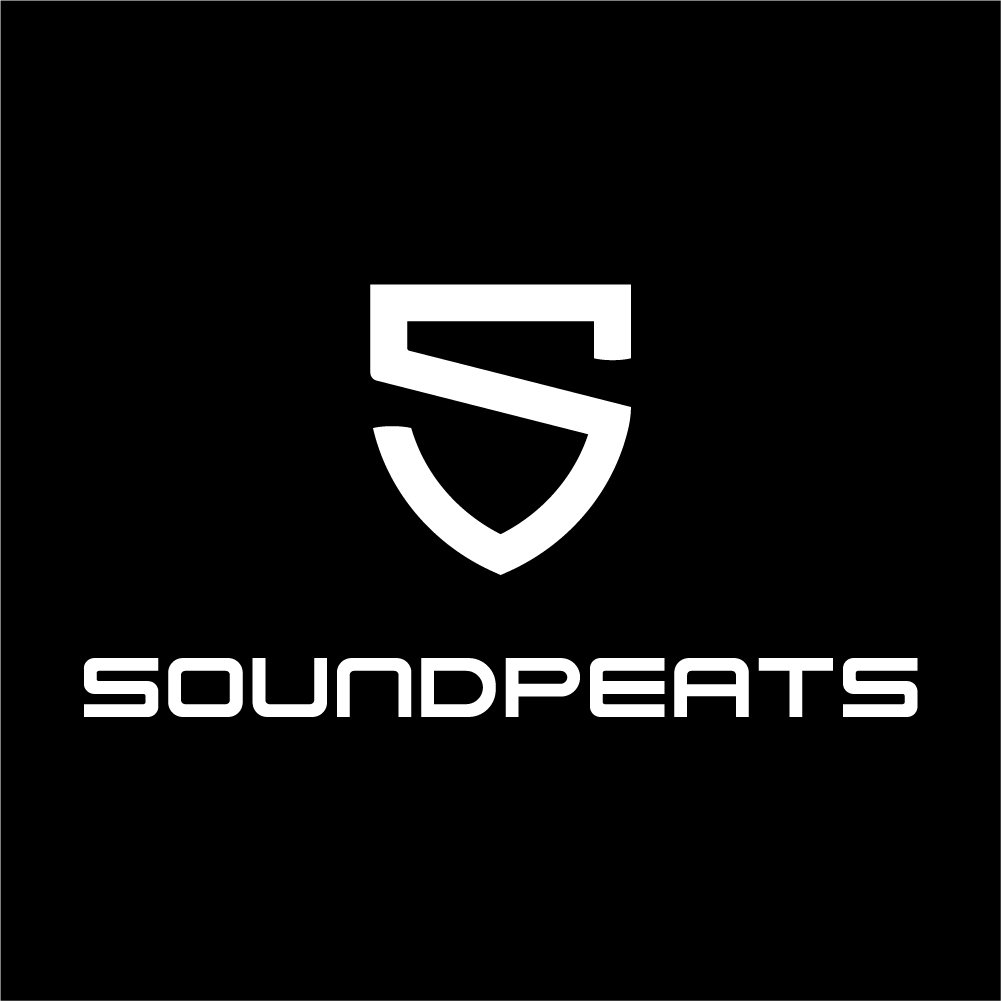 Final Thoughts
The SOUNDPEATS H1 Wireless Waterproof Earbuds for Sports Gym deliver great sounding audio, but lack the reliability, ease of operation and base functionality of its closest competitors in the same price range, preventing it from being taken seriously as a True Wireless Audio contender.
File Under: earbuds, wireless earbuds
×