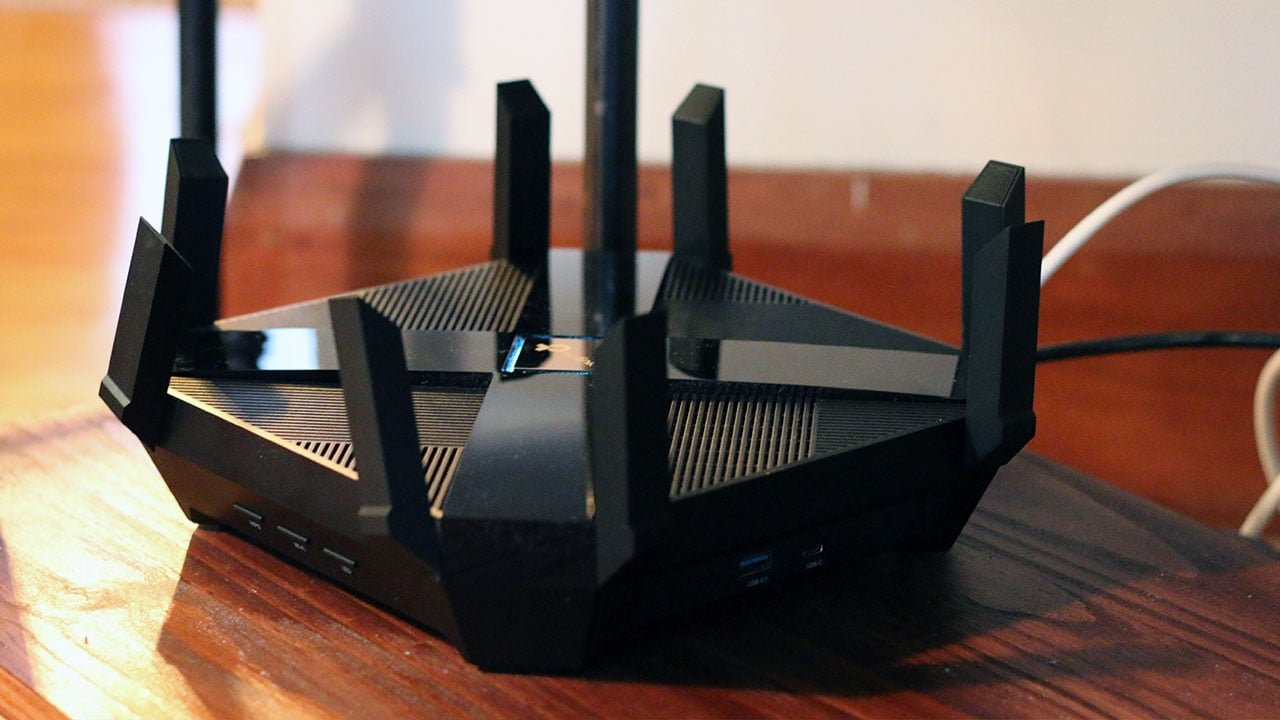 There once was a time where you could get away with only using your ISP’s router. While it was not ideal, and would often be a detriment to the speeds you would be paying for, it was possible.

But as we enter a world where streaming is everything and more and more devices rely on the Wi-Fi to function, this has quickly become impossible. A modern household needs a solid Wi-Fi backbone to function, and this is where TP comes in with its new Archer AX6000—a monster of a router that manages to tame even the most unwieldy network setups without breaking a sweat.

The TP-Link Archer AX6000 has all the features you would want from a modern router and then some. Featuring eight different antennas, and designed to maximize any network, the AX6000 boasts an increase in 2.4 GHz band by around 2X with the 5GHz band managing upwards of 3X speeds compared to other routers currently on the market. It does this by utilizing AX technology to deal with the often crowded AC and N bands most routers deal with.

As the name suggests, the 8-stream AX6000 has a staggering 6Gbps worth of bandwidth capacity, making it the ideal choice for a family that does everything online, or someone who wants to ensure they future proof their network setup and expand as more devices demand a portion of that Wi-Fi pie.

The TP-Link Archer AX6000 is a large router and is more akin to a cable box or small DVD player than what most people think of routers. With 8 antennas and a large square footprint, the TP-Link Archer AX6000 is a device you will need to make space for. With eight 1Gbps Ethernet ports on the back along with a 2.5Gbps WAN port and USB ports for home storage options should you go that route.

The AX6000 has a clean style for its size, and while it is not the most subtle router on the market, it feels respectively high-end in design. Clean lines and easy to move antennas give the device a look all its own. As with any router, this is a device that needs to be in the open. It is so easy to tuck a router behind something but to get the maximum performance, these suckers need to be free from obstruction, so it is nice to see TP-Link worked to build something stylish, even if it is larger than many routers currently on the market.

The 6Gbps bandwidth that AX allows might seem like overkill, especially considering most people don’t need that much for everyday tasks. Hell, even my house, where I have everything smart you can think of, does not take advantage of all the thruput the AX6000 has to offer—but that is a good thing. As more devices that utilize Wi-Fi enter the home, the need for the potential bandwidth is increasingly important. The eight streams allow the AX6000 to deal with a larger selection of devices than conventional routers, meaning as more devices look to snag some signal, you will be prepared—especially compared to the AC routers currently on the market.

Between eight different independent streams, the AX6000 can deliver 1,157 Mbps on the 2.4 GHz band and 4,800 Mbps on the 5 GHz band, making this the ideal choice for someone looking to expand the potential of an already existing network.

Under the hood, the AX6000 features a 1.8GHz 64-bit quad-core CPU with 1GB RAM. This is essential for the number of devices the AX is expected to handle. As more devices look to tap into the Wi-Fi, the more powerful the router the easier time it will have with an increased number of devices.

The AX6000 feels like a router built from the ground up to achieve the best signal possible, and in our testing, this is not far from the truth. In a house with more than 25 internet-connected devices all scrapping for their piece of the bandwidth pie, the AX6000 never suffered any slowdown or crashed under the weight. Now this is only over the course of 2 weeks’ worth of testing, and it could suffer more with increased time on, but from what we have seen so far I have to say I am impressed.

Gaming on the AX6000 also feels as solid as a router of this nature would suggest. As with any router of this level, there is MU-MIMO to ensure traffic is directed where it needs to go. While not directly a gaming feature, it does help the overall latency you could experience. There are also features in the software to best allocate resources to ensure when jumping into an online match, a stream at the other end of the house will not cost you that winning kill in the match.

Software-wise, TP-Link has built an interface and app that make setting up and maintaining the AX6000 easy. There are clearly defined menus that make most changes a breeze, and for those who like to tinker with settings, there are enough tweaks available for the end-user to make even the most demanding enthusiast happy. While not as robust as some of the open-source options out there, TP-Link has managed a balance that should make the majority of users content.

The AX6000 is a router built for the ever-changing smart home world. It offers enough raw power to give a boost to current networks while still having enough bandwidth to allow for the increased demands future devices could put on a network. TP-Link has built a robust Wi-Fi option and while not a cheap router, for anyone looking for an upgrade that should last a few years, the AX6000 is one to give your hard-earned time and money.

The TP-Link Archer AX6000 is a powerhouse, built to withstand the increased demands the smart home will put on a network and works well enough to future proof any would be smart home.