Three Conveniences For The Price Of Two 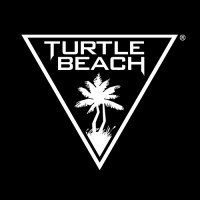 As a gamer who mains Xbox and owns three standard Xbox controllers in addition to an Xbox Wireless Elite 2, I can fully attest to the fact that charging, organizing, storing and properly displaying the above accessories in my collection are real, first-world problems that the Turtle Beach Fuel Dual Controller Charging Station & Headset Stand appears to be uniquely designed to solve. Ok, well perhaps it’s not that unique, as there are practically countless dual charging Xbox controller stations out there.

But as the satisfied owner of a Turtle Beach Stealth 700 Gen 2 Wireless headset in a matching colourway and having just recently added a much sought after “Green-Orange” Xbox Controller to my small but growing collection of Limited Edition gamepads, I daresay that the added storage space options that the Turtle Beach Fuel Dual offers for both of these accessories has come along at just the right time.

Like other charging stations, the Turtle Beach Fuel Dual is incredibly simple to operate. After installing one of the proprietary Fuel battery packs along with the appropriate battery cover into one’s chosen Xbox One or Xbox Series X|S controller, charging the gamepad is a simple as dropping it onto one of the two charging slots on the station so that the exposed contacts between the battery and the charging station firmly lock in.

“Like other charging stations, the Turtle Beach Fuel Dual is incredibly simple to operate.”

The charging station itself can use either the supplied USB-C cable or alternatively a longer one to run off various phantom power sources, including an Xbox console that’s asleep in “Instant On” mode, and a full, 2.5-hour charge will deliver 22+ hours of playtime. When charging, a pair of independent Xbox-controller-shaped LED indicators will light up on the front panel in either orange or white, with orange symbolizing a controller charge in progress, and white representing a fully charged controller.

While many product shots in both the packaging and on Turtle Beach’s own website would appear to suggest that the included headset stand and the charging station are somehow attached, this is not the case. The two units are completely independent of one another and can be placed wherever one might like. As for the headset stand, its quality of construction won’t exactly blow anyone away. It’s effectively a thin but sturdy aluminum pipe bent into the shape of an arch with a headphone hook, which then plugs into a simple metal baseplate, but it’s still a very thoughtful idea.

Don’t get me wrong, there’s no doubt in my mind that the true value of the stand as far as Turtle Beach is concerned is more than accounted for within the Fuel’s competitively high MSRP, but for one reason or another it still feels like an indispensable extra, and I dig that.

The look of the charging station itself is also a bit on the tacky side, as the “faux” futuristic detailing on the main unit and matching headset base are really just decals printed onto some very basic, angular shapes, but that’s no big deal as the stars of the show are meant to be the controllers and their battery charge levels first and foremost. Still, Turtle Beach could stand to put a little more effort into the overall design.

“…the Turtle Beach Fuel Dual allows for easy frontal visibility of the attached controllers, which is great for collectors looking for space-saving ways to display their favorite Xbox gamepads.”

Generally speaking, the most important thing one should be concerned about with a charging station or dock is how well it works, while lesser concerns such as how the controllers sit while docked in the unit (e.g. flat, upside-down, back-to-back, etc.) don’t really need to enter the conversation. That being said, I’m definitely a fan of the Turtle Beach Fuel Dual’s low-profile, slanted-dock design, which presents the controllers in a more traditional, upright fashion.

Either controller can be easily picked up from the dock with one hand without any additional gymnastics from having to then flip the controller right-side-up up or from back-to-front, unlike some “flashier” charging docks out there that store controllers upside-down or back-to back. Even better, the Turtle Beach Fuel Dual allows for easy frontal visibility of the attached controllers, which is great for collectors looking for space-saving ways to display their favorite Xbox gamepads.

The only real downside of owning the Turtle Beach Fuel Dual is basically the same complaint that can be leveled against just about every third-party Xbox battery pack and/or charging station/dock that’s out there currently, namely the built-in dependence on proprietary, non-OEM accessories, such as the Fuel’s bespoke battery cover doors and battery packs. In other words, you can’t use official, Microsoft-manufactured accessories (e.g. the official Xbox Play and Charge kit) with the Fuel, nor can you charge a controller with a Fuel battery installed via the standard Microsoft method of plugging in the controller directly to the console.

“…I’m definitely a fan of the Turtle Beach Fuel Dual’s low-profile, slanted-dock design, which presents the controllers in a more traditional, upright fashion.”

As always, you can use an Xbox controller via a wired connection to your Xbox console or PC regardless of what battery is installed in it (or even if there’s no battery at all for that matter), but third-party batteries like those of the Turtle Beach Fuel Dual will not charge via this method.

There are obvious patent reasons for this, but when you think about it its also a necessary evil that pretty much applies to all such third-party charging stations or docks, as the standard charging method of plugging a Micro-USB or USB cable into the top of one’s Xbox controller simply doesn’t work when one’s primary aim is to provide a fast and convenient way to charge multiple gamepads at once. Essentially, if you want to use a charging station, you should expect to use proprietary, third-party components.

As a consequence, if you’re a nitpicky collector who wouldn’t dream of spoiling the look of a Limited Edition Xbox controller with anything other than its original battery cover (not me), then the Turtle Beach Fuel Dual probably won’t appeal to you, but if you’re more of a “kill two birds with one stone” kind of gamer, you’ll almost certainly appreciate all the hassle and time that the Fuel Dual will save you, not to mention the added space on your desk or shelf.

Although a bit pricy, the Turtle Beach Fuel Dual Controller Charging Station and Headset Stand is an ideal gamepad charging solution for users that also want to display their Xbox controllers within a small footprint, and could also use a convenient place to hang their favorite headset.
REVIEW SCORE
8.5
Buy On Amazon
File Under: Controller Charging Station, Headset Stand, Turtle Beach