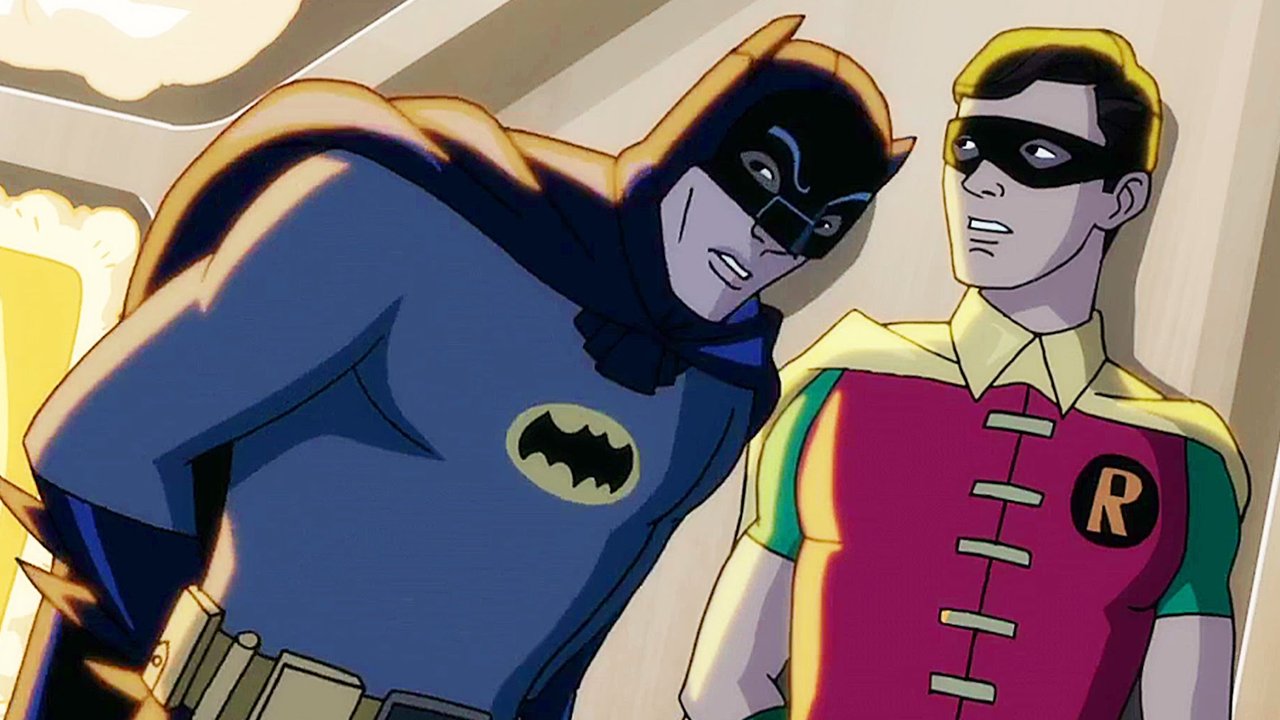 If you love Batman as much as we do here at CGM, chances are that you love all versions of Batman. It’s the versatility of the playboy crimefighter that makes him so damn enduring and endearing. Of course, those who love the many variations of Batty usually adore the first live action rendition of the character played by Adam West in the 60s. All of the darkness was scrubbed away to embrace the pure pop art insanity that the caped crusader and his colourful rogues provided. It’s one of the most purely entertaining comic book adaptations in history and somehow it’s back. Obviously West and Ward are too old to strap on the tights again, but their acting chops haven’t lost a beat and Warner Brothers’ DC Animation went ahead and did something magical by reviving vintage Bat-sanity for one of their most entertaining features to date in Batman: Return Of The Caped Crusaders. Holy direct-to-DVD animated classic, Batman!

There were persistent requests for this revival of old timey batty-ness. DC launched a Batman 66 comic book a few years back that has been reviving fan dreams ever since. This animated feature isn’t exactly a direct adaptation of the comic, but by virtue of just how obsessively the Batman: Return Of The Caped Crusader sticks to the classic formula it might as well be. Giant props, absurd Bat devices (including anti-Bat-antidote, because why not?), on screen onomatopoeia, endless cliffhangers, mountains of camp, and of course plenty of hilarity. This thing is so loaded with fan service that barely a second of screentime passes without some sort of satisfying reference (even to other representations of the great Batmen from pop culture lore) right down to some hilarious bat-dancing end credits.

The plot is as delightfully nonsensical as you’d hope and barely even worth describing. Bruce Wayne (Adam West) and Dick Grayson (Burt Ward) are going about their usual routine when they discover a new crime plot being perpetrated by none other than The Joker, The Riddler, The Penguin, and Catwoman (Julie Newmar!) in a team-up of dastardly proportions. With none of the budgetary limitations of the 60s show in play the adventure quickly goes to space and beyond. One twist involves an unexpectedly evil Batman who even clones himself for maximum Gotham stalking potential. It’s all completely insane and absurd, but never less than hilarious and entertaining. There are jokes within jokes within references within innuendo within punchlines within action scenes. It’s a gift that keeps on giving, from the opening credits featuring gentle parodies of famous Batman comic covers to a grand finale that involves every villain to appear on the classic series.

Granted it’s all nonsense and a plot that changes gears dramatically every 20 minutes, but even that feels like an accurate representation of the show that’s hard to resist. The art is a mix between the DC Animation house Bruce Timm style and the old 60’s designs that you love. Production values are noticeably higher than the recent Killing Joke feature that irked many. It blasts off the screen, especially in HD Blu-ray. You’ll want to leap out of the way when the “biff” “boom” “bang” graphics explode across your TV, but you won’t because you’re an adult (even if the movie has a magical ability to make you feel like a kid again). The impersonators in the voice cast standing in for departed greats like Caesar Romero and Frank Gorshin fill in admirably, but obviously a major part of the appeal of this project is the presence of Adam West, Burt Ward, and Julie Newmar. They slip into their old roles comfortably, dipping into the ironic acting that they created and getting big laughs with ease. It’s a joy to hear them again and a relief that the filmmakers behind this project provided a script worthy of their monster talents.

Now, it goes without saying that Batman: Return Of The Caped Crusaders isn’t high art. It’s just pure entertainment designed to push nostalgia buttons in the most pleasing way possible. There’s nothing of weight that viewers will get out of the experience, but it is a joy for those who love this slice of Bat-history. Sadly the extras department is a little lacking on this disc. There are two ten-minute featurettes on the film and the cast featuring interviews with all the notable players (hilariously West and Ward keep complimenting the writers for “updating” the material, even though it’s all 60’s nostalgia). However, they are so brief that they feel like promo material and it’s a bit of a rip-off to get featurettes selling you something that you already bought. But hey, what can you do? If the only complaint that can be held against the Batman: Return Of The Caped Crusaders Blu-ray is that the special features aren’t as satisfying as the giddily entertaining main event, then we are still very lucky Bat-fans who can and should feel grateful for this wonderful release. Best of all? The gang is already at work on a sequel based on the infamous Two-Face episode of the 60’s series that was dropped because the network worried it was too dark. At the time Clint Eastwood was going to play the role, now it’ll be William Shatner who will enter a camp-off with Adam West. In other words, we live in a magical nerdy era and should all be grateful to be alive. 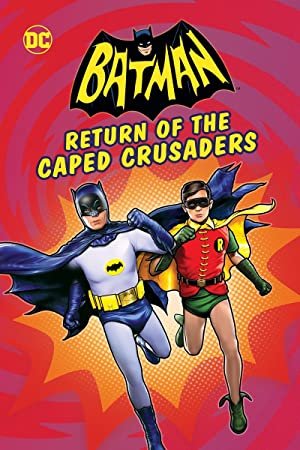