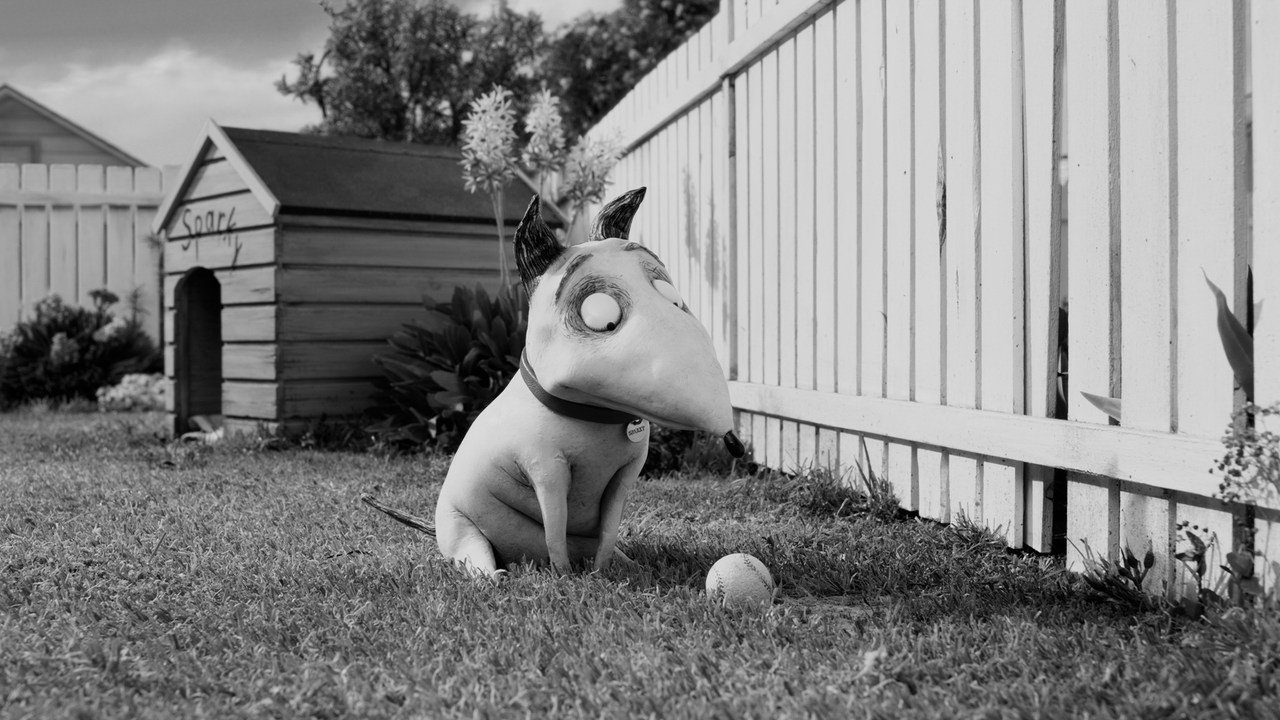 For a whole generation of children, Tim Burton was probably the person (well, along with Steven Spielberg) who made us understand what a director does. His movies had such a unique tone and style, it was clear all were made by one little goth man. Movies like Pee-Wee’s Big Adventure, Batman Returns, and Edward Scissorhands presented child-friendly stories with a darkness beyond what children are normally allowed to consume and a love of outsiders to give all the freaks out there a voice.

Then we all grew up and he sadly didn’t. Ever since Sleepy Hollow, Burton has been cranking out stale remakes that seem to lose the magic and edge of the original stories with the director now only concerned in his unique sense of visual design and/or finding work for Johnny Depp and Helena Bonham Carter. The announcement of a stop motion Frankenweenie was met with dread from all the former Burtonites. Now the man was literally remaking his own movie and harming the legacy 30 minute gem from the VHS era. Yet, I’m pleased to report that the movie is not the disaster that it seemed guaranteed to be initially. This is easily Burton’s best film since Sweeney Todd, a gently comedic horror movie for kids with some genuine subversion snuck in and a message that mercifully doesn’t beat audiences over the head. It’s not enough to suggest a comeback for the director (the original is still better), but Frankenweenie is a far better movie than anyone had the right to expect.

The story is essentially the same as the original short film Burton cranked out while under contract with Disney in the 1980s. It’s the Universal 1930s Frankenstein tale done for children with a dog. Victor Frankenstein is your average weirdo kid who likes making monster movies starring his dog to show to his parents (Martin Short and Catherine O’Hara). Then one day the dog dies and Victor is crushed until a middle school science class teaches him that electricity can resurrect the dead. So he assembles a make shift mad scientist lair in the attic and thanks to the power of good old fashioned lightening the dog comes back to life. Victor is thrilled, but of course the townsfolk don’t take too kindly to the existence of a zombie dog and rally against it. That’s the basic premise of the short, which has now been expanded to include more eccentric townsfolk, a pint-sized love interest for Victor voiced by Winona Ryder, a hilarious bug eyed classmate who predicts the future with cat poop perfectly played by Catherine O’Hara, and two competitive science fair students who attempt to resurrect their own departed pets, but end up making massive monsters for a town-stomping climax.

There’s no denying that the added material feels more like padding than anything else, but at least it’s entertaining padding. For the first time in years, Burton seems to be compelled by more than the visual design of the movie and the 86-minute kiddie monster mash never drags. The central relationship between the boy and his dog remains the film’s heart and it’s a strong one that taps into both personal emotions (that early childhood sense of loss that inevitably comes with any pet) for the filmmaker as well as the classic horror movies that fueled his gothic aesthetic. The expansions fall more into monster movie land with the climax no longer a play on the pitch-fork wielding townsfolk of Frankenstein as much as the radiation-fueled giant monster movies of the 50s. The evil hamster fueled finale is one hell of a set piece gorgeously rendered in stop motion animation that should safely frighten/thrill children of all ages (including those kids in the 20s and 30s) without overwhelming the delicate emotional core of the tale. The characters are all well crafted as well, particularly the variety of supporting players voiced Catherine O’Hara and Martin Short who add the distinctive brand of surreal characterization they’ve been peddling since SCTV to the proceedings. It’s blissful children’s entertainment with a subtle edge, the kind of movie that Burton used to specialize in.

There’s something nice about the fact that Tim Burton finally got to make a Frankenweenie feature at Disney since the original short was so dark, it was pulled from being a supporting feature as planned and led to him being fired from the company (though eventually they were all to happy to make some quick cash off of it on video when Burton became famous). Now he’s able to return to Disney to not only make the feature, but do it in black and white which has sadly been banned from Hollywood for years. It also seemed to resurrect Burton’s sense of storytelling and characterization, as if playing in his old sandbox somehow brought 80s Burton back to life. I’d like to think that means he’ll be here to stay, but since the man was also responsible for the mess that was Dark Shadows just a few months ago, that seems unlikely. He did seem to be far more proud of the feature on the press tours this time though, so perhaps Burton realized that the feature tapped into something he hasn’t done in quite some time. I’m sure that lazily remaking Alice In Wonderland or Charlie And The Chocolate Factory was good for the ol’ Burton family bank account, but the once outsider artist must have been dying inside at least a little bit. This version of Frankenweenie is not one of his best movies or even better than the original, but it does offer a brief flicker of that old Burton we all knew and loved. Let’s hope that’s not just a one off and he’ll start working on his own stories again. There can’t be many children’s classics left for him to remake at this point, right?

This version of Frankenweenie is not one of his best movies or even better than the original, but it does offer a brief flicker of that old Burton we all knew and loved. Letâ€™s hope thatâ€™s not just a one off and heâ€™ll start working on his own stories again. There canâ€™t be many childrenâ€™s classics left for him to remake at this point, right? 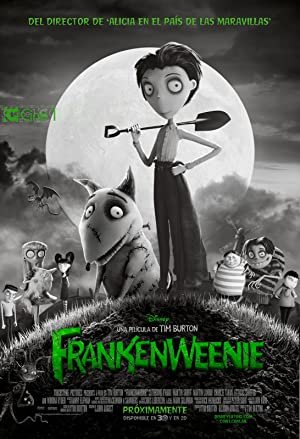