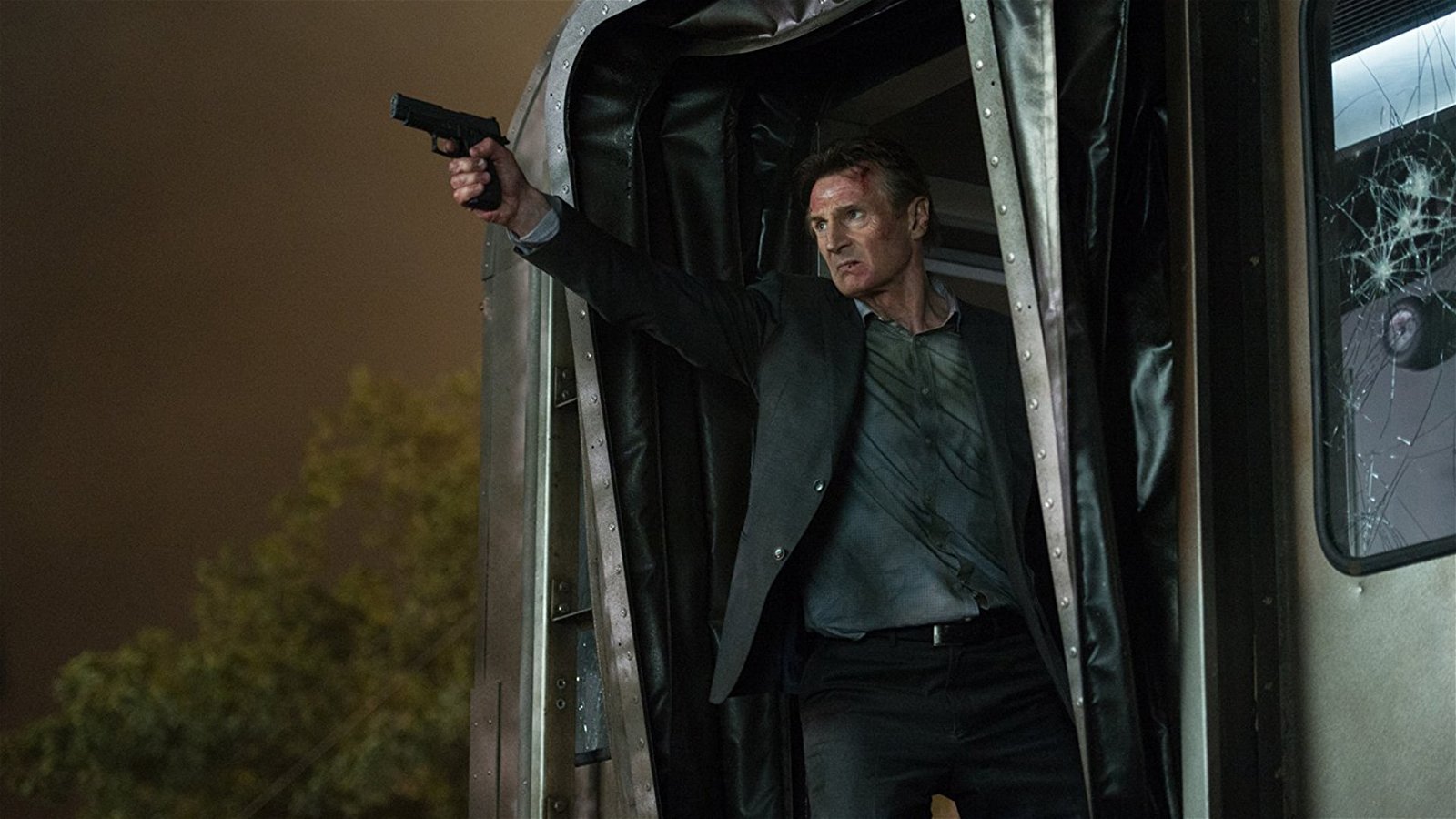 Not all stupid B-movies are created equal. Some are just dumb and bad. You know the type, even if it’s hard to think of specific examples since they tend to fade from memory so quickly. Other dumb B-movies are made by people smart in enough to play into the stupidity. You know, those special B-movie makers with a sense of humour who recognize that no matter what audiences will giggle at their dumb dumb action spectacle. The least they can do is lean into those laughs and make the silliness deliberate. Jaume Collet-Serra is one of those directors. He turned his Blake Lively Vs. A Shark movie (The Shallows) into a live action Looney Tunes cartoon, transformed the generic spooky kiddie movie, The Orphan, into a black-hearted farce, and has been Liam Neeson’s most consistent collaborator in the campy portion of the great actor’s career. Previously, the duo made Unknown, Non-Stop, and Run All Night together. If you’ve seen and appreciated how knowingly silly those movies are, then you’ll know what you’re getting into with their latest flick, The Commuter. Fortunately, it’s also one of their best dumb dumb action flicks and a goddamn delight for anyone who adores giggles and face-punching.

As hard as this might be to believe, Liam Neeson stars as a grizzled ex-New York cop in The Commuter. The emphasis is on the “ex.” He’s been out of the cop game for a decade, working at an insurance company to support his loving family and commuting into Manhattan every day. We see how long he’s been commuting during an absolutely beautiful opening credit sequence in which Jaume Collet-Serra weaves together jump cuts, match cuts, time-lapse photography, and every other technique he can think of to condense a year of routine into a few glorious minutes. After that, Liam has a bad day. He’s fired from his job and while drinking away his sorrows is reunited with his pitying former partner (Patrick Wilson) and boss (Sam Neil) to establish a potential buddy and villain. Then he rushes onto his commuter train while struggling to decide how to break the bad news to his wife. Something crazy happens next though. He’s approached by a mysterious woman (Vera Farmiga), who offers ol’ Liam $100,000 if he can use his old detective skills to hunt down a single unknown passenger on the train and plant a tracking device on them. Obviously, this woman is up to no good and has a collection of baddies on board to ensure that no good continues. Liam’s stuck in a trick predicament on a claustrophobic train. Let the action and suspense begin!

You may have worked this out already, but The Commuter is very much a throwback to the type of high concept action movies of the 90s. It could easily have been the sequel to Speed (or with a minor rewrite, even a direct sequel to Neeson and Collet-Serra’s own Non-Stop). The type of premise that’s simple enough to sell in a trailer and insane enough to hinge a whole action movie around. Sure, the script requires massive suspension of disbelief and piles on heaping helpings of stupid, but thankfully this filmmaker knows exactly how to make the silliness fly. Jaume Collet-Serra doesn’t pretend for a single second that this movie takes place in reality. Everything is heightened. The colours are too bright, the camera moves in impossible ways, every performance is a little arch, every line of dialogue is a little goofy. The filmmaker goes out of his way to establish that this doesn’t take place in our world, but a separate dimension. A place where silly action movies take place. A place where Nicolas Cage would feel like a human being. A place where explosions neatly send heroes flying right where they need to go. A place where a character could be evil or a hero. A place where those who love silly action nonsense like to call home. Best of all, the filmmaker does it all with a wink and a nudge.

There’s not a second of The Commuter where it isn’t clear that the filmmakers are acutely aware of how insane everything on screen feels and they play right into it. Almost any moment could be taken as a joke if you choose. The suspense still makes hair raise on the neck and the action still gets the heart pumping. It’s just that the filmmaker is unafraid to embrace the ridiculousness of the enterprise for extra fun. That’s really what you want from this sort of thing and clearly, everyone involved is having a ball. The cinematic technique is on overdrive and the actors are all shooting over the top. Well, except for Neeson of course. As usual, he treats it like one of the prestige dramas that kicked off his career and never leans into the big dumb joke that is the big dumb movie. That, of course, only makes it all play better. By playing it completely straight, he just makes the whole thing that much sillier and funnier, like one big deadpan joke.

The Commuter is a big dumb action movie for people who love big dumb action movies. Yes, it plays like a campy goof for those who enjoy such things, but it can also just feel like a big goofy ride if that’s all you want in your action movies. It ain’t art, but it is fantastic trash. The type that doesn’t insult the intelligence of those who like giggling at these sorts of things. Is it a masterpiece? Obviously not. Regardless of the irony involved, this is still just a B-movie. It’s not ambitious. It’s just goofy and disposable entertainment. There’s nothing wrong with that though. Especially when it’s done this well. Hopefully Jaume Collet-Serra and Liam Neeson keep this stupid streak going for as long as they can stand each other. 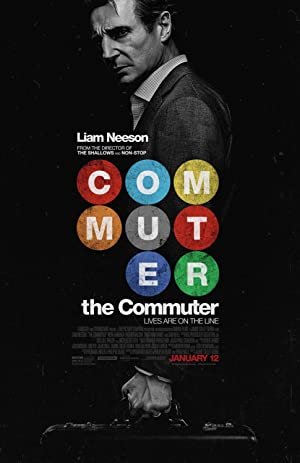