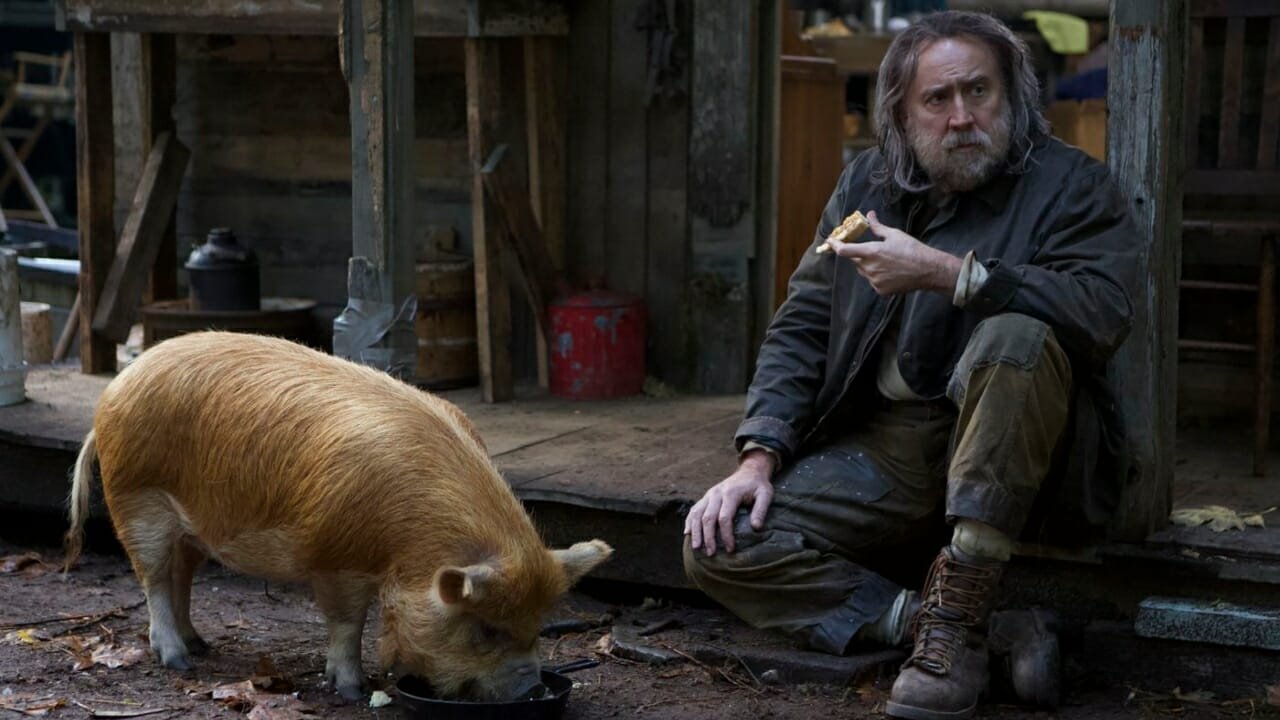 Nicolas Cage is a master of his craft, but his agent: not so much. It was a ride growing up with his films and seeing his potential tapped by talented directors, and it was incredibly jarring to witness his downward spiral into schlock.

It’s wild, as he still sneaks a good flick like Joe in there every now and then, but for the most part, he was Driving Angry throughout most of the 2000s and 2010s. Now we have Pig: a rare reminder that Cage can not only act but carry an entire drama if he needs to.

To say too much about Pig would strip away the magic of your first viewing, but the premise is simple enough. Nic Cage is a reclusive truffle gatherer who lives in the woods with his truffle pig. After it’s taken from him, he attempts to get it back at any cost.

“Now we have Pig: a rare reminder that Cage can not only act but carry an entire drama if he needs to.”

It’s very easy to think “oh, so it’s another John Wick-like film,” but that couldn’t be farther from the truth. I mean, initially, that’s kind of what I assumed it would be! But writer/director Michael Sarnoski turns that notion on its head and adds a quiet beauty to Cage’s journey as Rob, with a great turn from Alex Wolff as his companion/loose business partner.

Cage is the perfect casting choice for this. Again, he is a leading man (no matter how dormant he may be at any given time), and he gives it his all here. He’s quiet when he needs to be, but also enigmatic, kind of like Cage in real life. There’s a believable kindness to him when he speaks, listens, and gives an attentive look.

Another secret weapon is Sarnoski’s subtle script. The dialogue isn’t vomiting expository dialogue every ten minutes, which a lesser film would definitely do. Instead, we get to experience the entire tale with Cage’s character as it happens. We get time to linger on locations and events before moving too quickly to the next thing.

At one point, I audibly said “what the hell is this movie?!” excitedly. Now look, I’m a huge Cage fan. But describing a Nic Cage movie—in 2021—as “one of the most beautiful films I’ve seen in years” is not how I thought this would go at all. I spent my entire session glued to Pig, and it stuck with me long after I finished it.

There’s a quiet beauty to Pig, which goes places no one expected it to, and actually sticks the landing. 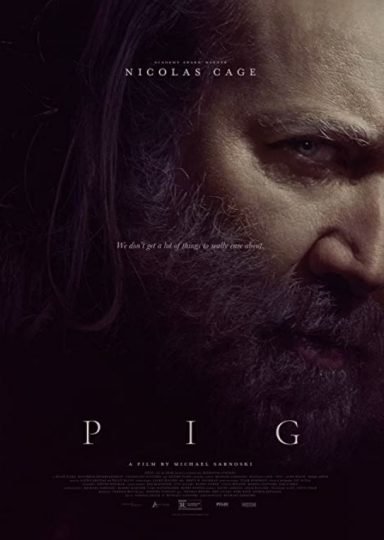