Tenacious D in The Pick Of Destiny (2006) Review 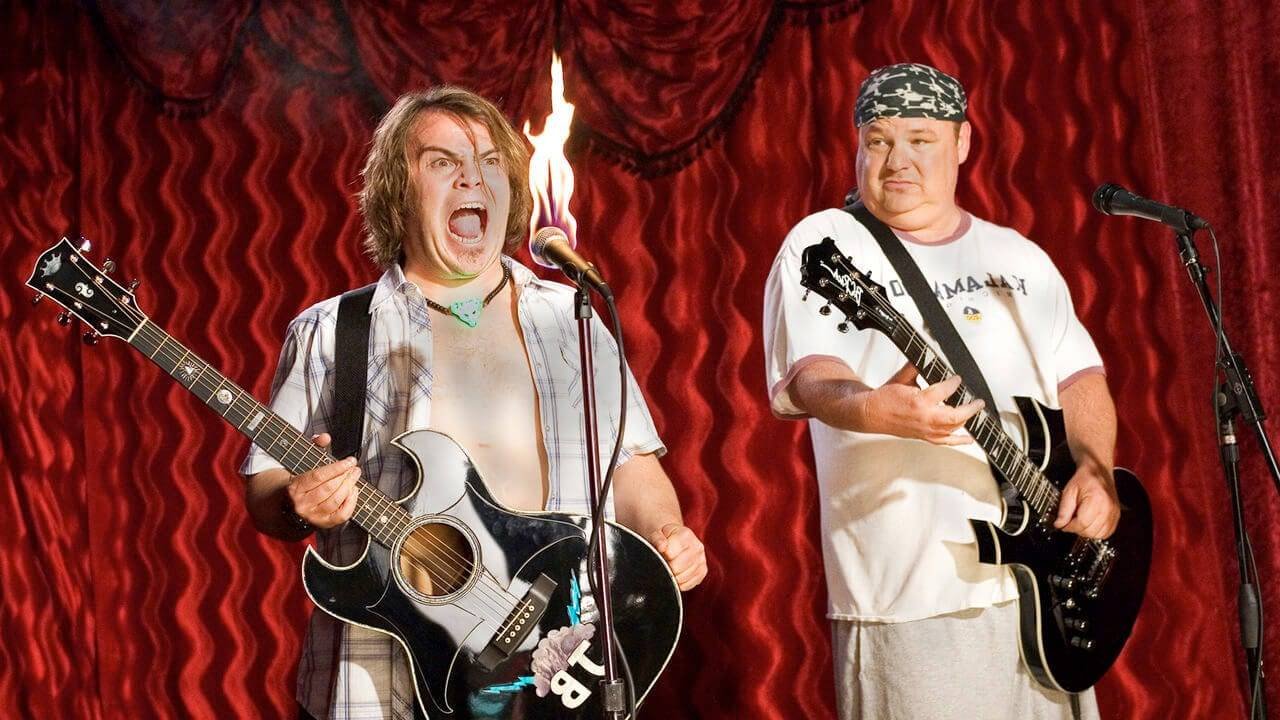 Based on a series of shorts for HBO, Tenacious D became more that just a bit of fun for Jack Black and Kyle Gass; it became a movement, a philosophy, and a musical phenomenon. In The Pick of Destiny, we now finally learn the story behind how the Greatest Band in the World came to be and how they came to conquer the world of rock. It should be noted however that this movie was obviously made with the intention that for the best viewing option then the audience should watch it enhanced, if you follow my meaning there. But chances are that you’ll probably enjoy it either way.

JB is a rocker through and through, but his uptight, conservative father just doesn’t understand. So JB runs away to where people know how to treat each other right–Hollywood. Once on Venice Beach, JB meets up with KG, AKA: “The Cage” and the two strike up a friendship as KG promises to teach his new partner the ways of rock. Destined to form a band–judging from the birthmark on their butts–they call themselves Tenacious D and proceed to enter a karaoke contest. But they’re missing one essential ingredient, a certain something that will ensure their rise to fame and fortune: the Pick of Destiny. Made from the chipped tooth of the Devil himself, the Pick has been passed down through the Greats of Rock and now resides in the Rock and Roll–history museum. Music, hilarity, and drug abuse ensue as the D’s great quest begins.

Of course, The Pick of Destiny walks a well-tread path, but what separates it from the pack is the chemistry and comedic timing between Black and Gass and the frequently hilarious Tenacious D tunes. Flatulence and stoner humour abound, but that’s to be expected because these guys know who they’re playing to, not to mention the fact that the manic energy of Jack Black cannot be denied. His style seems random, like he’s making the lyrics up as he goes, and maybe he is for some of them, but the point is that he sounds like it. Gass is a great side man, but don’t think that he’s a sidekick; KG and JB are full partners in this venture and the movie makes it clear that you can’t have one with out the other when it comes to the D.

There are some neat cameos too with Meatloaf as JB’s dad, Ben Stiller as a disciple of the pick, Amy Poehler as a truck stop waitress, and Tim Robbins as a mysterious Stranger. There’s also an appearance by both Sasquatch and Satan (brilliant reprised by David Grohl who played the part in an earlier Tenacious D video), which I believe has got to be a movie first. But then again, there is a lot to The Pick of Destiny that just has the feeling of having been done before. This kind of tribute by way of spoof is not necessarily a new idea, but I thing the Tenacious boys squeeze enough laughs out of it to make the whole thing worth while.

The Pick of Destiny has some great music and more than enough laughs to satisfy. As to why it didn’t do better last weekend, I wish I knew; but fans of good, old-fashioned, big-show rock should be satisfied, as well as anyone even remotely amused with the comedy stylings of Jack Black.

Tenacious D in The Pick of Destiny has some great music and more than enough laughs to satisfy. 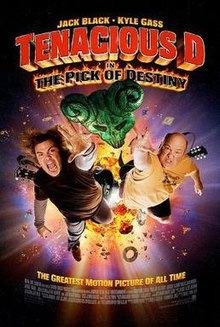