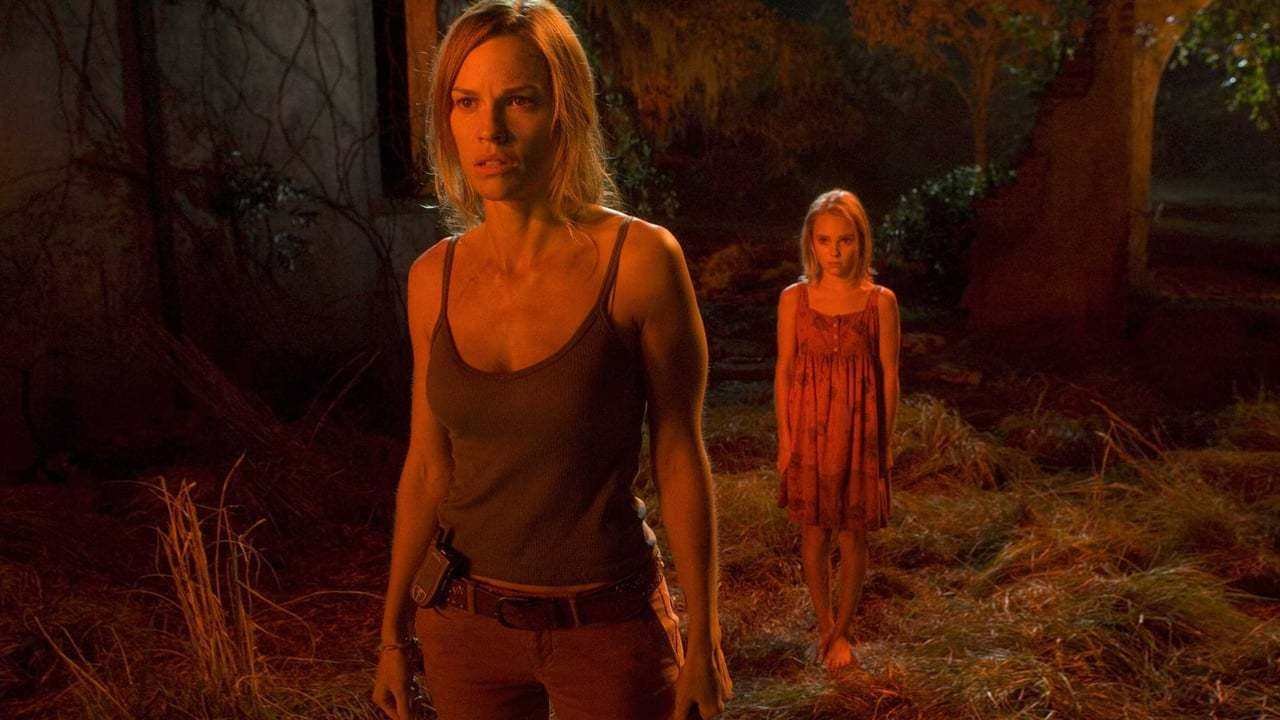 Science and religion, faith and reason, Horror and Christianity—all these things are frequently combined in movies Some are better than others, and those others are usually just plain horrible. The Reaping isn’t quite that bad, but I was forced to take off a star for making absolutely no sense whatsoever by the time the credits rolled. After spending two years in holding, obviously waiting for divine inspiration about a logical ending, The Reaping proves that there’s never a good time to unleash an apocalypse.

The film follows Katherine Winter (Hilary Swank), a former Christian missionary that now debunks supposed miracles with cold, empirical science. She’s requested to visit a small Louisiana town called Haven, where the local river has turned to blood. The fear of the townsfolk is that this is the first of ten Biblical plagues as outlined in Exodus. These same local yokels are also terminally convinced that a girl on the edge of the swamp is the little anti-Christ at the centre of it all. Try as she might, Katherine can’t get her head around what the frak is going on, meanwhile the plagues a keep on a comin’ and the locals start sharpening their pitchforks and lighting their torches.

My question is: why can’t Hollywood make a movie that seriously explores the dual themes of reason and faith? How many of these films have I seen now where the hero, once faithful, suffers impossible tragedy which provokes them to ditch their faith for booze, pills or science. Then, when they’re confronted with circumstances they can’t explain, they find their way back to faith and are able to win the day and defeat evil. Amongst all this existential stuff though is usually some kind of discussion about the nature of faith, whether it’s Church officials covering up revelations to preserve their blessed dogma, or Arnold Schwarzenegger telling the Devil that it’s a choir boy compared to him. Oh yeah, the Devil in End of Days also observed the Bible as an “overblown press kit”—now that’s doctoral thesis material if I’ve ever heard it.

Why is it six of one, half-dozen of the other with these movies? Why are faith and science so mutually exclusive. I realize that there’s a separation of church and state in government, but in movie characters… Come on, I’m sure there are millions of religiously faithful scientists balancing both aspects of their lives as they go about their business every day. But I feel I’m getting off topic, because the real story about The Reaping is how the film goes from steadily creepy to bizarrely confusing somewhere around the hour mark. Given that this is the point where the phenomena central to the plot begin to get some explanation, it’s a supremely poor place to lose your train of thought.

The production design and art direction is fantastic and the various set pieces are really well done between the river of blood and the attack of the locusts. There are more than a few good jump moments I have to say, but the story services all and when the script doesn’t make sense you spend more time scratching your head than watching for the thrills. You leave the film with more questions than answers, which would be fine if you were at a religious service or academic symposia, but this is a movie; fiction should make sense, at least in the short term. Any narrative conundrums would have been swayed by including characters worth carrying about, which there were none here. C’est la vie I guess, it was only the end of the world as they know it.

The production design and art direction of The Reaping is fantastic and the various set pieces are really well done between the river of blood and the attack of the locusts. 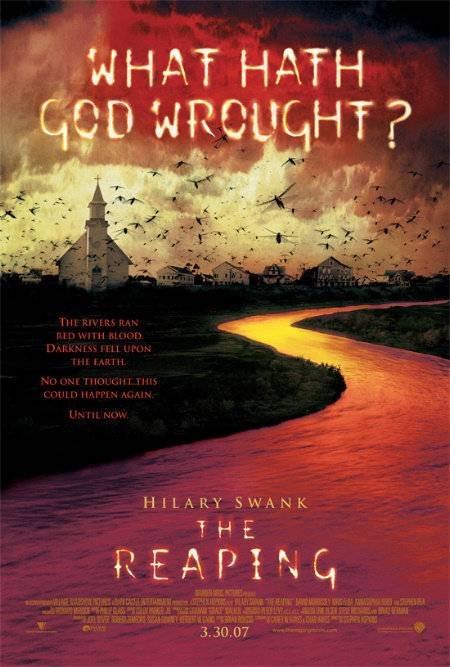